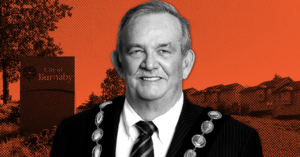 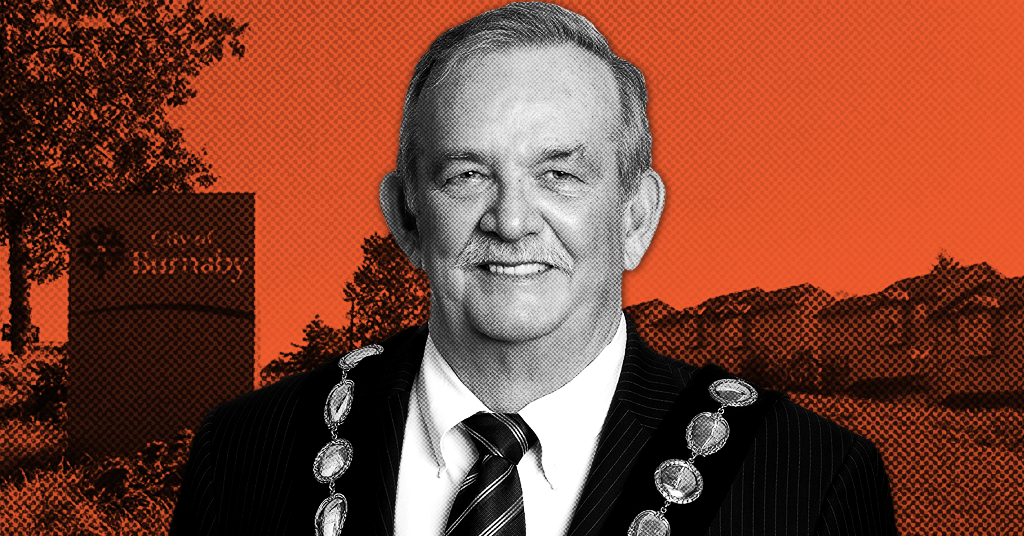 The Longtime Mayor of Burnaby, BC Could Go Down in Flames Because Housing is Too Expensive

With voters heading to the polls for municipal elections across British Columbia on Saturday, polling conducted in the final week of the campaign shows Corrigan  trailing by a wide margin behind progressive challenger Mike Hurley.

According to the polling, an overwhelming number of Burnaby voters identify housing affordability as their top issue, showing how issues of inequality and affordability are reshaping the political landscape in suburban BC.

“Hurley, who has promised a moratorium on demovictions and announced a housing affordability plan, has capitalized on residents’ concerns,” the analysis adds, noting the progressive challenger leads 54% to 38% over the longtime incumbent among voters whose top concern is housing affordability.

A report released this week by the online rental portal Padmapper named Burnaby as the third most expensive rental market in Canada behind Toronto and Vancouver. 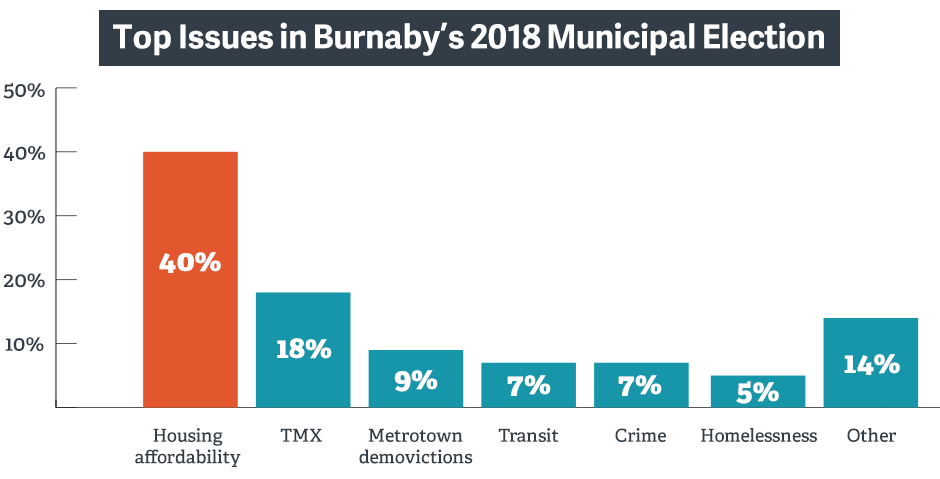 Hurley, the former head of BC’s Professional Firefighters’ Association, cited “demovictions” as one of the main reasons he joined the race for mayor.

“There are (people) who’ve lived there for 46 years and kicked out on the street with really nowhere to go,” Hurley said in June. “This mayor has no empathy for this type of person anymore.”

So-called “demovictions,” referring to the demolition of older apartment buildings to make way for condos, have come to symbolize the housing affordability crisis with lower-income residents being kicked out of their homes.

Polling shows 74% of Burnaby voters who name demovictions as their top issue are backing Hurley and his call for a moratorium on new developments until residents can be provided with “accommodation at the same rent levels” elsewhere, and calling plans to provide assistance and accommodations to families dislocated by luxury developers.

By contrast, Corrigan and his Burnaby Citizens Association councillors – who are  responsible for rezoning an area of Burnaby known as Metrotown to make way for condo towers – only released their housing plan two weeks before election day.

Corrigan has personally faced intense protests by affordable housing activists who accuse the mayor of dismissing the concerns of Burnaby’s lower-income residents.

A clip from last night’s tense public hearing in Burnaby. Earl Pollitt, who lives beside one of the buildings up for rezoning, appeared distressed about what is happening to his neighbours, and what may happen to him if he is demovicted #vanre pic.twitter.com/xRmPIjo1wZ

Corrigan’s tone-deaf remarks have certainly rubbed many the wrong way.

Last year, Corrigan dismissed the displacement of mainly low-income, racialized immigrant and refugee families in the area as a reality of the “capitalist system”:

In 2016, Corrigan defended the evictions of low-income residents by comparing people’s lives to cooking an omelette:

“If you want to make an omelette, you have to break a few eggs.”

In 2013, Corrigan told Burnaby Now that he opposed building a homeless shelter, describing the kinds of people who use shelters as the type who would steal your “gold fillings” if they found you dying on a sidewalk:

“The people in permanent shelters-of which Vancouver has dozens and most cities in the region have at least one-are by and large beyond hope, he said. They’re either addicted, seriously mentally ill, or habitual criminals. Some live in rooms crammed with junk floor-to-ceiling, and many rooms are infested with bugs. And, as he told me, many are the type of folks who, if they found you dying on the sidewalk would pull out your gold fillings.”

The battle playing out in Burnaby reflects the growing anxieties of suburban voters reacting to inequality and unaffordable housing both in British Columbia and across the country.

Over the last decade under Christy Clark’s BC Liberals, wages for workers stagnated  as housing costs in metro Vancouver skyrocketed, with the cost of detached homes  jumping 19 times relative the median household income and condos increasing by a  six times the rate of incomes. 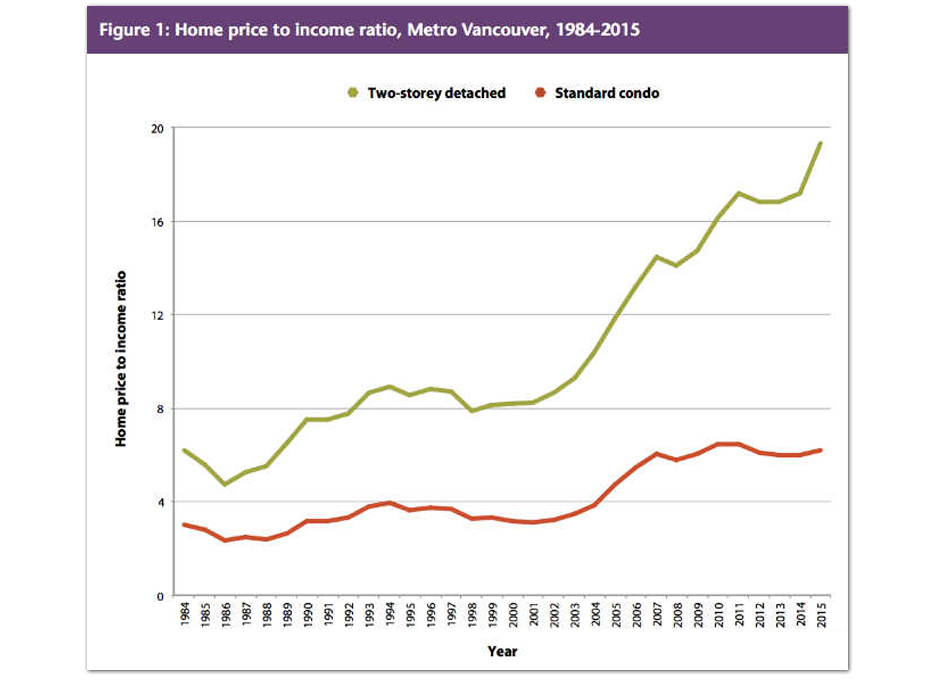