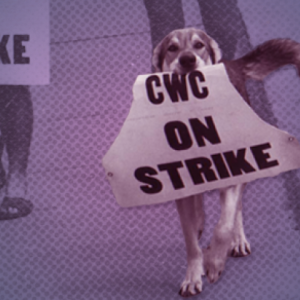 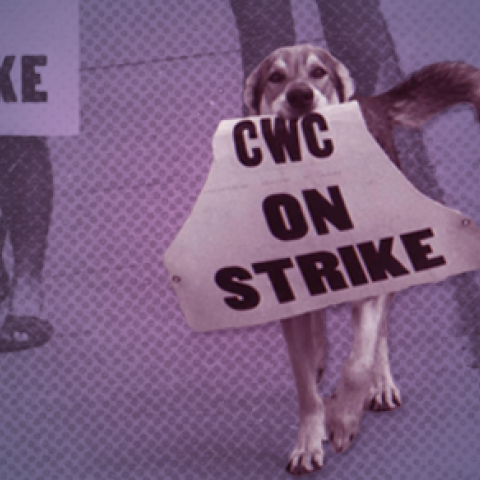 The Supreme Court of Canada just struck a major blow to conservative efforts to erode unions by protecting their right to strike.   In striking down a controversial provincial labour law, and upholding public sector workers right to strike, the court has set a precedent for challenges to laws around the country — and created a potential […]

The Supreme Court of Canada just struck a major blow to conservative efforts to erode unions by protecting their right to strike.

In striking down a controversial provincial labour law, and upholding public sector workers right to strike, the court has set a precedent for challenges to laws around the country — and created a potential headache for Stephen Harper’s government.

That’s because the court’s ruling adds fuel to the fire behind a legal challenge to similar restrictions the Conservatives placed on federal workers in Bill C-4.

That bill gave the Treasury Board the sole right to determine what constitutes an essential service — essentially allowing them to decide which workers are denied the right to strike.

The court gave Saskatchewan one year to fix its Essential Services Act, which the conservative Saskatchewan Party introduced after winning power in 2007.

Their landmark ruling could bolster challenges nationally and in other provinces:

The Supreme Court majority ruled that Saskatchewan’s law violated the right to “freedom of association” under the Charter of Rights and Freedoms.

In their ruling, they called the law “impairing,” noting “the breadth of essential services that the employer is entitled to designate unilaterally without an independent review process, and the absence of an adequate, impartial and effective alternative mechanism for resolving collective bargaining impasses.”

The ruling certainly calls into question a couple of the key talking points drafted for Treasury Board President Tony Clement in defending the federal changes made in Bill C-4:

Why would the designation of essential services be determined exclusively by employer?

The safety and security of the public must be adequately maintained. The employer is in the best position to determine the number of employees required to maintain delivery of essential programs and services within their organizations.

The Canadian Bar Association (CBA) says these provisions “introduce a unilateral employer right to determine essential services in the federal public service.” This means the word “essential” now means whatever the Conservatives want it to mean.

The CBA points out that in order to give the government greater leeway in declaring everything “essential,” Bill C-4 changes “the definition of ‘danger’ that justifies work refusals in all federally regulated workplaces” — something that would put the health and safety of countless workers at risk.

Would employees lose any rights as a result of these proposed changes?

No. The proposed amendments relate to improvements to processes and reducing overlap in certain areas.

What the amendments do is undermine worker’s right to strike. PSAC spells it out in its court filing: declaring everything “essential” would “render strike activity effectively meaningless.”

Oh, and empowering Clement to call anything and everything “essential” allows “the employer to prohibit more employees from participating in a strike than is necessary.”

In other words, the amendments violate worker’s freedom of expression. “The Supreme Court of Canada has repeatedly confirmed that this right is to be broadly interpreted,” PSAC’s notice of application states, “to protect non-violent action that conveys meaning, including the strike-related activities, such as picketing.”

A spokesperson for Clement told the Ottawa Citizen the government “will be studying the decision carefully, with the Canadian taxpayer in mind.”