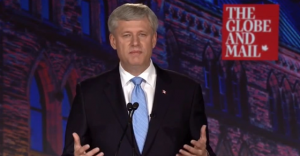 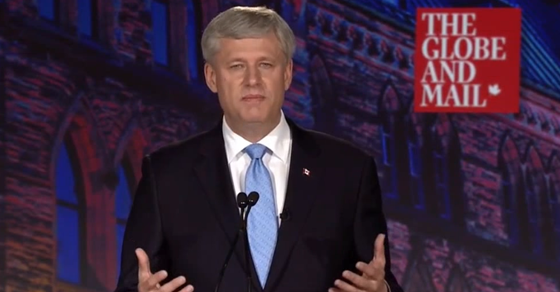 Stephen Harper might want to ask for a mulligan.

Stephen Harper might want to ask for a mulligan.

During Thursday night’s Globe Debate on the economy, the Conservative leader claimed it is impossible “to raise hundreds of millions of dollars through closing the treatment of stock options, there is simply not that kind of money.”

The Department of Finance’s own numbers show the government lost $750 million in revenue due to use of the stock option loophole last year.

“Stock options have become the single largest component of compensation among CEOs and senior executives at large publicly traded companies in Canada,” University of Victoria public administration professor Lindsay Tedd explained in 2012. “The income from stock options is granted preferential tax treatment when compared to other forms of employment remuneration.”

While most people pay tax on 100% of their wages or salaries, corporate executives who pay themselves in stock options are able to avoid tax on half their income thanks to a special deduction created in 1984.

It’s estimated 90% of the benefits from stock option loophole go to Canada’s wealthiest 1% of taxpayers.

Ten of Canada’s top CEOs have nearly one and a half billion dollars in unexercised stock options alone.

In 2013, the Globe and Mail reported that a dozen Conservative and Liberal Senators held millions in stock options from their work moonlighting on corporate boards. Senators Pamela Wallin (who will soon discover if she’ll be facing criminal charges) and Irving Gerstein (currently the chief fundraiser of the Conservative Party) each held close to a million dollars each in stock options.

Even the Conservative Party’s often turned to “tax expert” Jack Mintz concedes closing the stock option loophole “is a better way to tax the rich than to just raise rates.”

Correction notice: An earlier draft of this story indicated Mintz holds stock options in connection to his work on two corporate boards. In fact, Mintz holds restricted shares, which are taxed at the full personal rate.