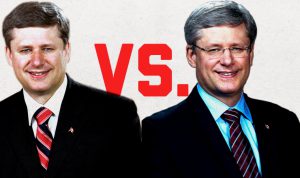 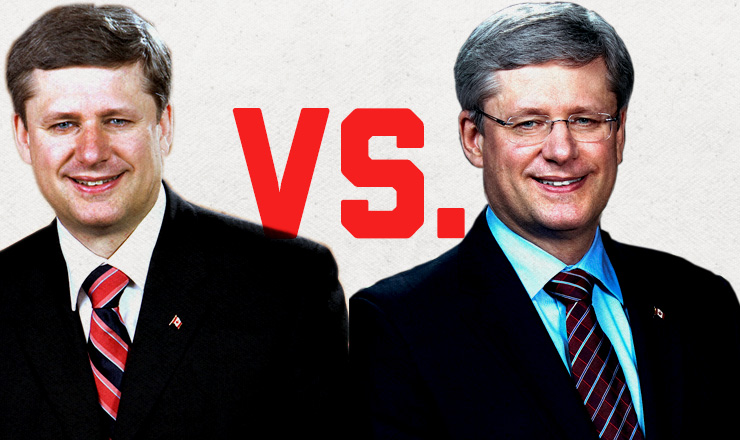 Maybe Stephen Harper needs to have a chat with his former self about "respect" for the public service.

Maybe Stephen Harper needs to have a chat with his former self.

In early 2006, while but a humble Opposition leader, he attacked the government of the day for failing to “respect” public servants and vowed to treat the public service as a “partner” instead of an “enemy.”

Harper’s own record since taking office has proved quite the opposite — to the point where it’s all-to-easy for the media to voice suspicion that the Tories are behind current “unnamed sources” out to discredit senior public servant Michael Ferguson.

The timing is certainly suspicious — right before the scheduled release of the Auditor General’s report into the Senate spending mess.

It certainly wouldn’t be the first time the Conservatives have gone after a top level public servant or the public service.

On the eve of the 2006 election, Stephen Harper said he’d do things differently:

“I have a great respect for the professionalism and dedication of our public servants. I admire their commitment to our country and believe they play a crucial role in its governance. If elected, my party and I would not only secure their role, we would strengthen it for the benefit of all Canadians. For more than a decade, public servants have been mistreated and neglected by successive governments.”

We know what happened next, with Harper doing more or less the exact opposite of what he said he’d do:

“First and foremost, and contrary to fearmongering, we have no plans to cut departmental program spending.”

In just the last six years, federal departments have seen $45.8 billion in cuts from planned spending. Meanwhile, 26,000 public servants have lost their jobs and another 8,900 are at risk of losing them.

The cuts have led to serious reductions in vital services for Veterans Affairs, Statistics Canada, and food safety inspections.

So much for restoring pride and respect!

“We would provide meaningful protection for whistleblowers — guaranteeing them access to the courts and adequate legal counsel when needed. I would not take public servants for granted, nor would I ask them to take the blame for our mistakes. Instead, I would give them the direction and resources they need to do their jobs for the people of Canada.”

If we played Harper’s whole discography of scapegoating and bullying public servants, you’d be here all day. But his greatest hits include Supreme Court Justice Beverley McLachlin (repeatedly), Parliamentary Budget Officer Kevin Page  and former Auditor General Sheila Fraser — he seems to have a real hate-on for that particular position.

When not scapegoating, the Harper government has a habit of simply firing or failing to reappoint public servants who get in his way.

“If I am elected prime minister, I would extend an open hand to all public servants… I would not take public servants for granted, nor would I ask them to take the blame for our mistakes.”

The Conservatives currently find themselves in hot water for sidestepping collective bargaining in negotiations with the public service — all over a preemptive move in the federal budget to slash sick pay and save $900 million.

Looks like someone’s taking the “blame” for the Conservatives’ inability to balance the budget on their own.

“If elected, a Conservative government would .. restore the pride and respect the purpose of Canada’s public service. Our platform… outlines a series of steps we would take to safeguard the independence and integrity of the public service.”

Independence and integrity, eh? Government scientists say both have been hampered under Harper’s leadership — with a majority fearing the career consequences of sharing their work with the public, and 1/4 saying they’ve been asked by their department to exclude or alter information for non-scientific reasons.

When allowed to speak to the media, scientists’ say their message is carefully controlled by what some have called a partisan “spin machine.”

One of Canada’s top scientists recently even compared the Harper government’s pattern of snooping and muzzling to what happened in the Soviet Union under the KGB.

Things are so bad, the Professional Institute of the Public Service of Canada recently said it will fight to have “scientific integrity” enshrined through collective bargaining.

At the end of his editorial, Harper concluded:

“Canadians across the country believe that it is time for a change. They are tired of scandals, tired of RCMP investigations, and tired of waste and mismanagement.

He could have been talking about 2015.