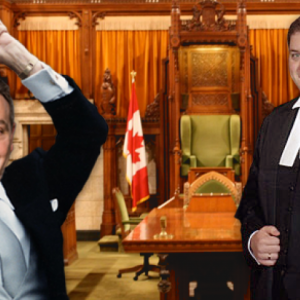 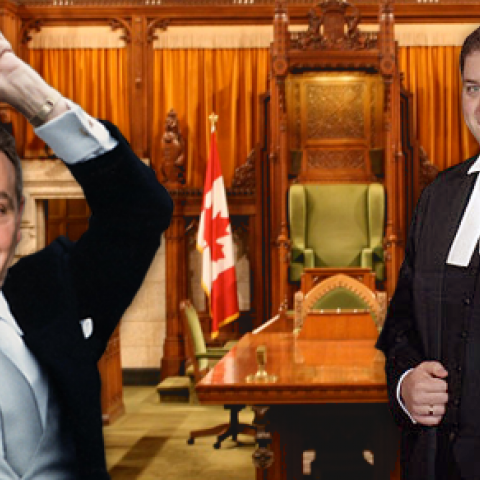 It hasn’t been a good week for House of Commons Speaker Andrew Scheer. After a few bad days on Parliament Hill, the Speaker has actually managed to grab some attention away from Stephen Harper’s point man in Parliament, Paul Calandra.   The PM’s Parliamentary Secretary caused a collective face-palm after dodging very simple questions from the NDP […]

It hasn’t been a good week for House of Commons Speaker Andrew Scheer.

After a few bad days on Parliament Hill, the Speaker has actually managed to grab some attention away from Stephen Harper’s point man in Parliament, Paul Calandra.

The PM’s Parliamentary Secretary caused a collective face-palm after dodging very simple questions from the NDP about the government’s troop deployment to Iraq. Instead, Calandra repeatedly declared his support for Israel.

Sheer’s response? He reiterated that he plans to do absolutely nothing to hold the government accountable for at least answering questions.

As the House’s referee, it is the Speaker’s job to interpret and enforce many obscure rules. Scheer is a soft-spoken, amiable and utterly likable guy. And what he has allowed to happen under his watch is a travesty.

The House of Commons right now is too often an embarrassment. Every day, MPs and ministers rise to mindlessly read talking points without ever engaging in actual debate.

Except for Stephen Harper, Scheer has more power than any other person to improve the health of Canada’s democracy.

But he consistently refuses to step in. According to the Speaker, as long as there is some response — say, repeating the ABCs or singing a Miley Cyrus song — the question is deemed to have been answered. It is not his job to judge the quality of the answer …

Parliament has become a sideshow. If the Paul Calandras of the world refuse to act like adults, Canada needs a Speaker who will force them to. If Scheer doesn’t want to be that person, he should resign and let someone else be the saviour of common sense.

McLeod isn’t the only one who’s unhappy with the job Scheer is doing.

“The speaker’s job, in Question Period, is to preside,” Den Tandt concluded. “He can’t do that if he allows inanity to prevail utterly, making a mockery of the very institution in which he sits.”

And then on Twitter, journalist and author Dan Gardner mused whether “a traffic pylon in the speaker’s chair [would] do the job as well as Andrew Scheer?”

The blow back comes a day after Scheer rose in the House and explained he was powerless to do anything, cautioning critics that rulings on Question Period proceedings “evolved over a broad span of time” and based on precedents “upheld by successive Speakers.”

Scheer cited former Speaker Peter Milliken, who said “the Speaker has no authority over the content of answers” in the House of Commons. Sheer even borrowed Milliken’s line, “that is why it is called Question Period not Answer Period.”

He then went on to cite his own ruling from January 2014: “successive speakers in our House have maintained our tradition of not intervening in respect of answers to questions, and I do not intend to change that. For me to deviate from this long-standing practice would require an invitation from the House.”

In other words, the Speaker says he’s going to rely on a tradition of not doing anything to handle unconventional behaviour in the House.

But tradition is a funny word.

As McLeod points out, Scheer’s “view of the evolving role of the Speaker is apparently so strict that he believes he has no right to evolve it further.”

Here is Scheer in his own words: