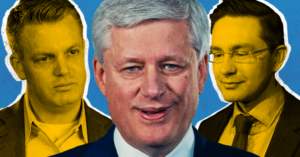 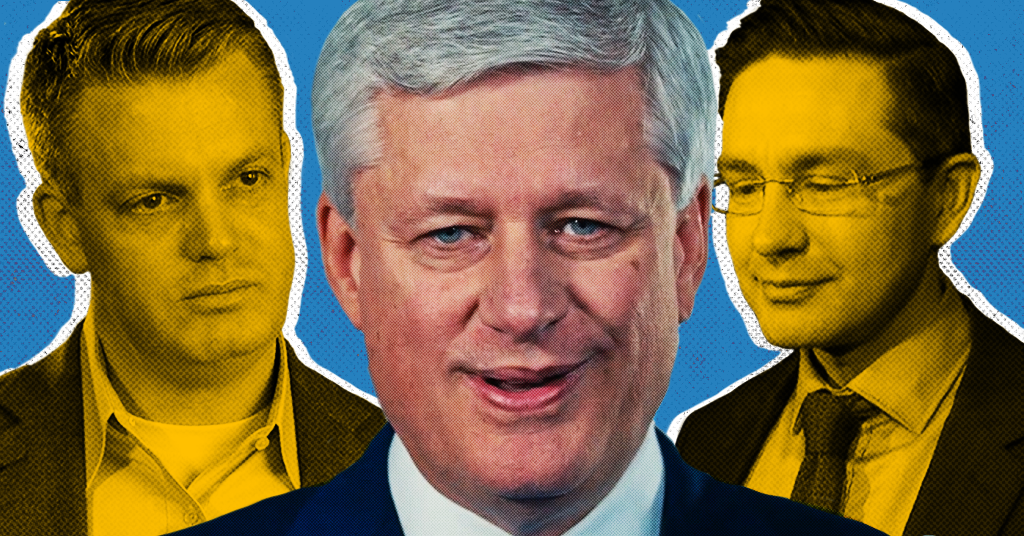 What the heck is going on inside the Conservative Party of Canada?

If you haven’t been paying close attention, something very strange and mysterious is going on behind-the-scenes of the Conservative Party of Canada.

It’s hard to say what exactly is happening, but by now it’s nearly impossible to deny that a dramatic soap opera seems to be playing out behind closed doors, featuring the conservative movement’s biggest and most-powerful names.

This all comes at a time of reported“organizational chaos and bitter recriminations”  in the  Conservative Party,  following last October’s election defeat.

Here are a few moments that might suggest something could indeed be rotten in the state of the Conservative Party of Canada:

The sad and tragic end of Andrew Scheer’s leadership

Everyone expected Andrew Scheer to gracefully resign and make way for someone new to take over the Conservative Party when he failed in his mission to topple Justin Trudeau’s Liberals last October.

But when Scheer showed signs he might try to hold onto the leadership, the powers that be made it known they had no patience for a long goodbye.

Scheer resigned after a leak revealed the Conservative Fund — the entity that controls the Conservative Party’s money — had been quietly paying elite private school fees for Scheer’s children.

Adding to the intrigue, the Conservative Fund’s board of directors, which include former lobbyists for Irving Oil, big tobacco, Stephen Harper and a handful of Harper-loyalists, claimed they had no idea about Scheer’s expenses.

To date, there has been no real explanation for how the information leaked out of the Conservative Fund in the first place.

Kory Teneycke’s lonely but courageous battle for the truth

While no one knows how the information leaked out of the Conservative Fund, it appears we do know who told Ottawa’s top journalists about it.

Stephen Harper steps down from the Conservative Fund

Just as reporters started asking questions about how Scheer’s expenses became public, another unexpected event happened: Stephen Harper resigned from the Conservative Fund’s board of directors.

According to Maclean’s: “Harper had been urged by friends and party officials to resign from the Conservative Fund Canada board after the messy resignation in December of the party’s leader, Andrew Scheer, and the controversial dismissal of its executive director, Dustin Van Vugt, over expenses Scheer had been incurring.”

But after Harper’s resignation, unnamed sources offered Maclean’s a different explanation: “Harper’s main goal in resigning is to free himself up to block Jean Charest’s campaign for the party leadership.”

Scoop from Paul Wells and @stphnmaher: Stephen Harper has abruptly resigned from the Conservative Fund board, and the party’s structure is in chaos. https://t.co/bLLpbYiHdO

Preston Manning steps down from the Manning Centre

Then, there was the surprise exit of Preston Manning from the Manning Centre, the right-wing think tank Manning founded and named after himself in 2005 to “strengthen Canada’s conservative movement.”

In an e-mail to supporters on January 16, the Manning Centre announced Manning is “going into retirement” and the organization will be changing its name without explaining why.

Manning was also a no-show at town hall meetings for Jason Kenney’s “Fair Deal” for which the former Reform Party leader is a panel member.

While the Manning Centre has appeared to struggle in recent years, the sudden and unceremonious departure of the conservative movement’s elder statesman raised eyebrows, to say the least.

Manning Centre announces it is changing its name following the departure of founder Preston Manning: pic.twitter.com/qPcJNoe9DY

After “sources close to the former Quebec premier” suggested he was mulling a run for the Conservative leadership out of a deep concern for “national unity,” Charest abruptly dropped out of the race on January 21.

Charest told the Globe and Mail, winning the Conservative leadership would involve too many obstacles — he didn’t mention if Stephen Harper, who was said to be organizing an Anybody But Charest campaign, was one of those obstacles.

Despite Charest’s public statements, a video was discovered by Global News on YouTube showing Charest announcing the launch of his Conservative leadership bid, before it was “swiftly pulled down.”

So this is very odd. A video from Jean Charest saying he was running for CPC leadership was online for an hour before it was swiftly pulled down. @davidakin #Cdnpoli #cpcldr pic.twitter.com/qouU536oT1

After writing an essay from 11 pm to 7 am one summer night in 1999, a 20-year-old Pierre Poilievre’s life was changed forever. That essay got him short-listed as a finalist in a contest sponsored by billionaire auto parts magnate Frank Stronach to find the next Prime Minister of Canada (Mike Duffy and Joan Crockatt were the contest’s judges).

Since that day, Poilievre has slowly but steadily pursued that dream — and, up until this week, it seemed Poilievre’s dreams might finally come true.

But without warning, only a few days after Charest pulled out of the race, Poilievre announced he would do the same, suggesting he had a last minute change of heart because he didn’t realize how much work goes into being a party leader.

Poilievre told reporters Friday he asked Harper for advice on raising a family and striking a healthy work-life balance, before making his decision.

Conservative MP Pierre Poilievre is out of the leadership race. He was scheduled to formally announce his race on Sunday #cdnpoli https://t.co/jp12uotA3p

Here’s another chin-scratcher — Harper’s former Chief-of-Staff Ian Brodie has taken a senior adviser role inside the Office of the Leader of the Opposition.

CBC News reported Conservatives suggest Harper’s “right-hand man” is coming back to “rein in what’s being described by some as a ‘Wild West’ atmosphere in both the Official Opposition leader’s office and the wider party.”

Further adding to the intrigue, Harper’s former communications director, Kory Teneycke, penned a column for CBC Opinion titled: “It’s Stephen Harper’s party — and he’ll do what he wants to.”

The column takes several digs at Preston Manning (Harper was “critical of Manning for his lack of conservatism”), downplaying Harper’s mission to stop Charest (“It is unlikely that was ever true, but given Charest’s decision to not enter the race, it clearly is no longer a motivation”) and defends Harper’s role in the Andrew Scheer debacle (“Harper has a near anaphylactic intolerance for expense account abuse”).

After fondly recalling how Harper used to quote King Louis XIV (“I am the state”), Teneycke asserts that Stephen Harper is the Conservative Party of Canada.

“There is no path to victory running against Harper’s legacy,” Teneycke writes, adding that all candidates will need to “kiss the ring of Harper’s legacy.”

“It is still Harper’s party.”

It’s Stephen Harper’s party – and he’ll do what he wants to https://t.co/wkz520TTsn #hw #cdnpoli pic.twitter.com/mO8q5qUK5w