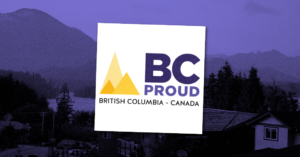 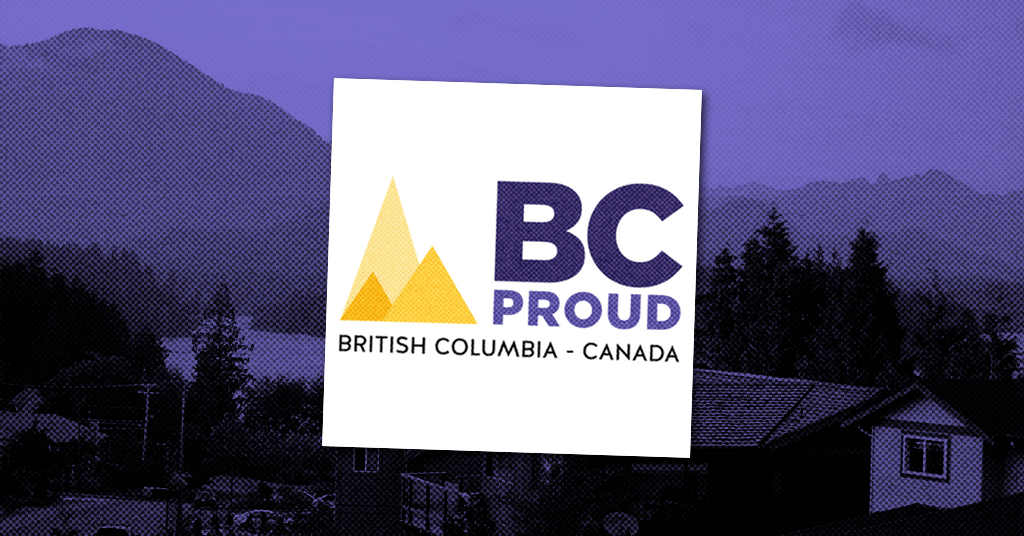 A prominent right-wing Facebook page wants you to let them know if police “did the right thing” when they shot and killed an Indigenous woman in New Brunswick.

“BC Proud,” a member of a network of right-wing Facebook pages that also includes “Canada Proud” and “Ontario Proud,” posed that question to its followers on Friday.

This week, 26 year-old Chantel Moore, originally from the Tla-o-qui-aht First Nation in British Columbia, was shot to death by police in Edmundston, New Brunswick after they were called to go to Moore’s apartment to check on her well-being.

Police opened fire and shot Moore five times. Edmundston Police, which are now facing an investigation, allege she had a knife and characterize the killing as an act of self-defence, but have not offered any explanation as to her motive.

While the killing attracted widespread condemnation and calls for an investigation from federal government ministers, Indigenous leaders, civil rights advocates, academics, journalists and others.

BC Proud struck a different tone.

“Do you think the police did the right thing here?” the right-wing group asked on both Facebook and Twitter above a link to an article by the Post Millennial, a right-wing news website co-owned by Jeff Ballingall, a former Conservative Party staffer and Bay Street lobbyist, who is also a director of BC Proud. 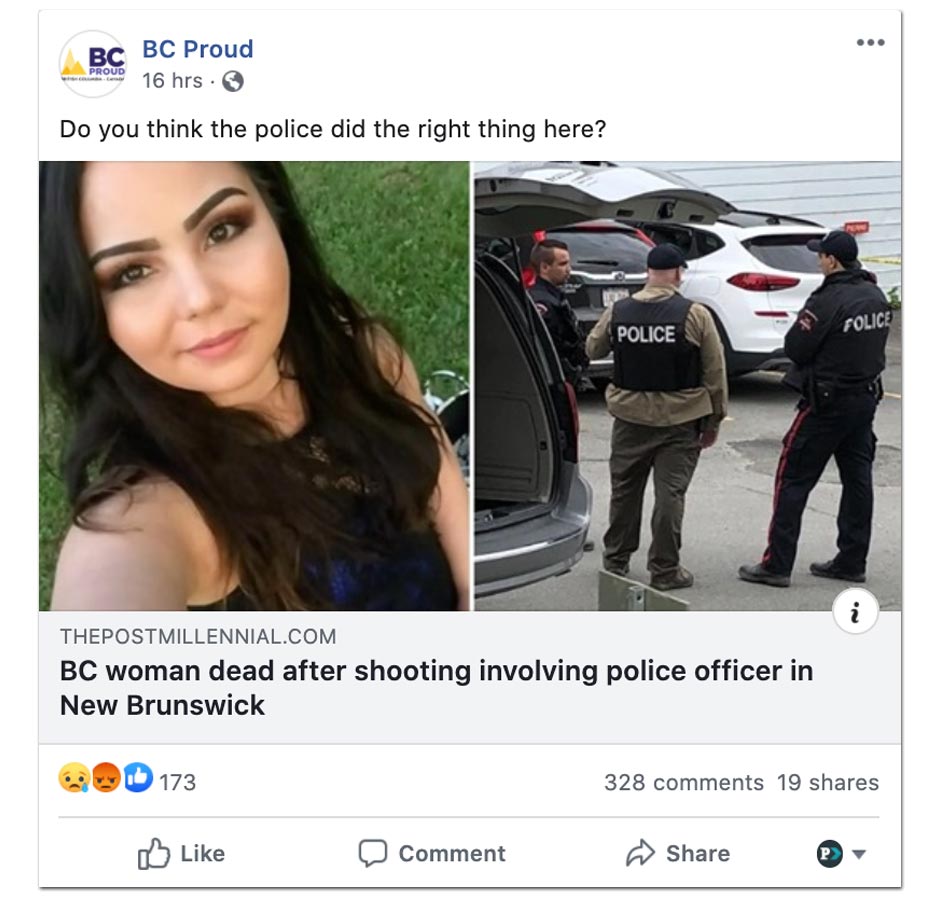 Comments on BC Proud’s Facebook post drew a mixture of responses, with some expressing sympathy and others suggesting the woman got what she deserved.

“You raise a knife at anyone you get what you get,” wrote one BC Proud follower. “If it’s between the police officer going home or the knife threatening suspect. The officer should go home every time.”

Another BC Proud follower worried that the incident shows Canada is heading towards “Sharia.”

“We are heading to a lawless society ‘Sharia’ Just what the liberals want,” they wrote. “I’m sorry this young woman lost her life because of her actions.”

“Never bring a knife to a gun fight,” replied a “top fan” of BC Proud. 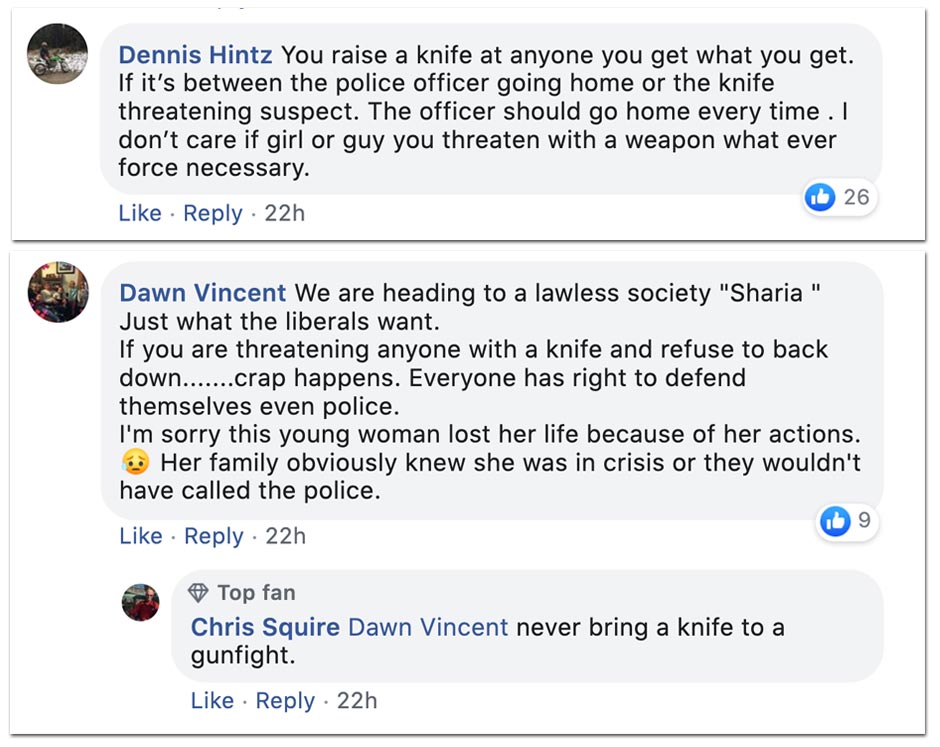 Comments from BC Proud followers

Other commenters responding to BC Proud’s post criticized the group for using the woman’s tragic killing to incite “toxic” commentary.

One commenter accused the group of posing a deliberately provocative question to “appeal to redneck Monday morning (quarterbacks),” adding: “Surely you can do better than that BC Proud? A person is, tragically, dead.” 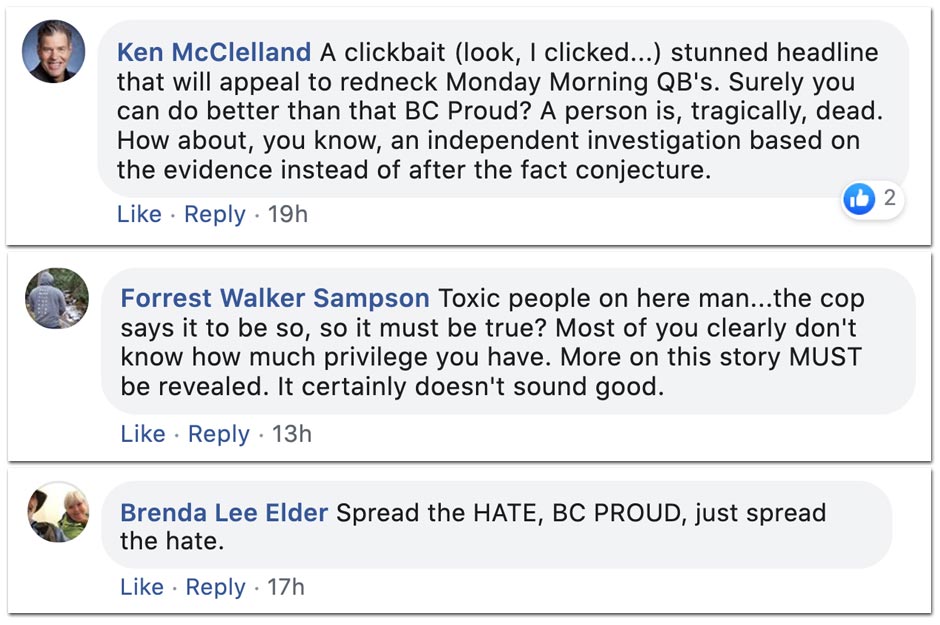 Comments from BC Proud followers

According to the Globe and Mail, more than a third of people shot to death by RCMP officers between 2007 and 2017 were Indigenous, despite Indigenous people only making up 5% of the population.

Update: Shortly after publication of this story, BC Proud removed the post from its Facebook page. BC Proud did not provide a note indicating a post had been removed or explaining the reasons for its removal.