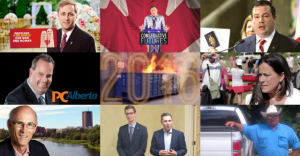 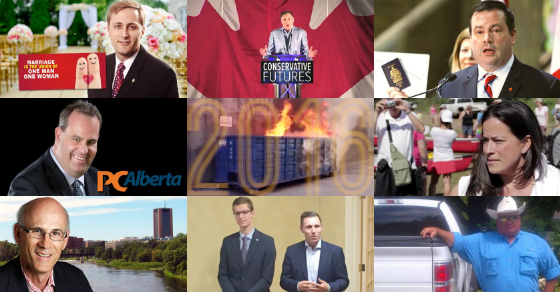 Here are eight very newsworthy stories PressProgress was first to report on that made headlines around Canada in 2016.

2016 is winding down, so why don’t we all take a trip down memory lane?

Here are eight newsworthy stories PressProgress was first to report on that ended up making headlines around Canada in 2016:

1. Remember when the Clerk of the Privy Council compared Carleton University students to nazis and communists? Noting that “Wernick’s remarks were the focus of a report this past weekend by PressProgress,” here’s how the National Post reported on our story:

Brownshirts were the paramilitary wing of Adolf Hitler’s Nazi party and played a key role in his rise to power in the 1930s, often disrupting the meetings of opposing parties. Maoists were followers of Communist China’s revolutionary leader Mao Zedong.”

PressProgress’ reporting even forced Prime Minister Justin Trudeau to awkwardly reply that he “looked forward to working” with his new PCO Clerk.

Congratulations to @PressProgress for inspiring a Mulcair question on past comments by his new PCO Clerk, Michael Wernick! 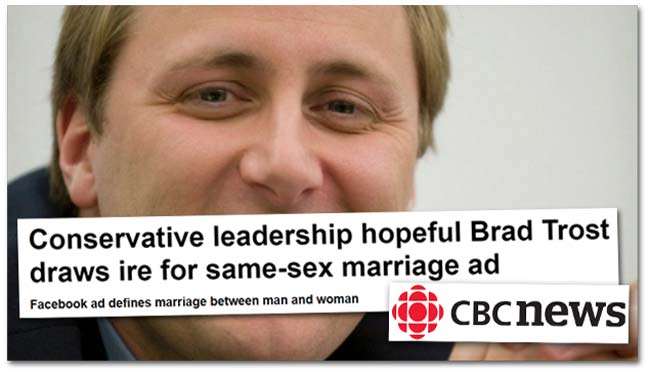 In September, PressProgress was first to report on a Facebook ad run by Conservative leadership candidate Brad Trost featuring an image of two fingers that declares: “marriage is the union of one man, one woman.”

Trost’s spokesperson told PressProgress that “Mr. Trost has been pretty clear and in no way supports the idea of gay marriage.” 3. Remember the time an Alberta Tory executive resigned because he accused Earls Restaurants of supporting terrorism? And PressProgress was the first outlet to report on Alberta PC executive Craig Chandler’s accusation that Earls Restaurants supports terrorists back in April:

Chandler later announced he would be resigning from the party’s executive board:

@CraigBChandler is resigning from the PC Party’s board. This comes after his social media comment that Earl’s supports terrorists. #ableg

4. Remember that thing about “the sinful nature of homosexual practice”? In November, PressProgress was first to report on 19-year-old Ontario MPP Samuel Oosterhoff’s history of posting articles that variously describe “homosexuality” as a “sin” and criticize Christians who take a moderate view on the subject.

Does Patrick Brown know what his teenage candidate thinks about the ‘sins’ of ‘homosexuality’? https://t.co/ifkySyFoFN #onpoli #niagara pic.twitter.com/hwSFHb1T1o

Here’s how the Toronto Star followed-up on it:

“Press Progress … dug up articles he’s posted on social media that denounce homosexuality and criticize Christians who do not disapprove of it. Oosterhoff also wrote a supportive note on Twitter about the activities of the Association for Reformed Political Action, a group affiliated with his church that has held anti-abortion rallies and argued same-sex marriage sets society on ‘the slippery slope to polygamy’.”

During Oosterhoff’s first scrum as an MPP at Queen’s Park, Oosterhoff repeatedly refused to clarify his personal views on the subject or elaborate on how his views will shape how he votes on public policy.

5. Remember how the Justice Minister supported a dam she previously said was a violation of treaty rights? Over the summer, PressProgress pointed out inconsistencies in Justice Minister Jody Wilson-Raybould’s position on the controversial Site C dam:

Although she previously said the project runs “roughshod” over “Aboriginal title and rights, including treaty rights,” after taking office, Wilson-Raybould didn’t object to her government’s support for the project.

Here’s how the Vancouver Sun reported on it:

“The 2012 video interview, being circulated by the organization Press Progress, shows Wilson-Raybould attending a Site C protest in her previous role with the Assembly of First Nations.

‘The country’s reputation is at stake with approval of these projects like Site C, like the Enbridge pipeline,’ Wilson-Raybould says in an interview apparently conducted at the protest. ‘Our reputation as a caring and considerate, environmentally friendly nation internationally is going to be questioned, and running roughshod over aboriginal title rights, including treaty rights, is not the way to improve that reputation.” Back in 2013, Conservatives were outraged when then-Liberal leader Justin Trudeau expressed his “admiration” for China’s “basic dictatorship.”

Flash forward to 2016 – where was their outrage when Conservative leadership candidate Maxime Bernier praised China’s single-party communist regime for its “less government and more freedom” approach?

“They have a government that gives freedom to people, a government like we used to have here in Canada before Trudeau’s been elected,” the former Foreign Affairs Minister explained.

7/7 Fact is Chinese are relatively freer and lot richer, while here big government is back and we will be relatively less free and poorer.

Here’s how iPolitics reported on the fallout:

“China gives its people freedom. A Conservative said that.

On the same day Maxime Bernier officially announced he’s running for the Conservative leadership, clumsy comments he made about China a few weeks ago in Barrie, Ontario again made the rounds on social media. More bafflement ensued…

The snippet of Bernier’s speech was posted on March 29 by Press Progress — a Broadbent Institute project that has, over the years, embarrassed plenty of Conservatives.” Then there was Conservative MP Larry Miller.

In 2015, PressProgress was first to report on Miller’s anti-niqab commentary telling Muslim women to “stay the hell where you came from.”

In 2016, the Bruce-Grey-Owen Sound MP shared an meme on Twitter comparing poor people to wild animals, stating that “please do not feed the animals” signs in national parks should be the same approach to “46 million people” on “food stamps”:

Is this seriously what Larry Miller thinks about people on welfare? https://t.co/x3gNNc02WS #cdnpoli #onpoli pic.twitter.com/XRe4ZyJHsN

As the Owen Sound Sun-Times later reported, many members of a drop-in centre in Miller’s riding weren’t happy with his out-of-touch comments:

The same image on Miller’s site was posted on U.S. Senate hopeful Annette Bosworth’s Facebook site in 2014, which was reported online by MSNBC. That story was linked to in a May 16 PressProgress blog post about the Miller Twitter controversy.” Here’s how the Sherwood Park News, Gunn-Reid’s hometown newspaper, reported on it:

“Sheila Gunn-Reid, a resident of Strathcona County and a Rebel Media personality, took to her YouTube page to call Quest out, denouncing him as a Liberal, and saying that he was beaten in the May 2015 provincial election by a ‘gender-queer Colombian immigrant’, making reference to current NDP Strathcona MLA Estefania Cortes-Vargas…

The incident was picked up by the website pressprogress.ca, which has often held the Rebel Media to the fire.”

After that meltdown, Gunn-Reid read scripted lines into a webcam describing our coverage of Jason Kenney as an “epic, cry baby, left wing freakout” and suggested she wouldn’t be surprised if we were also “lying underneath Jason Kenney’s car or rummaging through his garbage like an errant bear.”

Here’s a quick sample of our work that got Gunn-Reid so defensive:

If you’re happy our work upsets this kind of person, then please consider making an important donation – help us continue our work: