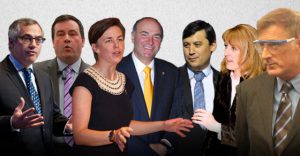 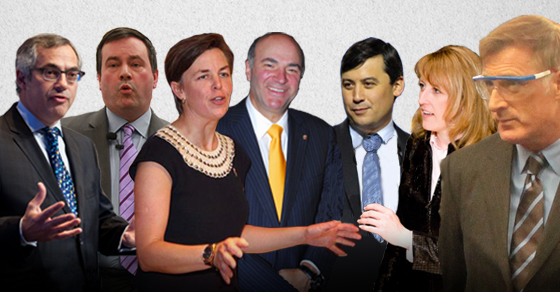 Place your bets! Here are the odds on the CPC leadership candidates

Are you a gambler?

Are you a gambler?

As the Conservative Party gathers for its first official meeting since losing power last fall, there can be only one question on most people’s minds: who will replace Stephen Harper on May 27, 2017?

Though not all of the likely hopefuls have declared, a clear field is starting to emerge. Believed to have a strong power base within the Conservative rank and file, especially among social conservatives, Kenney’s vulnerabilities include his talent for tweeting fake images, getting into strange and unnecessary fights on social media, and his weird views on history.

He may want to stay off Twitter for a while to help his odds. If at first you don’t succeed…

With the benefit of two leadership races under his belt, Clement also brings almost a decade of experience as a Harper cabinet minister. With an Instagram following unrivaled in Canadian public life, Clement can also go toe to toe with the Prime Minister when it comes to selfies.

His love of gazebos, though, could prove a liability. Rumoured to have a large campaign infrastructure behind her, Leitch, who entered federal politics in 2011, may find her stance on women’s reproductive rights out of step with much of the country.

But, apart from her relatively short time in politics, her biggest weakness in convincing non-Conservatives that she’s a potential Prime Minister will always be that she actually pitched a snitch-on-your-neighbour hotline. Another Ontario hopeful, Raitt is a match with any of her rivals in terms of cabinet experience.

Some of her past positions, from pushing back-to-work legislation to overseeing cuts to public services, may give her an edge with Conservative activists but prove a liability when it comes to almost everyone else in the country.

And best not to count on the support of postal workers. With biker-gate probably well behind him, Bernier also has the virtue of being one of the earliest to get out of the gate.

Even more so than many of his colleagues, his history of taking staunchly right-wing positions will undoubtedly be a hit with Conservative activists. His 2015 reelection campaign in Beauce also produced arguably the greatest jingle in Canadian politics.

But his attachment to exotic right-wing dogma could be a problem. Conservative values are reflected in China? Bringing back the Gold Standard? Pull the other one, Max. Pro tip: If you actually want to lead a political party, calling them a bunch of “losers” probably isn’t a winning strategy.

A longtime resident of Boston, O’Leary is best known for his role on reality TV. Advantages? He’s currently the only dragon to enter the race. Disadvantages? Pretty much everything else.

Will O’Leary’s poorly executed Donald Trump routine win over the Conservative faithful? Only if they’re in the mood to lose again. Best known for his interest in democratic reform and what many regard as a principled resignation from Harper’s first cabinet, Chong boasts more cross-partisan appeal than any of his rivals. If members of Canada’s press gallery got to decide on the CPC’s next leader, he’d probably win in a landslide.

But Chong may struggle in a field dominated by candidates who wear their conservatism on their sleeves a little more prominently.