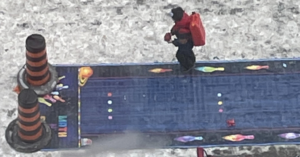 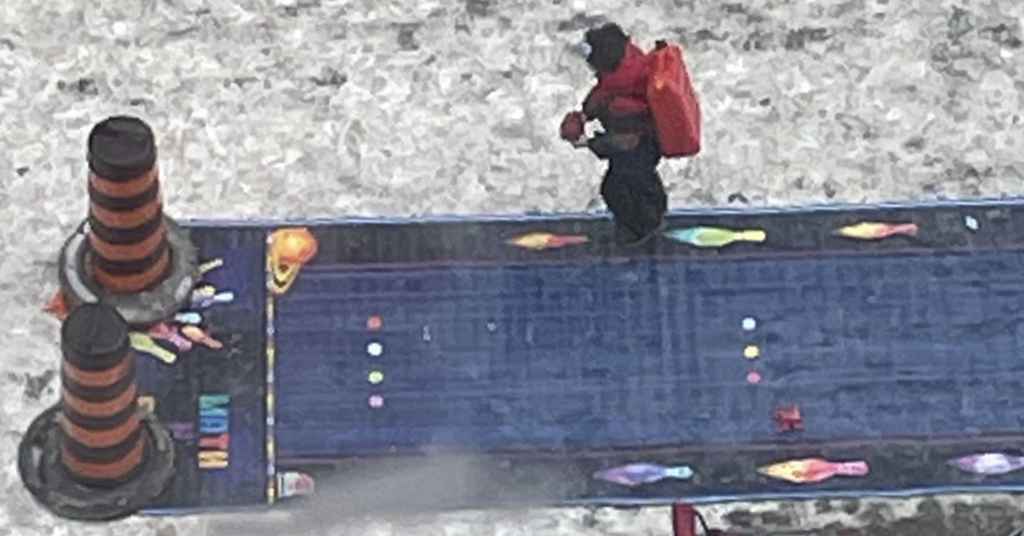 This article is more than 11 months old
New

by Mitchell Thompson and Luke LeBrun

Photos taken at Parliament Hill in Ottawa Wednesday afternoon appear to show a young child with a gas can strapped to their body.

The photos, which were obtained exclusively by PressProgress from a source who works in downtown Ottawa, show the child running back and forth on a mat while wearing a gas can as if it were a school backpack.

The photos show the child playing in the middle of Wellington Street on a stretch of road between Parliament Hill and the Supreme Court. 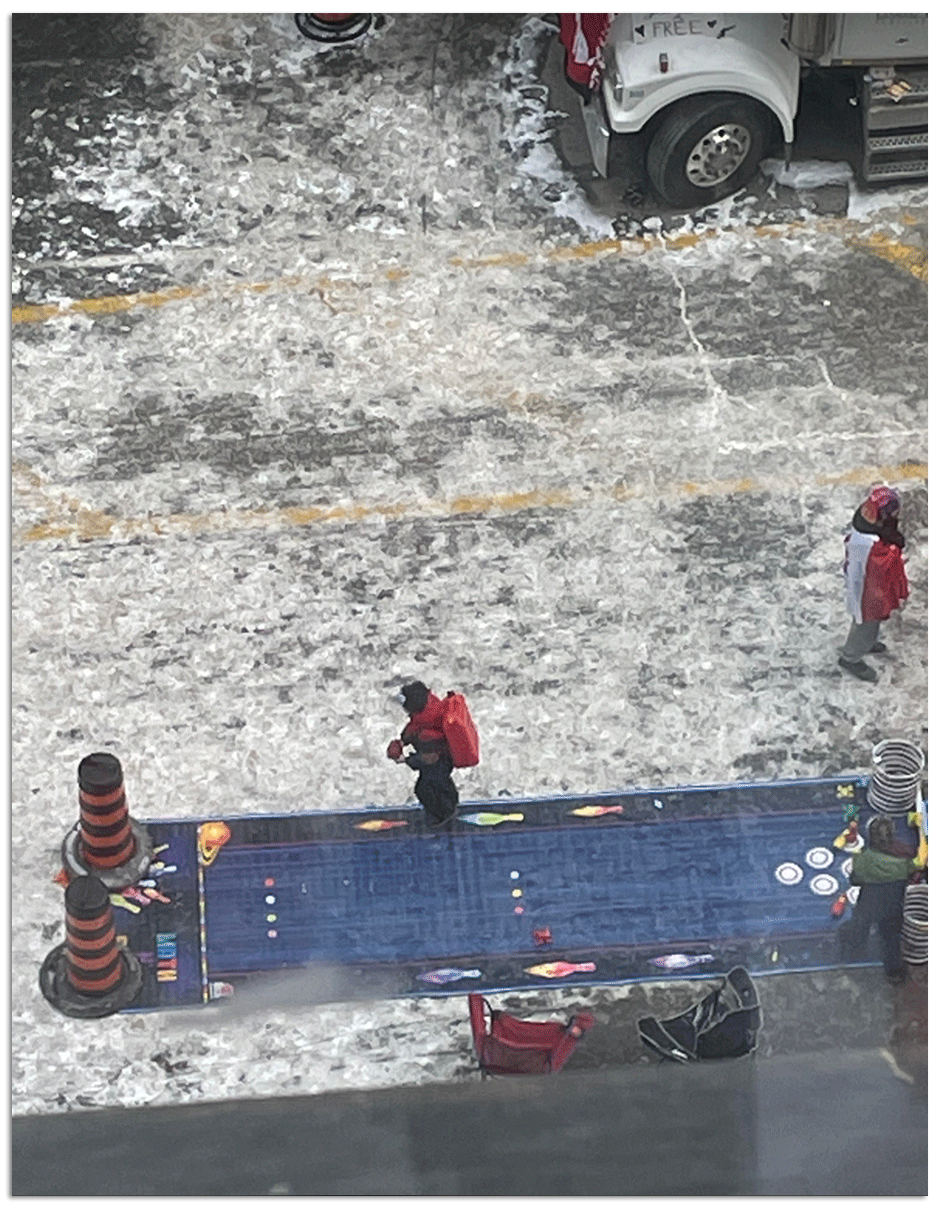 The source said they observed the child wearing the can of gas play a lawn bowling game in the middle of Wellington Street for 10 to 15 minutes as their parents looked on. They said the sight of a child with a gas can strapped to them was disturbing.

The photos show four adults nearby, two of whom are draped in the flags of Canada and Québec. A freight truck is also visible in the top of the photos.

Although protesters have been known to make use of empty gas cans as a tactic to distract police, exposure to gasoline and gasoline fumes from gas cans would pose obvious health and safety risks for young children. It would also pose additional challenges for police as they prepare to clear the area.

Under new Emergencies Act measures, which came into effect Monday, bringing children to unlawful assemblies is prohibited and carries a $5,000 fine. 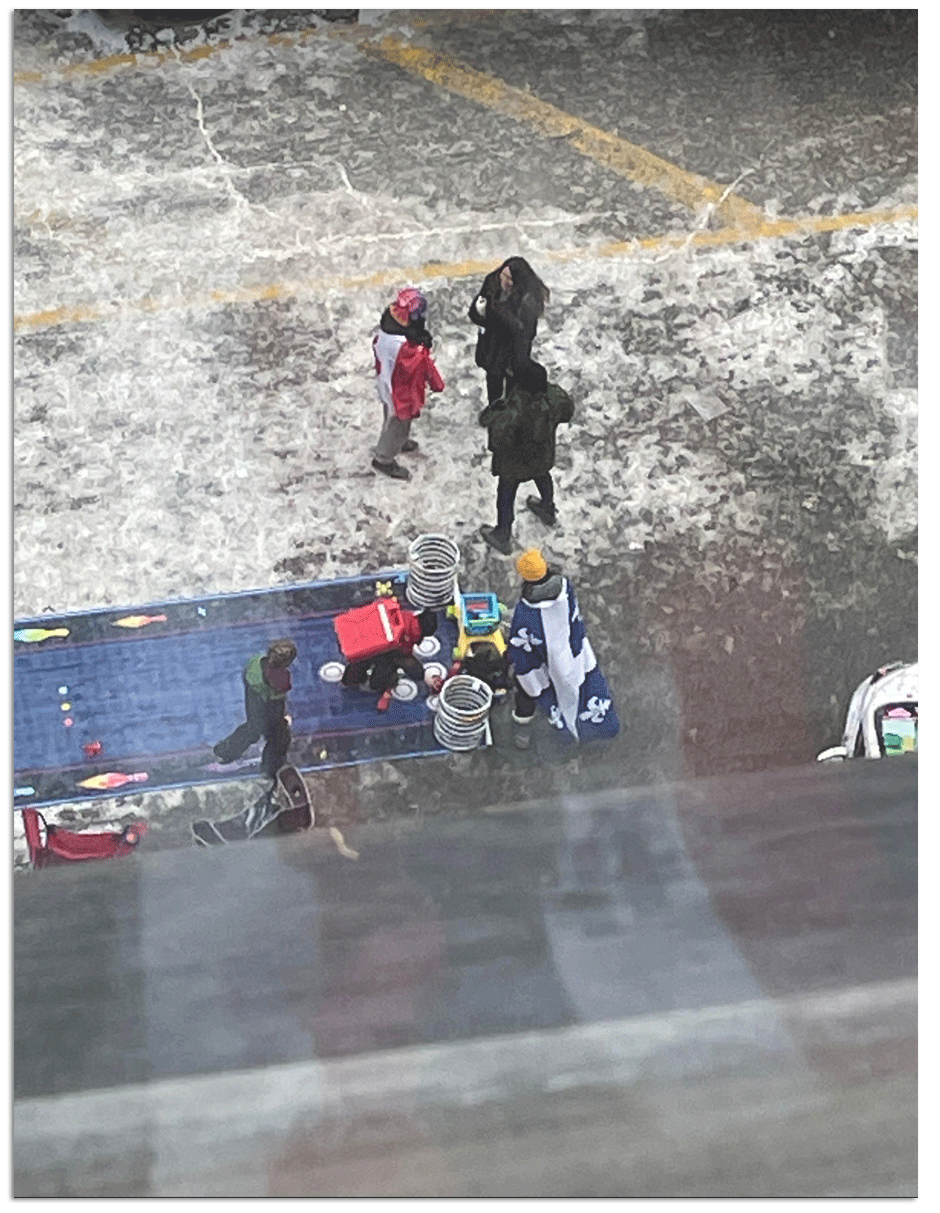 For nearly a month, a convoy led by far-right extremists and anti-vaccine activists have been occupying downtown Ottawa streets.

The federal, provincial and municipal governments have all invoked emergency powers to deal with the illegal occupation.

Both police and convoy leaders have warned of the possibility firearms may be present among the vehicles occupying downtown Ottawa. Over 200 hate incidents have been reported to police.

On Wednesday, the Children’s Aid Society issued a statement to convoy members who refuse to leave urging them to make child care arrangements in case they are arrested. 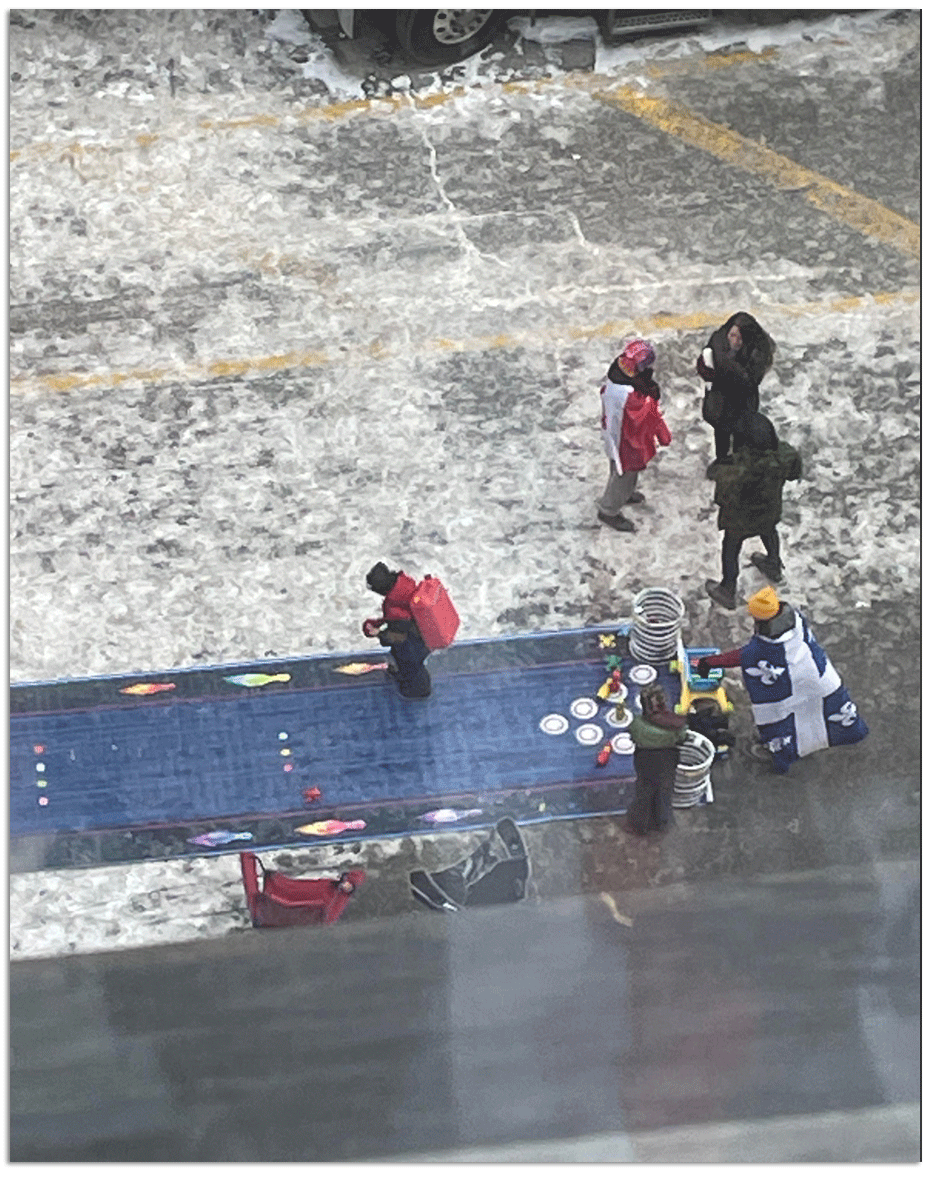 Experts say the images are disturbing and underline how convoy participants have recklessly placed their own children danger.

Chris Madsen, a defence studies professor with the Canadian Forces College, said it appears police are preparing to execute a major operation to clear downtown Ottawa and that will likely require the removal of children.

“The police will likely clear out the children with Children’s Aid Society long before mounting any major operations, if the occupiers do not send the children away themselves,” Madsen told PressProgress.

“In other words, the children will be seized and taken away from their parents.”

“I think the occupiers are going to have one last big party this weekend, where children will be prominent, then the police will be in a position to start executing their operational plan,” Madsen said.

“To exploit children in this way is unconscionable,” Perry told PressProgress.

“It suggests that someone in the movement is very dangerous, and that the Children’s Aid Society needs to be very vigilant,” Perry added.

“These images sicken me.”