Manitoba’s government is moving forward with Phase III of its healthcare overhaul — aimed at moving rural health care “out of institutions.”

Speaking about Phase III, Shared Health CEO Brock Wright told reporters, “in some communities, you’re going to see a shift of care out of institutions and more into the community.” According to Shared Health, the health care system in the province is “too focused on hospitals.”

Asked if the transformation of rural care could result in “fewer institutions”, Wright responded: “It could.”

This isn’t the first time Premier Brian Pallister’s government has made similar suggestions about rural healthcare. Pallister said of rural hospitals, in a 2017 year-end interview: “They may close or they may become health care facilities doing other things.”

The opposition noted the government has a less-than-spotless record for overhauling healthcare without significantly increasing resources. While the government’s presentation, Manitoba’s Clinical and Preventive Services Plan from Nov. 18, 2019, touts some investments in building care networks, it also notes current health care costs are “unsustainable”

The Nov. 28, 2019 Shared Health report titled Manitoba’s Clinical and Preventive Services Plan: Investing in Better Care, Closer to Home insists “Limited health human resources is a challenge province-wide that can be mitigated by a new model that promotes provider collaboration through the network model.”

The report further notes “This model is not based on an increase in all practitioners, rather it is reliant upon building capacity within existing human resources.” 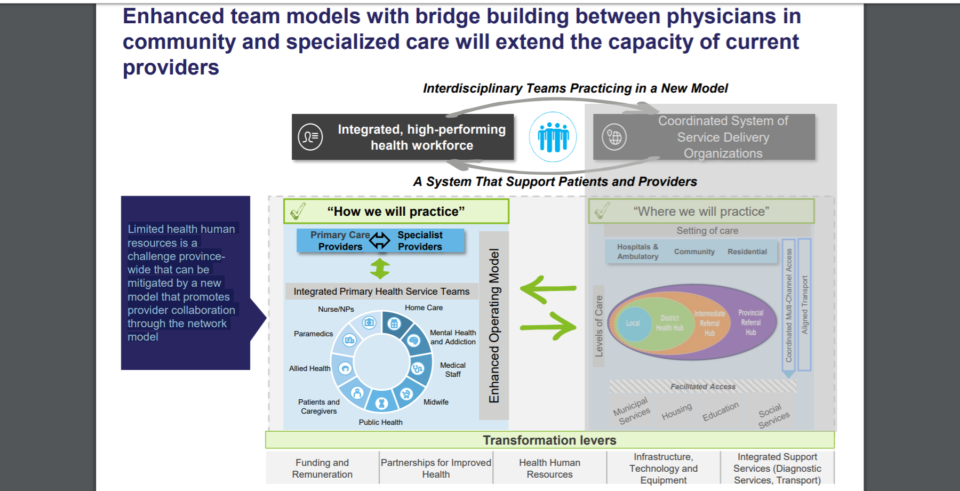 In Winnipeg, a the government’s Phase I and II overhaul has meant facility closures and, a government report found, a massive increase in overtime for nurses.

“The government just finished making system-wide changes in the WRHA, and nurses are still reeling in the aftermath. We need more time to examine the implications for nurses and patients,” Jackson said.