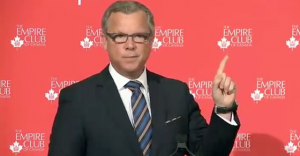 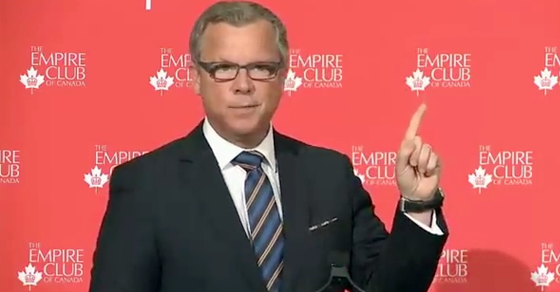 A new poll shows the vast majority of people in Saskatchewan reject the status quo when it comes to the province's outdated campaign finance rules.

Sounds like Premier Brad Wall’s got a problem he needs to fix.

A new poll shows the vast majority of people in Saskatchewan reject the status quo when it comes to the province’s out-dated campaign finance rules – rules that have left the Premier’s party flushed with cash.

According to the poll conducted by Mainstreet Research on behalf of Progress Alberta, over two-thirds of respondents living in the province and across party lines said they are opposed to rules allowing Saskatchewan’s political parties to accept donations from government-funded organizations, registered charities and donors outside the province.

Less than one in 10 voiced support for the current rules.

The data shows that since 2006, Wall’s Saskatchewan Party has received substantial funding from:

• Cities, towns and other municipalities

• Universities and other post-secondary institutions

During the same time period, the Saskatchewan Party also accepted over $3 million from out-of-province donors – over $2 million alone came from corporate players based in Alberta.

However, nearly seven-in-ten Saskatchewan voters say they think the rules should be updated to block out-of-province money from funding the province’s political parties: And what about those donations Wall’s party collected from cities and municipalities or universities and libraries?

Four-in-five say they don’t think that should be permitted either: Three-quarters of people in Saskatchewan say that ought to be banned too: “Saskatchewan has been murkier than other provinces because we haven’t cleared the water up,” Farney recently told Global News.

Another issue is the Saskatchewan’s anything-goes rules around corporate donations – such donations have been banned or capped in most provinces because unchecked corporate money is generally understood to undermine the democratic process, giving private interests undue influence over the public interest.

The federal government has had an outright ban on corporate donations since 2003 – individual donations, meanwhile, are capped at $1,525.

On this point, Brad Wall disagrees:

“How do you say to Crescent Point, who employ directly and indirectly thousands of people in this province, who have a lot at stake in terms of government, a chance to participate in democracy even if they want to provide support for either party?”

Under current rules, that corporation appears to have had over 125,000 chances to “participate in democracy” over several years.