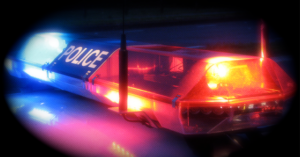 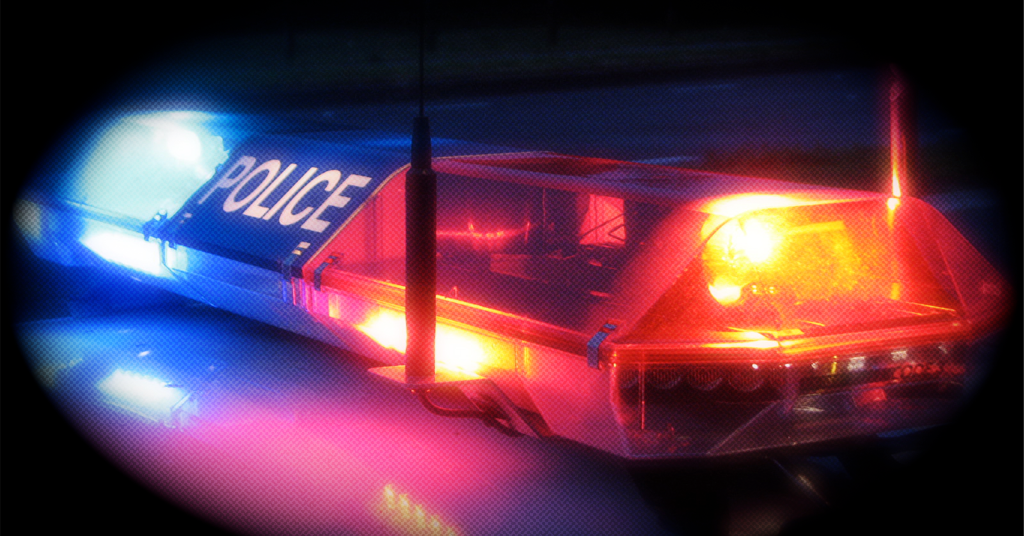 Three-quarters of all police services board members are white, while two-thirds are male

But a new analysis by PressProgress looking at the racial and gender composition of Ontario’s five largest police services boards, the independent bodies in charge of setting the priorities and policies of local police forces, suggests many Ontarians are not reflected or represented by the people who create the rules for the police. 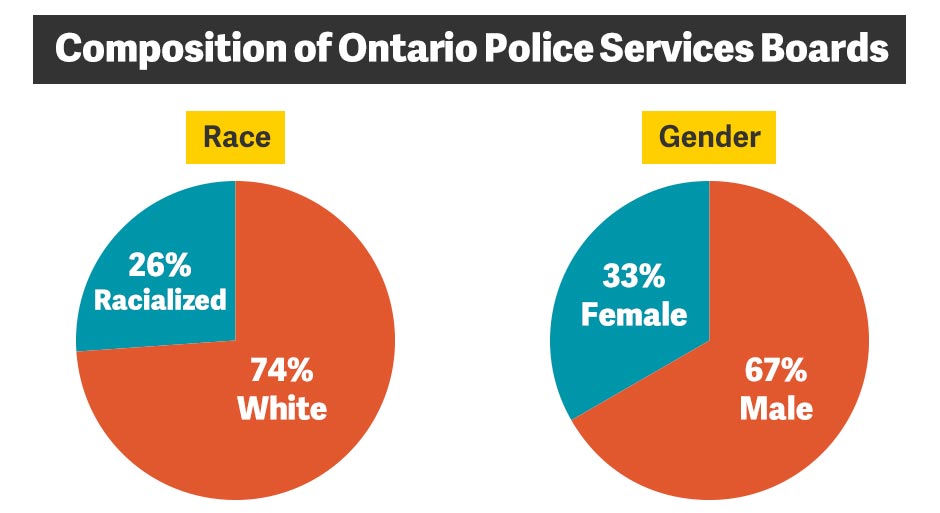 Under Ontario’s Police Services Act, police services boards are intended to provide democratic, civilian oversight of local police forces through special powers to approve budgets,  give directions to the chief of police and “establish policies for the effective management of the police force.”

“The police boards are civilian oversight boards,” McMaster University social work professor Ameil Joseph explained to PressProgress. “They oversee police budgets and it is their responsibility to govern police services.”

“If these board do not have diverse representation of experience, education, perspective and identity, their attention to marginalized and equity seeking groups can be overlooked,” Joseph said.

“The historical impacts of inequities as they are experienced by marginalized groups are then omitted from policy making.”

• Three board members appointed by the provincial government;

• One community board member appointed by city council;

• Three board members who belong to city council.

Toronto, which recently saw widespread protests against police following the death of Regis Korchinsky-Paquet, an Afro-Indigenous woman who struggled with mental health issues, counts four board members (57%) who are white and four members (57%) wh oare male.

While Toronto has three of board members who are racialized individuals, all were appointed by the province between 2017 and 2020. A spokesperson for Toronto’s police services board noted that its four white board members, including Mayor John Tory along with city councillors Michael Ford and Frances Nunziata, were appointed by Toronto city council.

The City of Ottawa says its board is intended “represent community interests,” yet five of Ottawa’s seven police services board members (71%) are white and four of seven (57%) are male.

In 2016, Ottawa mayor and police services board member Jim Watson, who is white, said he had “no idea” if the killing of Abdirahman Abdi, a Somalian man struggling with mental health issues, was related to race.

As recently as this week, an Ottawa police officer faced misconduct charges after creating and sharing racist memes mocking his racialized colleagues. Ottawa’s police services board told PressProgress it is “very much committed to ensuring equity, diversity and inclusion are priorities for the Ottawa Police Service – both internally within the membership and externally in its service to the community.”

In 2018, a Peel Regional Police officer faced accusations of racism after accidentally recording himself accusing a Palestinian man of bringing “violence” to Canada and telling him he didn’t understand “the culture of Canada.” Last year, an equity audit concluded Peel Regional Police’s leadership lacked “cultural competence” and found evidence of widespread sexual harassment.

Peel’s police services board did not respond to a request for comment from PressProgress.

In Hamilton, six of seven board members (85%) are both white and male.

“Where’s the diversity?” the Hamilton Spectator asked in March 2019, noting that only one member, who is an Indigenous woman, was neither white nor male.  Hamilton’s police board did not respond to questions from PressProgress.

In Kitchener-Waterloo, where one seat is currently vacant, the local police services board has a 50-50 gender balance, however, five of six members (84%) are white.

A spokesperson for the Waterloo Regional Police Services Board told PressProgress their board is “committed to improving equity, inclusion and diversity” and recently developed the service’s “first-ever Equity, Inclusion and Diversity Plan aimed at organizational and cultural change.”

They added that board members received “implicit bias training” in 2019 and have received training on “the history of Indigenous People in Canada.”

While that kind of training may be helpful, Abby Deshman, director of the Criminal Justice Program for the Canadian Civil Liberties Association suggests it is no replacement for having more people at the table with lived experiences in the communities they are supposed to represent.

“We know that certain groups — racialized individuals, those with precarious housing, women, Indigenous — are disproportionately impacted by crime and/or policing,  Deshman told PressProgress.

“If the board is not reflective of the communities most impacted by policing, it risks overlooking or failing to understand the experiences of marginalized groups.”