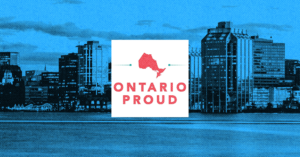 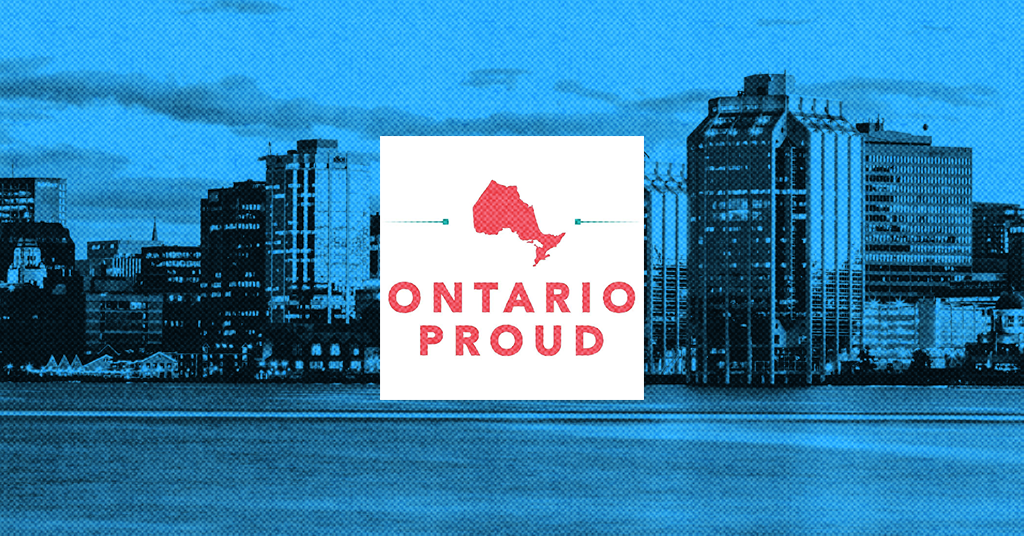 Followers of ‘Ontario Proud’ are harassing a young Muslim woman in Halifax after the right-wing Facebook page published a “factually incorrect” video that has now been viewed over one and a half million times on social media.

The video, posted on July 4, falsely smears a group of Halifax demonstrators who participated in a global march against US President Donald Trump’s policy of  separating refugee children from their families and holding them in cages at heavy security detention centres.

Ontario Proud is a right-wing Facebook page run by former corporate lobbyists in downtown Toronto, financed with hundreds of thousands of dollars in dark money  and was a 3rd party advertiser that worked to elect Doug Ford’s PCs in Ontario.

Masuma Khan, a Dalhousie University international development studies student, was one demonstrator whose image was used out-of-context by Ontario Proud after she attended Halifax’s “Families Belong Together” march, one of many taking place in over 700 cities around the world on the same day.

Now, Ontario Proud’s followers are singling Khan out and targeting her with violent and hateful messages. “The general tone is: ‘terrorist’, ‘towel head’, ‘we should force feed her bacon’,” Khan tells PressProgress.

“There’s a lot of terrorist references” as well as messages “hoping that someone does something to me” or “me killing myself.”

She adds that many of the messages tell her to “go back to where you came from,” even though she was born and raised in Halifax.

Khan wasn’t a march organizer yet she became the public face of the event anyway because right-wing trolls honed in on the fact she’s Muslim.

She says she began receiving disturbing messages after the march, but the volume and intensity increased noticeably after Ontario Proud’s video went viral a few days later, with messages pouring in from people outside Nova Scotia’s borders – from Ontario to Alberta to the United States.

“People are coming on my Facebook and attacking me,” she says. “I look at their profiles and they like Ontario Proud.”

Khan says she’s being doxxed, with people sharing “screenshots of my information” and harassing her via private messages. Someone even tried to hack her Facebook account last week. Much of the vitriol appears to be driven by a sensationalistic video Ontario Proud posted, falsely claiming US Marines were “chased away” from a music festival by “crazy Canadian protesters” last week.

At no point does the video indicate demonstrators were marching against Trump’s policies that have literally caused children to be held in cages – Ontario Proud only says they “disagree with Trump.”

“Disagree with Trump all you want,” the caption on the video reads. “Attacking US Marines while they visit Canada doesn’t make things better.”

Except one problem: the version of events Ontario Proud presents never happened. Here’s what did happen, according to multiple accounts.

Dozens of people were gathered in Halifax’s Grand Parade on June 30 for the “Families Belong Together” march when uniformed members of a US Marine band wandered into the square with drums, bugles, tubas and other musical instruments.

March organizers, who obtained a permit in advance of their event, approached the Marines to ask if they planned to start playing music in the middle of their event. The band, unaware of the pre-scheduled event, said no and explained they were only there for a group photo shoot.

The Marines decided to leave the location out of respect for the demonstration and the demonstrators called the encounter “brief and peaceful.”

“Those Marines respected our freedom of expression,” Khan told 95.7 News last week, adding she was confused where the controversy even came from since it seemed both sides had “no issues” following the encounter.

How uneventful was it? Marine officials themselves “further downplayed” the incident by reiterating nobody actually chased away the Marine band.

In other words, the Marines tell a much different story than Ontario Proud.

They walked into a protest that was against the government they represent. I walked up to the uniformed Marine who had his cell phone out to take a picture. I asked if they were planning to play. He said no, they only wanted a photo.

It completely changes it, I was one of the protesters and as far as we were aware the band was coming to play and would have drowned us out at our event permitted by the city. Protests need permits, it’s not just a bunch of people showing up to make a mess. @RonShawCTV

Ontario Proud’s video appears to be entirely sourced from CTV Atlantic’s Ron Shaw, whose reporting on the march was so unreliable he later deleted inaccurate tweets and forced his news director to issue a statement acknowledging his newsroom reported “incorrect information” about the march.

In his inaccurate tweets, Shaw falsely stated the Marine band was preparing to perform an “outdoor concert” but were forced to cancel after they were “chased” out of the square by “refugee issue protesters.”

In fact, the Marine band was never scheduled to perform an “outdoor show” at that location, demonstrators had a permit to be there, the Marines themselves said they chose to leave on their own accord, plus the shouting Shaw referenced was actually a chant about Indigenous rights.

Update: Shaw has deleted his tweets and web producer/social media manager Andrea Jerrett has apologized to Masuma Khan: “…the original tweet did not meet our standards and we unequivocally regret the error in our content.”  https://t.co/FAI0EsCELV

As The Coast reports, the march was “largely uneventful and likely would have passed without much consideration except for a series of inaccurate tweets from CTV. ”

Footage from CTV’s original report, which Ontario Proud clipped, shows the Marine band exiting the square then cuts to Khan chanting about Indigenous rights. That clip was edited out of sequence to suggest she was heckling the Marines, Khan says.

In a private e-mail to Khan reviewed by PressProgress, CTV Atlantic’s news director acknowledged “our reporter did issue a tweet with incorrect information” and expressed regret that “some individuals or groups have chosen not to acknowledge that correction.”

Contacted by PressProgress, CTV Atlantic news director Dan Appleby said “we have no public statement on this issue and have no further comment.” Ontario Proud posted its video several days after the event and after CTV Atlantic had already walked back their initial reporting.

The incident is yet another example of how inaccurate information tweeted by journalists covering live events can be strategically selected, repackaged and distorted by Canada’s right-wing echo chamber.

What was by all accounts a brief and respectful encounter in a public square that left neither side offended was suddenly warped into a international incident by Ontario Proud and its network of satellite Facebook pages.

As The Coast points out, despite Shaw’s mea culpa, his “original tweets continue to be shared” by “angry Internet commenters” who do not realize that “the reality of events is so far from the inflammatory false version first presented.”

Khan says what is “most harmful is not the death threats, doxxing and white supremacist violence I am facing,” but the way this has “managed to divert the conversation from the suffering of migrant children to a concocted story” that “actually didn’t happen.”

She has publicly criticized Ontario Proud on Twitter for producing the “factually incorrect” video and called on CTV Atlantic to correct the record.

So this is factually incorrect, @CTVAtlantic care to address this?I did not chase any marines away. They were taking a photograph they realized it was a rally for separated families and left because according to their code they can’t partake engage at all. https://t.co/J0h77tHrSp

After nearly a week, Ontario Proud’s “factually incorrect” video has been shared more than 37,000 times on Facebook.

Correction: This story has been updated to indicate Khan’s correct area of academic study is international development studies.