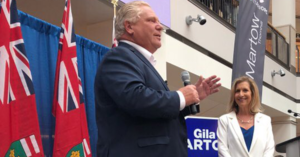 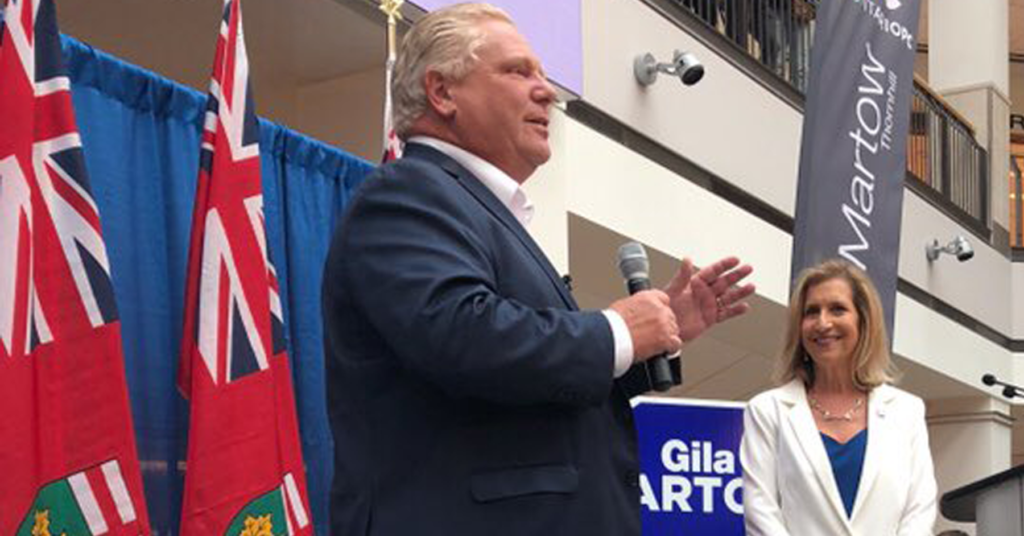 Ontario Progressive Conservative MPP Gila Martow’s most recent filings indicates that she held and holds shares in Amazon while the government faced criticism for not closing the company’s facilities during outbreaks.

As COVID-19 outbreaks spiked in Ontario’s hardest hit regions, health authorities in Peel and Toronto took it upon themselves to close hazardous workplaces while the Ford government faced criticism for its inaction. Those closures included at least three Amazon fulfillment centres.

Throughout this time, however, it appears Thornhill Progressive Conservative MPP and past assistant labour minister Gila Martow held on to her shares in Amazon.

Martow was elected in 2014. After that, she served as Assistant Labour Minister between June and November 2018, while the government prepared the Making Ontario Open For Business Act. That act, introduced on October 23, 2018 and which received assent soon after her tenure ended, scrapped the minimum wage, paid sick days and a host of health and safety measures.

After November 2018, Martow joined the province’s Estimates Committee, she’s also served as a member of the committee on regulations and private bills.

According to her most recent disclosure to the Integrity Commissioner, the MPP held shares in Amazon Communications Inc — along with Loblaws, Uber, Berkshire Hathaway, Lowes, Dollar Tree and others as recently as late 2020. The disclosures indicate Martow has held these shares at least since the 2018 election.

Amazon has been linked to multiple COVID-19 outbreaks and controversies relating to its workplace health and safety rules. Workers told PressProgress and other publications the company’s crammed lunch rooms and brutal productivity standards compromise their ability to social distance.

Earlier this year, Martow condemned her own government’s lockdown measures and accused Melissa Lantsman — Martow’s challenger for a federal nomination in Thornhill — of being a “well-connected lobbyist” advancing the business interests of “big-box retailers like Walmart.”

Nathan McMillan, Martow’s chief of staff, confirmed that the filing is current, but questioned the public interest value in scrutinizing an MPP’s investments.

“Are you trying to make a gotcha politics because she has shares in Amazon?” McMillan asked PressProgress. “Is that what you’re trying to do here?

“We have a member who has shares in Amazon, which actually does a disservice to the community and to the member at large, which I do not think is appropriate and we have no further comment at this time.”

During her time as assistant labour minister, Martow responded to concerns that health and safety inspections were being slowed by a massive backlog by downplaying the importance of health and safety regulations.

Martow’s Chief of Staff declined to comment on the Ford government’s approach to workplace inspections since she was Assistant Labour Minister: “That was back in the Dean French days. A lot has changed since then.”