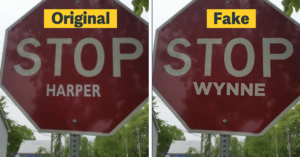 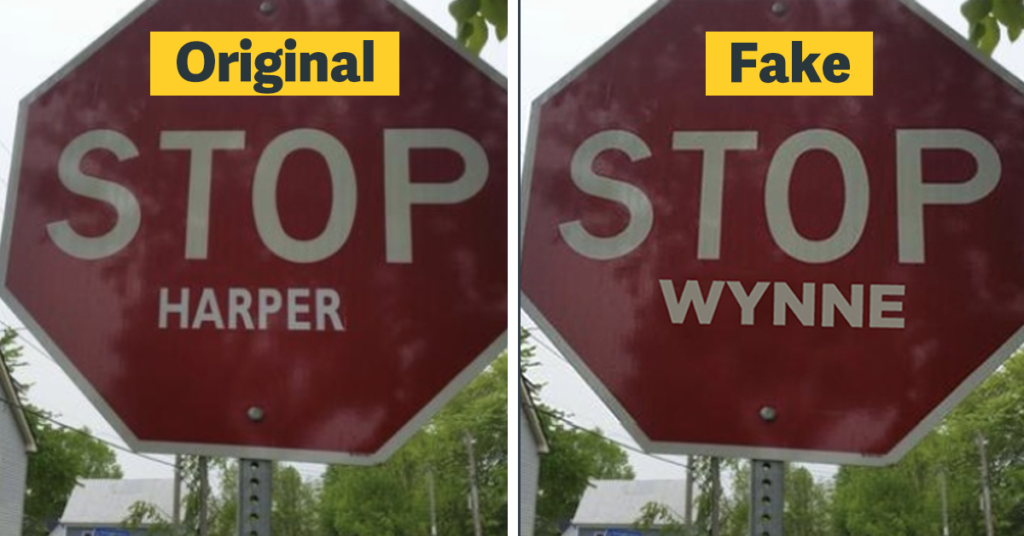 This article is more than 5 years old
Disinformation

A photo of a stop sign used in the PC leader's latest attack ad is not real. As a matter of fact, the stop sign isn't even from Ontario

According to data made publicly accessible by Facebook, Brown’s “stop Wynne” ads are targeted at users who support the “Conservative Party of Canada.” It’s no coincidence a strikingly similar photo of a vandalized stop sign has circulated around the Internet for years, even appearing in news reports from time to time. Now Patrick Brown, who was a Conservative MP in Stephen Harper’s government, is trying to appropriate anti-Harper memes to attack his political opponents?

A close analysis of both photos by PressProgress reveals the two images share a number of uncanny similarities: The stop sign in question is actually located in a quiet residential neighbourhood in Fredericton, New Brunswick, as street-level images from Google Maps demonstrate.

During the 2015 federal election, 72% of constituents located in the same riding as the stop sign cast votes against the riding’s incumbent Conservative MP. PressProgress reached out to Brown’s office but received no response to multiple requests for comment.