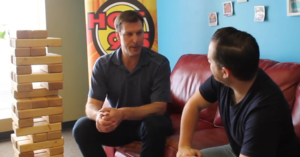 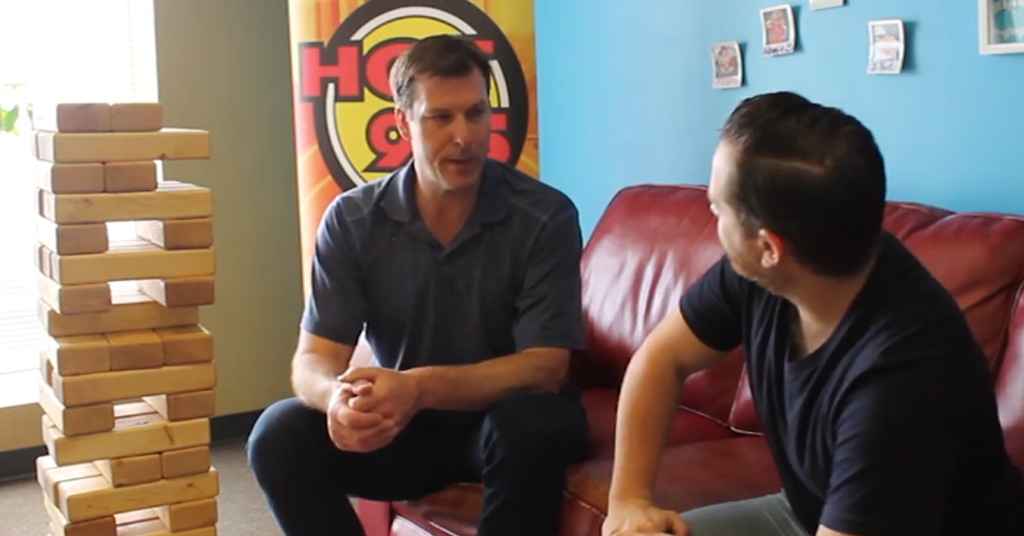 Not only does Doug Ford’s star candidate in Sudbury say he believes ghosts are real, but he also claims the existence of ghosts is backed up by “science.”

That’s right, “science” – not a reassuring thing to hear from someone seeking a job making big decisions on the future of education, healthcare or scientific research.

Fielding “off-topic” questions from DJ Devin McNeil while delicately pulling apart a giant novelty Jenga tower, the interview unexpectedly took on a more serious tone when the discussion turned to the paranormal.

Asked: “do you believe in ghosts?” Crowder nodded and said “I think so,” explaining that “it’s a part of science.”

“I think so. I think there is definitely an energy that gets left in this world. There’s a cause and effect to everything. It’s a part of science.”

It’s worth noting the Ontario PC candidate’s views on the “science” of ghosts appear to be at odds with the world’s top scientists working on the Large Hadron Collider  in Switzerland – “the world’s largest and most powerful particle accelerator.”

According to Wired, one scientist working on the project suggested last year the LHC has effectively “disproved the existence of ghosts”:

“The only way a ghost could continue to haunt Earth is if they had a constant incoming source of energy – otherwise they would not last very long at all.

The LHC is the world’s largest particle accelerator, used by physicists to get a glimpse of the tiniest parts of our Universe. It can see how our own cells are driven by energy, and if there was a strange force driving ghosts’ cells, we would have seen it by now.”

Last week, Crowder told a local news outlet that Doug Ford’s unpopularity with voters was caused by an elaborate conspiracy by the media to help the NDP win, warning that the media is “trying to hold on to some kind of power.”

Voters in Ontario head to the polls on Thursday, June 7th.