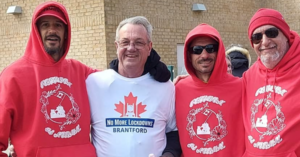 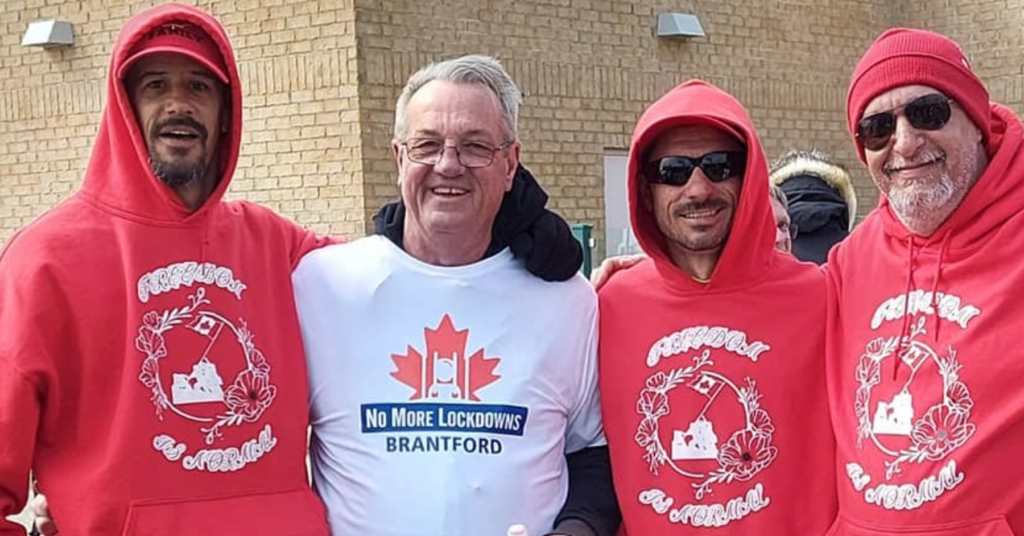 Ottawa Valley MPP Randy Hillier won’t say if he welcomes the support of followers of the far-right QAnon conspiracy after the independent provincial lawmaker was photographed with individuals wearing shirts emblazoned with QAnon slogans at an anti-lockdown rally over the weekend.

Hillier, who was booted from Doug Ford’s Ontario PC caucus in 2019, appeared in photos posted on social media following anti-lockdown rallies in Brantford and in a Simcoe parking lot. 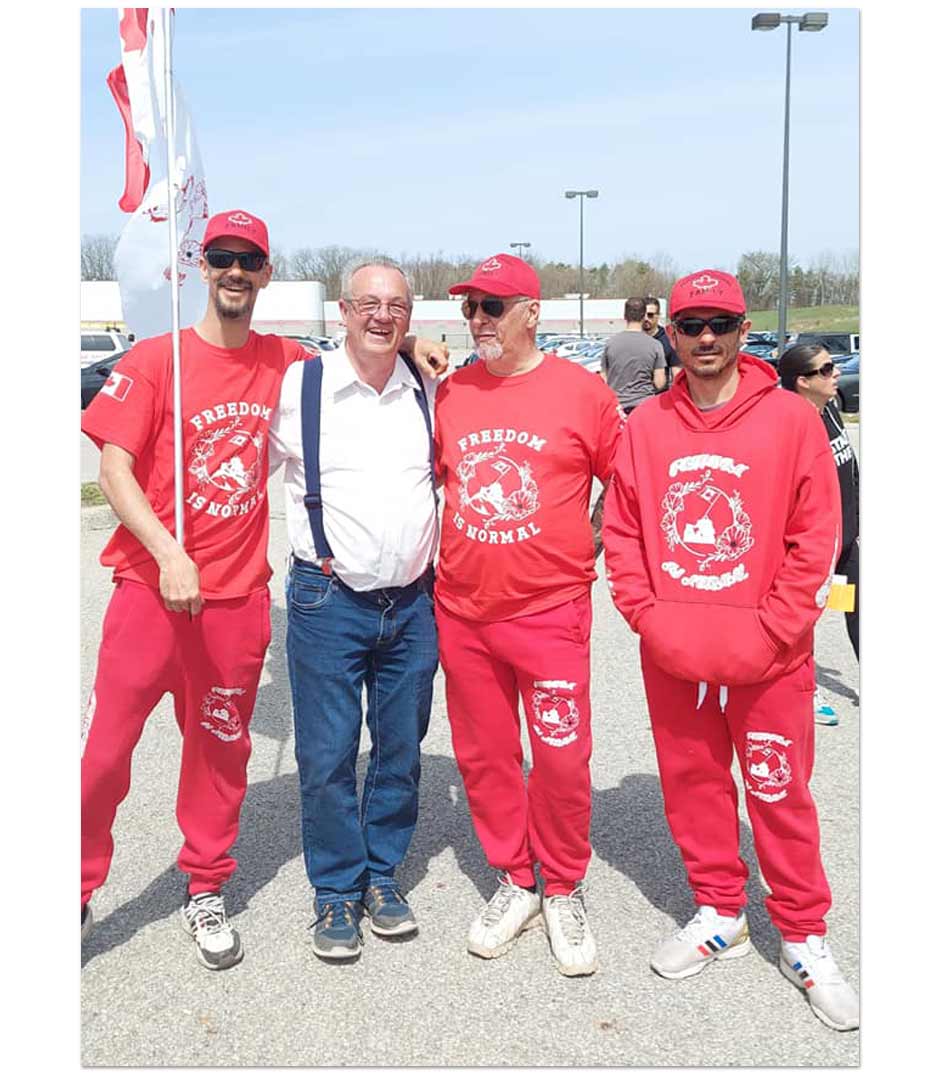 In a number of photos, Hillier appears alongside a group of middle-aged men dressed in red hoodies, red sweat pants and red hats displaying the QAnon slogan “WWG1WGA.”

WWG1WGA is an acronym that stands for: “Where we go one, we go all.” 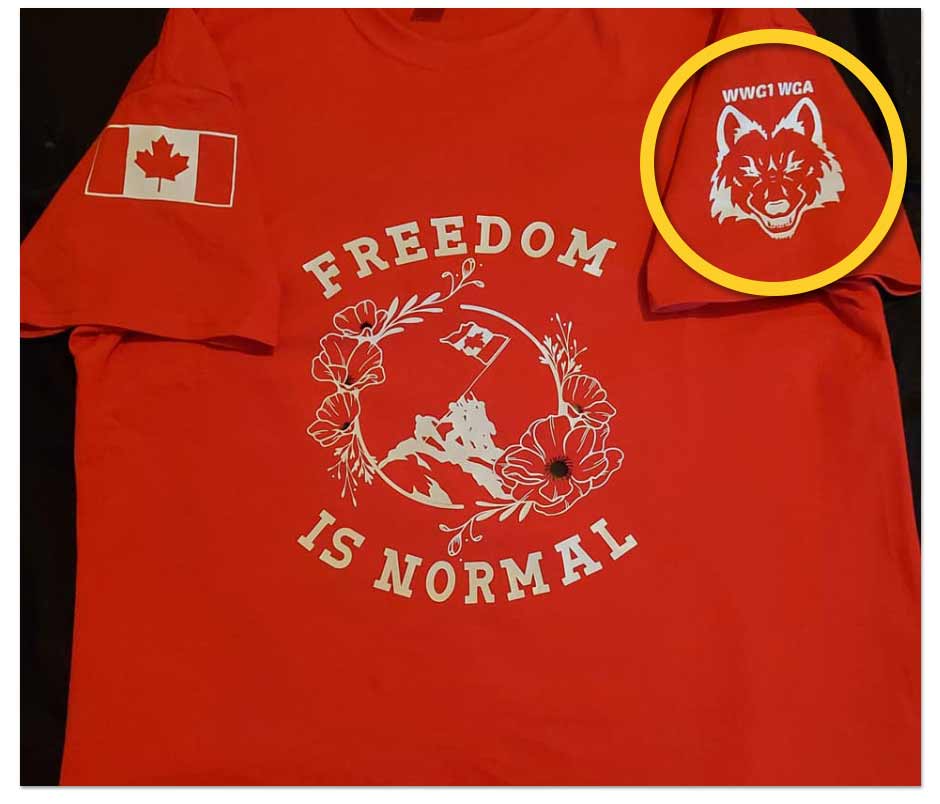 QAnon is a sprawling Internet conspiracy that revolves around anonymous Internet postings on an obscure website called 8chan by a renegade government official who purports to have top secret security clearance.

It is widely speculated that “Q” was actually one of 8chan’s site administrators.

QAnon is described by the New York Times as a “big tent conspiracy theory” which asserts that the world is run by a cabal of Satan-worshipping, cannibal pedophiles — through the media, government and other institutions. Since it originated in 2017, it has grown to include UFO conspiracy theories, JFK assassination theories, 9/11 conspiracy theories and more.

Hillier would not directly answer questions from PressProgress seeking to clarify whether he welcomes the support of QAnon followers or if he himself is also a QAnon believer.

“I thought you said you were from the media, not the Marxist propaganda wing of antifa,” Hillier told PressProgress in response to questions. 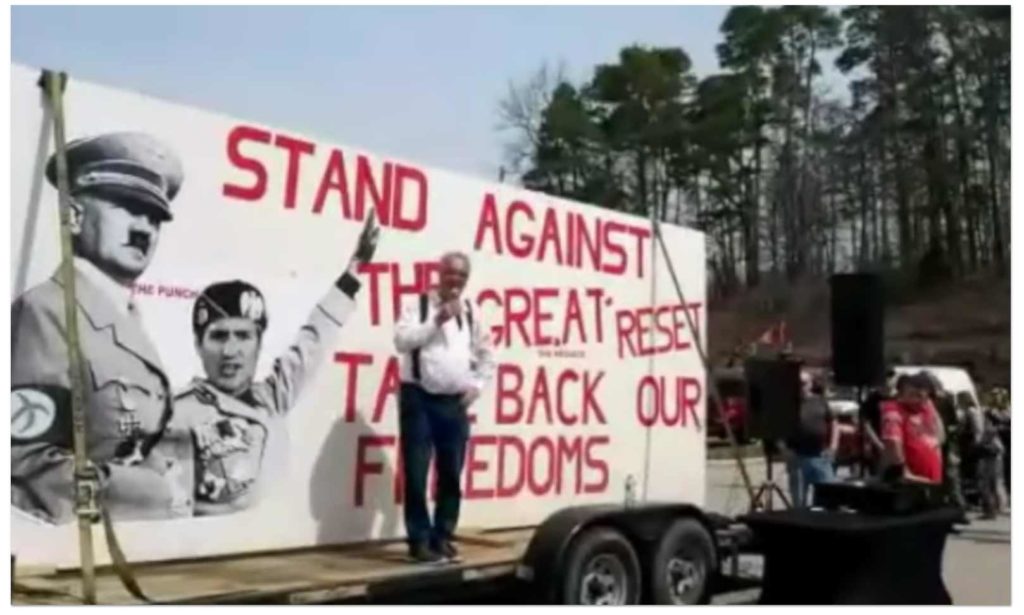 During the pandemic, Hillier has been documented sharing a prominent QAnon commentator’s content describing COVID-19 as a “plandemic.”

Despite this, Hillier suggests he has no knowledge of QAnon.

“The only Q that I know of, or are aware of is a letter in the alphabet,” Hillier said. “I believe there was also a fictional character in Star Trek named Q.”

After being supplied with information demonstrating QAnon’s links to the Capitol Hill insurrection or the FBI identifying QAnon as a domestic terrorist threat, Hillier did not respond to further questions seeking clarification about whether he would welcome support from QAnon followers in the future. 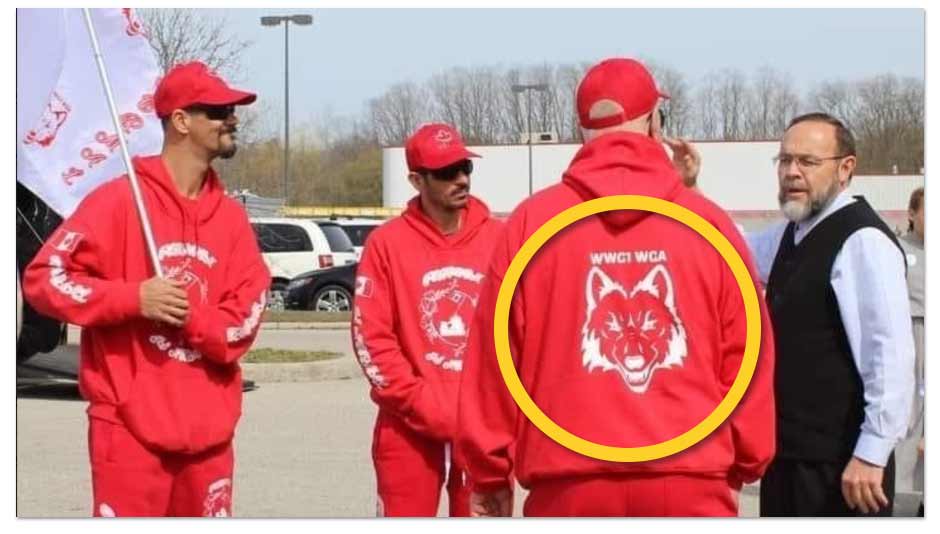 One of the “WWG1WGA” anti-lockdown protesters who appears in multiple photos with Hillier has posted podcasts and memes on QAnon themes, including a QAnon podcast called X22 Report, which was banned by YouTube and Spotify last year.

Other postings praise armed far-right groups storming the Oregon state house, reference conspiracies about chemtrails and claim the moon landing was a hoax. 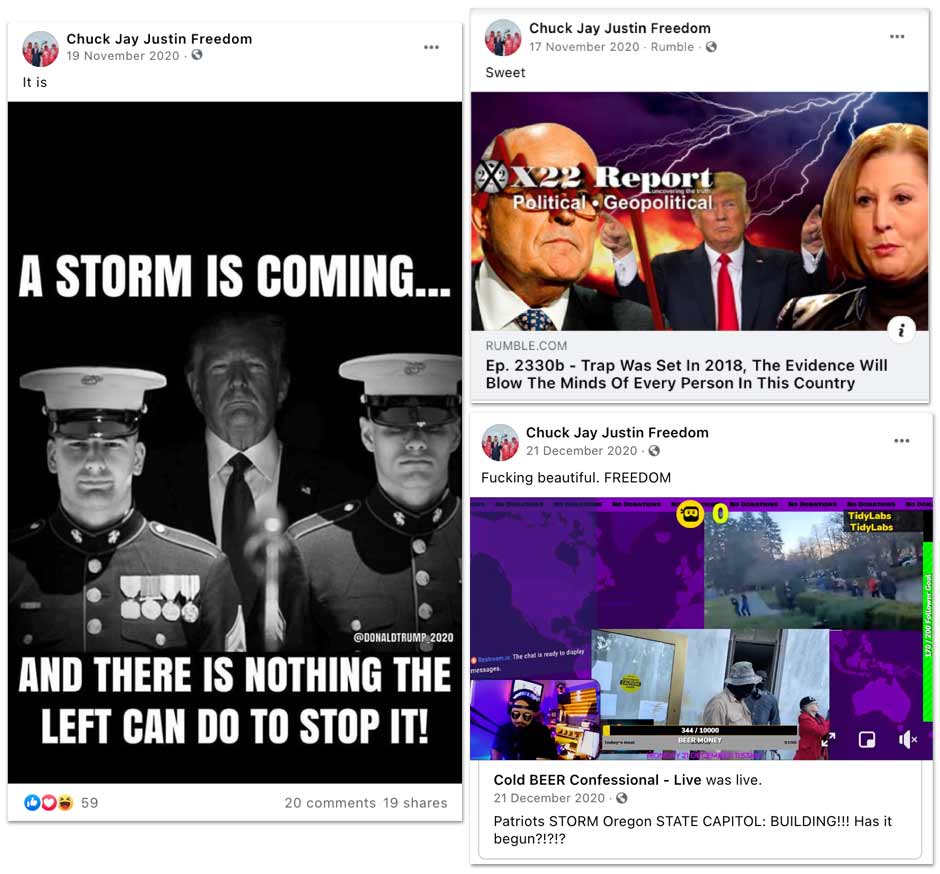 Hillier is one of the organizers of the group “No More Lockdowns” and has been a leading figure at numerous anti-lockdown demonstrations over the past year.

Most recently, Hillier made headlines after comparing COVID-19 public health measures to the holocaust on social media.

Hillier is listed as a member of the Liberty Coalition, a group of anti-lockdown organizers and politicians that includes People’s Party leader Maxime Bernier, former CPC MP Derek Sloan and others.

The Liberty Coalition did not respond to a request for comment from PressProgress.