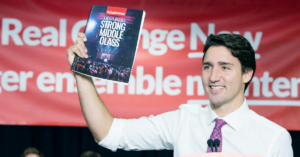 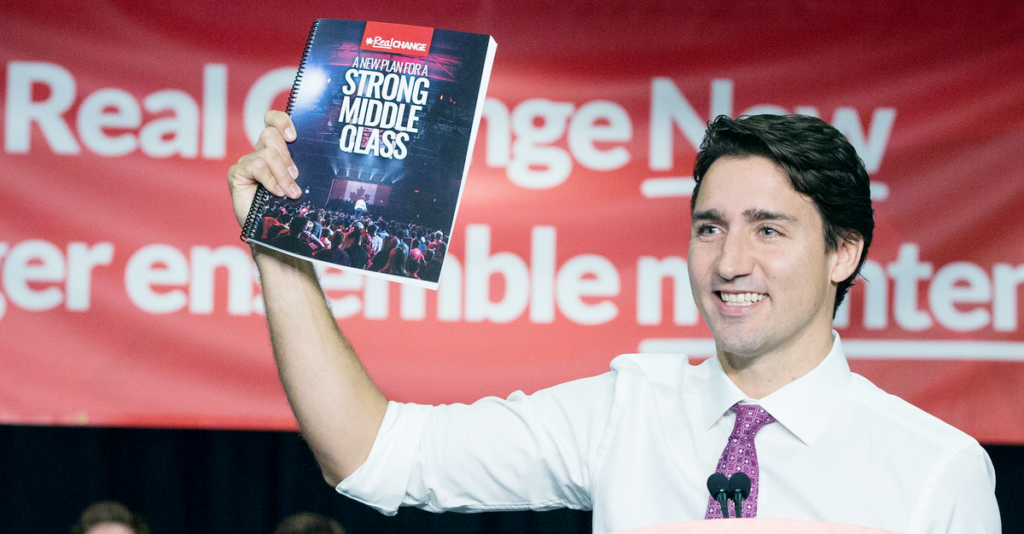 Two years after Justin Trudeau won an election on a promise to “grow the middle class,” fewer Canadians than at any time since the turn of the 21st century say they self-identify as “middle class.”

Over the same time period, the number of Canadians who self-identify as “working class” has “nearly doubled and is now approaching a tie in terms of size with the middle class.”

Those are the findings of a new Ekos Research poll surveying 4,839 people that found the number of Canadians who identify as “middle class” has declined from nearly 70% fifteen years ago, while 36.7% of Canadians now identify as “working class” – a gap of only 6.6%. What the pollster says

Here’s how Ekos describes their findings:

“How about class identification? At the outset of the century, almost 70 per cent of Canadians located themselves in the middle class. That number has dropped steadily (in both Canada and the United States) and our most recent sounding of 43 per cent is the lowest ever recorded. Just as importantly, the incidence of those in the working class has nearly doubled and is now approaching a tie in terms of size with the middle class.

If the middle class were the evergreen, most fertile political target of the past fifty years, this may be drawing to a close.”

The change appears to be driven by inequality

Looking at how people answered that question compared to how they view their own economic situation and prospects for the future, Ekos concludes one reason for the shift in how people self-identify their social class could be because the idea of the “middle class” is increasingly seen as a “smouldering wreck”:

That bargain is now a smouldering wreck. Home ownership is increasingly elusive, as is a secure retirement. Consider the rather shocking statistics that only 13 per cent of Canadians think the next generation will do better than this one. That used to be the whole idea.”

How much of a “smouldering wreck” has the idea of the “middle class” become?

According to custom Statistics Canada data presented in a Broadbent Institute report a few years ago, Canada’s wealthiest 10% control nearly half of the country’s wealth while those in the middle control only 3.4% – in fact, the bottom 60% of Canadians control roughly 10% of all wealth. The shift in how Canadians self-identify their social class could be a sign that growing economic inequality is leaving more and more Canadians disillusioned and pessimistic with the direction Canadian society is headed as a whole.