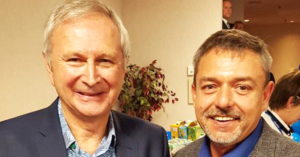 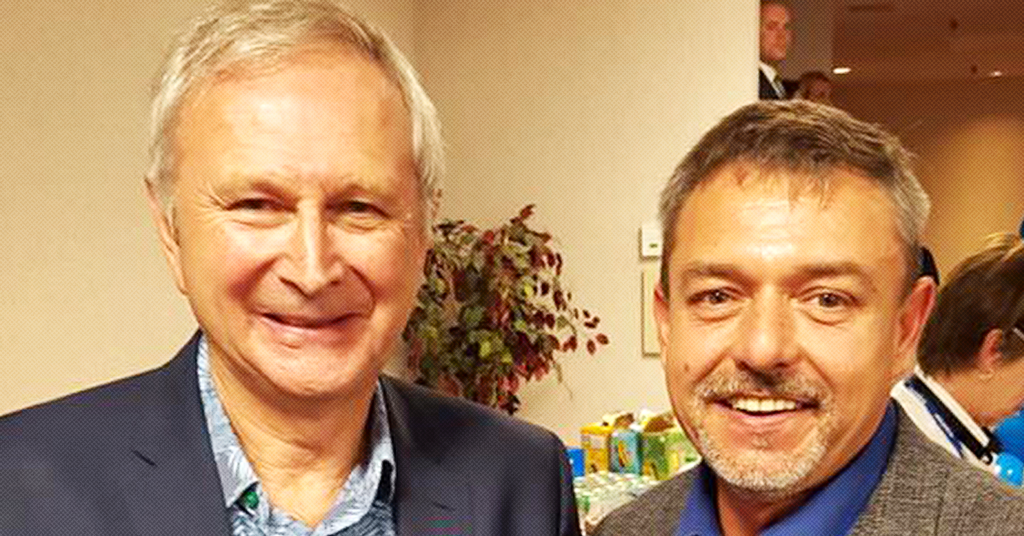 Roland Michaud, a local beekeeper turned PC candidate for Victoria — La Vallée, did not respond to multiple requests for comment from PressProgress about one post in particular that mocks physical violence against trans women.

The post features an image of a cartoon news anchor with the text “breaking news” across the top and the following text:

“A man followed a young girl into a Target bathroom in Texas saying he self-identified as a woman. The man’s teeth were knocked out by the girl’s father, who says he self-identifies as the tooth fairy.”

The meme, which was shared from a Facebook page called “Guy Stuff,” references a transgender bathroom policy that was implemented in all Target stores in 2016.

The scenario outlined by the meme also appears to describe an apparent hate crime: Gender identity is protected under New Brunswick’s Human Rights Act as well as Canada’s Criminal Code.

Michaud ignored questions from PressProgress seeking clarification about his own views on Target’s bathroom policy or offer an explanation why New Brunswick’s trans community should trust him to serve as a legislator.

The meme is in keeping with the tone of other posts on the PC candidate’s feed, which include memes from right-wing pages like “Canada Proud” sprinkled with crude homophobic jokes and crass sexualized memes about women.

Another meme posted by Michaud features a bikini-clad swimmer climbing onto a boat with the faint outline of a shark photoshopped into the background. “The five second rule,” the post states. “If you noticed the shark in the first five seconds you are probably gay.” 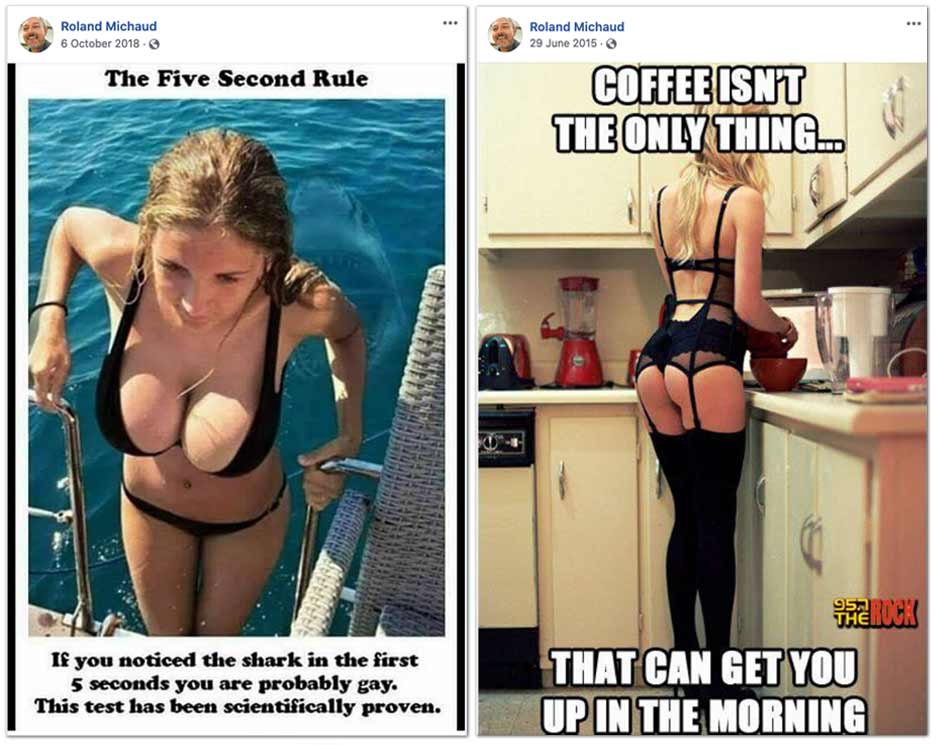 New Brunswick’s PC Party did not respond to questions from PressProgress about its candidate’s social media activity.

New Brunswick voters head to the polls on September 14, but Premier Blaine Higgs’ decision to call a surprise 28-day election during a pandemic raises the possibility some candidates for public office may face little to no scrutiny before election day.

On Sunday, a local all-candidates debate in the PC leaders’ riding of Quispamsis was cancelled after Higgs pulled out last minute.

“Hopefully next time we will have a little more time to organize rather than responding to a snap election,” the debate organizer told Higgs’ opponents.

Update: In response to this story, PC leader Blaine Higgs announced Monday afternoon that he has asked Roland Michaud to withdraw as the PC candidate in Victoria — La Vallée.

BREAKING: One week before Election Day, Higgs has asked Roland Michaud to withdraw as PC candidate – this after offensive Facebook posts on Michaud’s feed came to light.