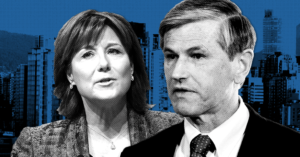 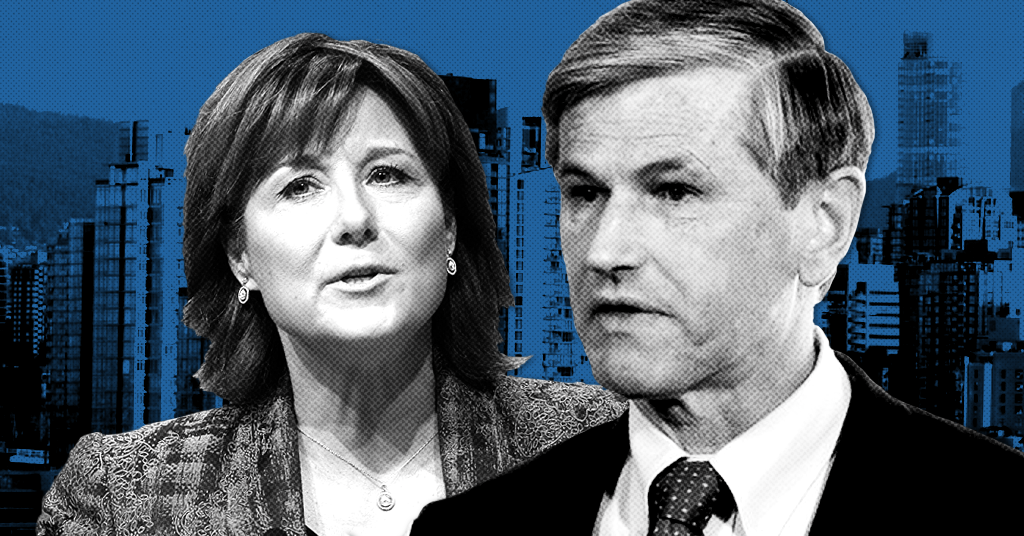 After a long and bitter leadership race, Andrew Wilkinson was named the new leader of the right-wing BC Liberals this weekend.

Wilkinson, a former cabinet minister under Christy Clark and past president of the BC Liberal party, is widely considered a signal that the BC Liberals are sticking with the status quo.

Before the new BC NDP government introduced legislation banning big money, the province’s political financing laws were widely viewed as the loosest in Canada, enabling a system that allowed the BC Liberals to collect well over $100 million dollars from corporations. One report found top donors received $15 billion in contracts, subsidies and other special favours from the BC Liberal government over the same time span.

The New York Times described BC as the “wild west of Canadian political cash.”

In fact, during his time in Clark’s cabinet, Wilkinson earned a reputation as Clark’s “big money spokesperson,” often defending the party against critics who said the BC Liberals were too tight with their wealthy and corporate donors.

Here are a few select quotes that illustrate why:

Last year, when Clark’s BC Liberals were taking heat over their refusal to ban big money from BC politics, Wilkinson defended unlimited corporate donations, even calling it “a system that works”:

“We don’t have limits in British Columbia and that’s how it has been working now for decades … It’s a system that works.”

Leading the Globe and Mail’s Gary Mason to make this observation:

“If you needed evidence of the complete arrogance the BC government is capable of displaying on the issue of campaign financing, Advanced Education Minister Andrew Wilkinson was happy to provide it this week.”

Re: corporate donations are a “legitimate” expression of democracy

“Some people and some companies think that it’s a good idea to support good governance and that’s what everybody’s after in this province. So the idea that people participate in the political process through political donations is entirely legitimate.”

What about Christy Clark’s $10,000 per plate cash-for-access fundraising dinners?

Yep, Wilkinson defended that too:

“It’s a way for parties to raise money and I think the key point to get across here is if the parties aren’t raising the money and are accountable to the ballot box, these funds go elsewhere.”

Even though top BC Liberal donors received $15 billion in government handouts and half of all appointees to the boards of various agencies and crown corporations were BC Liberal donors, Wilkinson made a pretty ludicrous statement about that too:

“No one gets special treatment by being a campaign donor.”

After the BC NDP government imposed new rules cracking down on the influence of big money in provincial politics, Wilkinson described the changes as “a big disappointment” and argued a $1,200 cap on donations is unfair to the BC Liberals:

“They’ve arbitrarily chosen a figure of $1,200 for the amount that is the cap for donations, and clearly that will suit their interests, there’s no rationale for it other than it suits the interests of the NDP. So, this is a big disappointment.”