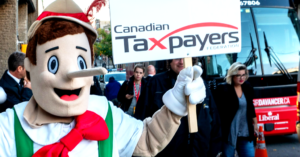 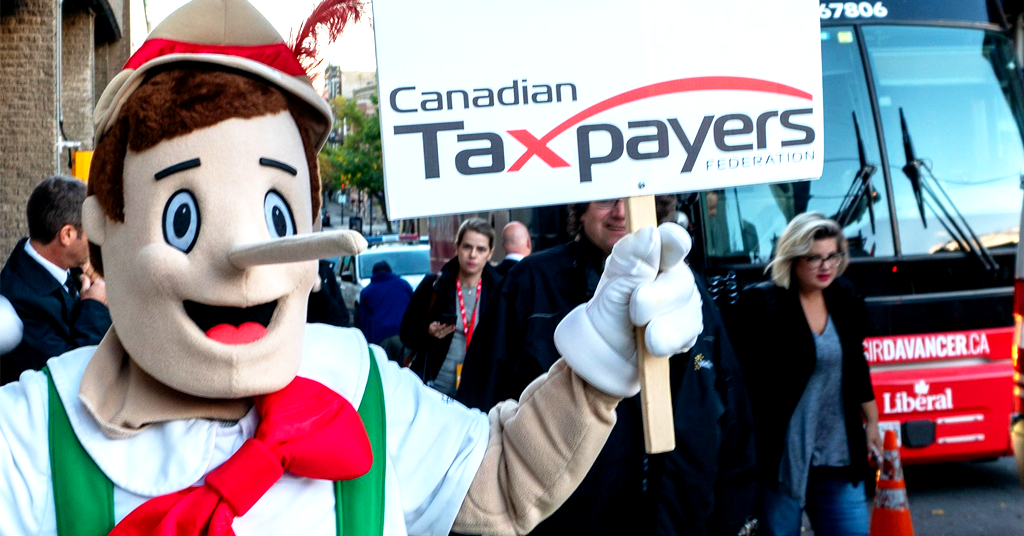 Anti-Indigenous talking points have been creeping into Canadian media and public policy debates for nearly two decades thanks to the work of a right-wing “taxpayer” group, a new academic study argues.

The study, published by researchers at Simon Fraser University and the University of Alberta and first reported by Alberta Politics, looks at the key role “political advocacy groups” have played in shaping “Indigenous-settler relations.”

As a case study, the researchers focused on the Canadian Taxpayers Federation, a right-wing anti-tax group previously led by Alberta Premier Jason Kenney and a favourite go-to source for quotes on tax issues for many corporate media outlets.

Kyle Willmott, a SFU sociology professor and one of the study’s authors, said they focused on the CTF because they are “regularly consulted as some kind of ‘neutral’ group of taxpayers by the press.”

“Their work gets picked up by so many in the political sphere and I think it reinforces racist ideas that actively undermine Indigenous sovereignty,” Willmott told PressProgress.

To conduct their analysis, the researchers identified 407 documents published between 1998 and 2019 on the CTF’s website relating to Indigenous topics. Most documents, the study explains, were press releases, blog posts, reports and articles authored by the CTF  published in publications like the Toronto Sun and Maclean’s.

“The content analysis we conducted demonstrates the shape of how they have contributed to disinformation, ignorance, and policy debates that have undermined Indigenous sovereignty and nationhood, and contributed to anti-Indigenous racism in everyday life,” the study states.

“Across the archive of texts we collected, the CTF has agitated for assimilation, called for relocating reserves, suggested that treaty rights amount to ‘race-based law’, and downplayed the impact of residential schools.” 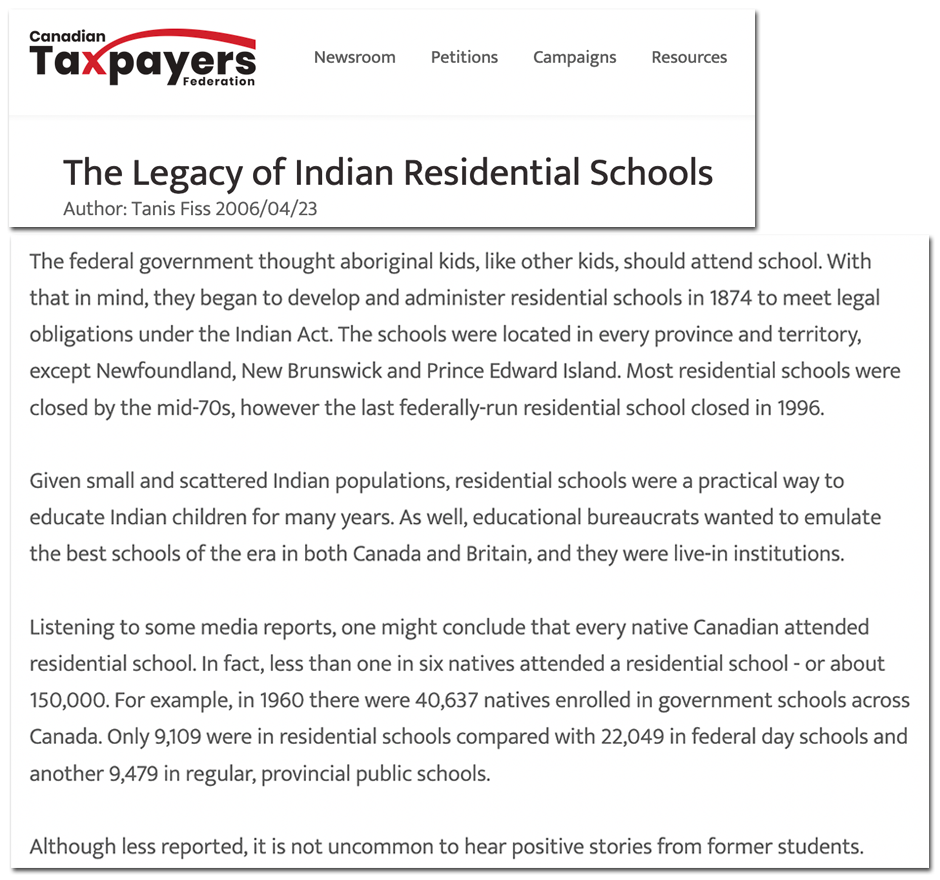 Willmott says his data shows the Taxpayers Federation’s focus has shifted over time, but one of their major recurring themes on Indigenous issues centres on “accountability and transparency.” The study documents the CTF’s calls to “increase the accountability of Indigenous peoples and First Nations.”

“The CTF routinely calls for audits, ombudspeople, and transparency initiatives all aimed at increasing ‘accountability’,” the study notes, explaining that these calls really demand “accountability of Indigenous peoples and First Nations governments to the Federal government and to ‘taxpayers’.” 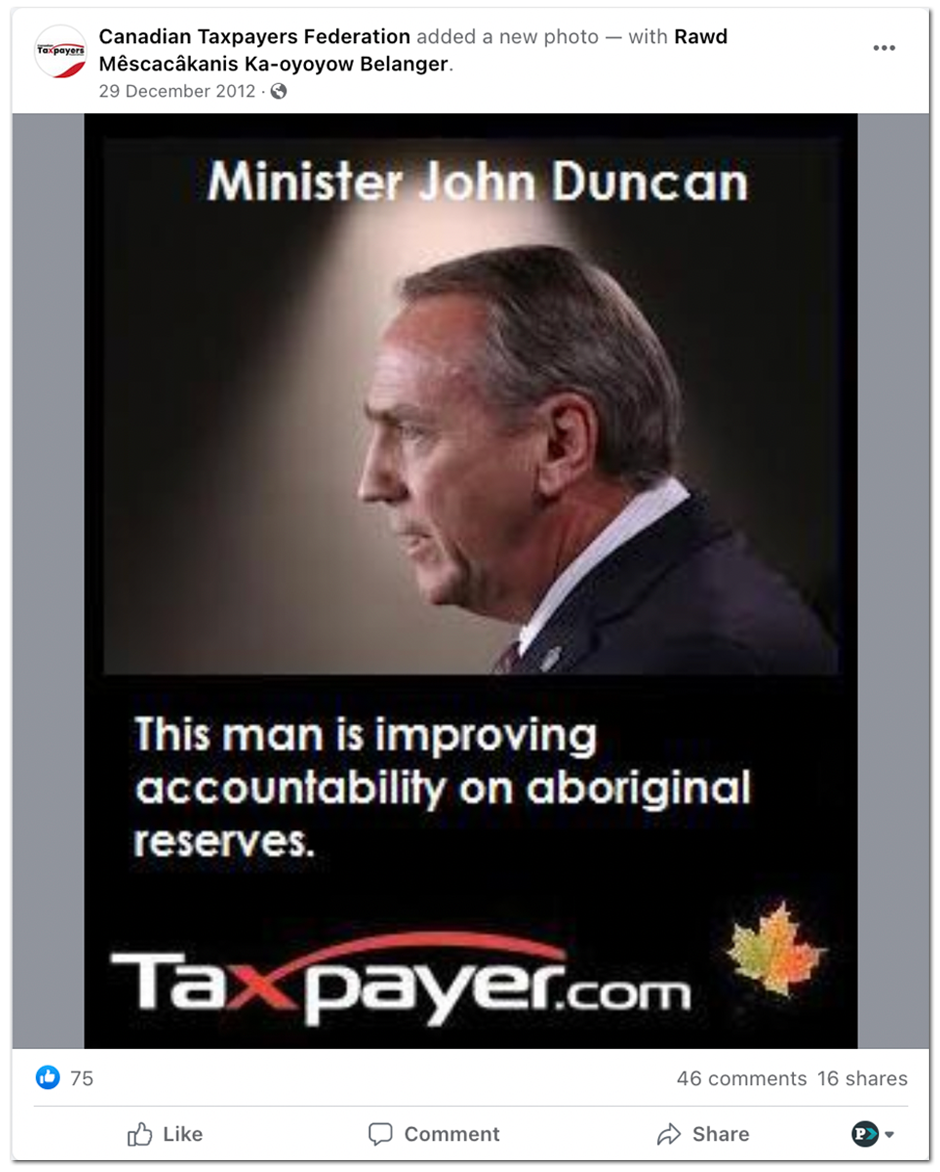 Other major sub-themes relate to “secrecy,” suggestions First Nations have “no accountability infrastructures” and “allegations of corruption and malfeasance.”

“The CTF’s focus on this theme is a continuation of the use of accounting as a tool of delegitimation and dispossession,” the study observes, noting these talking points are rooted in “paternalistic tropes” that present “Canada as morally and fiscally ‘generous’ to First Nations” while “telling Indigenous peoples what is best.”

The study takes a critical look at the word “taxpayer” itself, arguing that by “circulating ideas and stories that position Canadians as ‘taxpayers’, and First Nations as answerable to those very ‘taxpayers’,” the CTF engages in a kind of “fiscalized racism.”

“The taxpayer comes to view themselves as the executor of Indigenous life because of the tropes that so many white people are told about Indigenous people — things like subsidies, welfare, ‘unfair’ tax arrangements,”  Willmott told PressProgress.

“People hear these things and see themselves through this kind of paternalism of ‘I support you with my tax dollars’ — and it becomes this very strange form of individualized possessive fiscal control over Indigenous people.”

The study argues that the Taxpayers Federation is “not necessarily focused on tax policy, but is dedicated to constructing a taxpayer subject that then consumes the various grievances, tropes, and stories that the CTF produce.”

“The CTF traffics in resentment that fosters white settler backlash against Indigenous sovereignty, Indigenous forms of governance, and the legal concept of ‘Indian’ itself.” 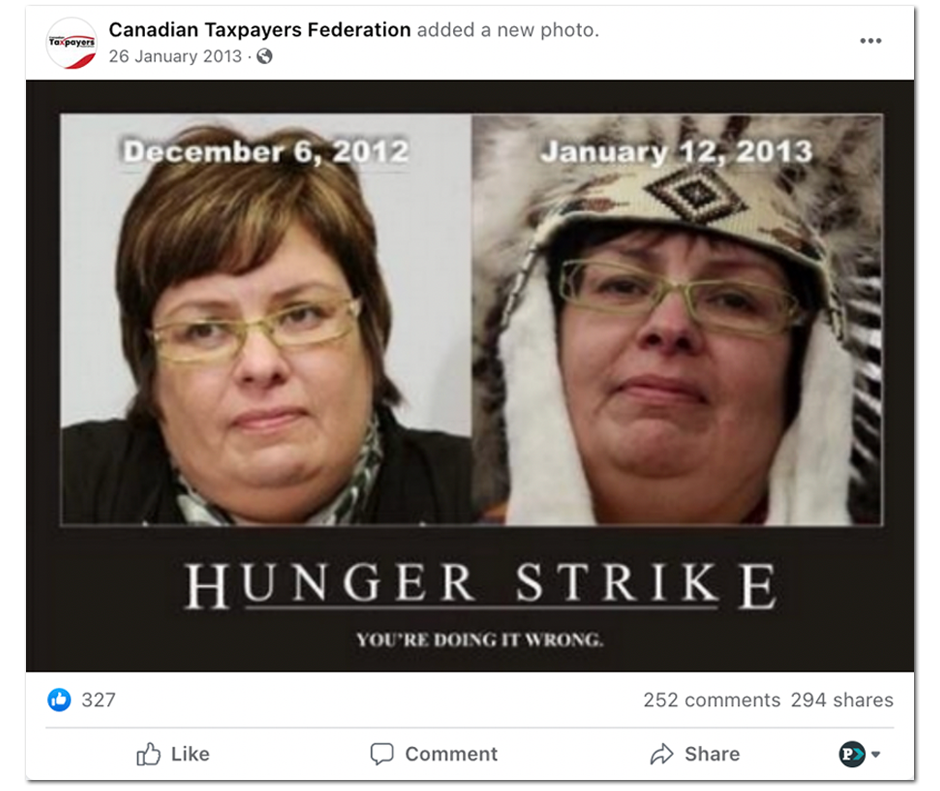 “Either be enveloped and assimilated by Canada and the market economy, or get out of the way of Canada and capital accumulation,” Willmott told PressProgress.

“The nascent right-wing populism documented around tax, pipelines, and race, are all connected,” the study states.

“The CTF plays an oversized role in not only harnessing ‘fiscal anxiety’ of ‘taxpayers’, but by transforming that into actionable political goals that demonstrably harm Indigenous sovereignty in the name of ‘the market’. 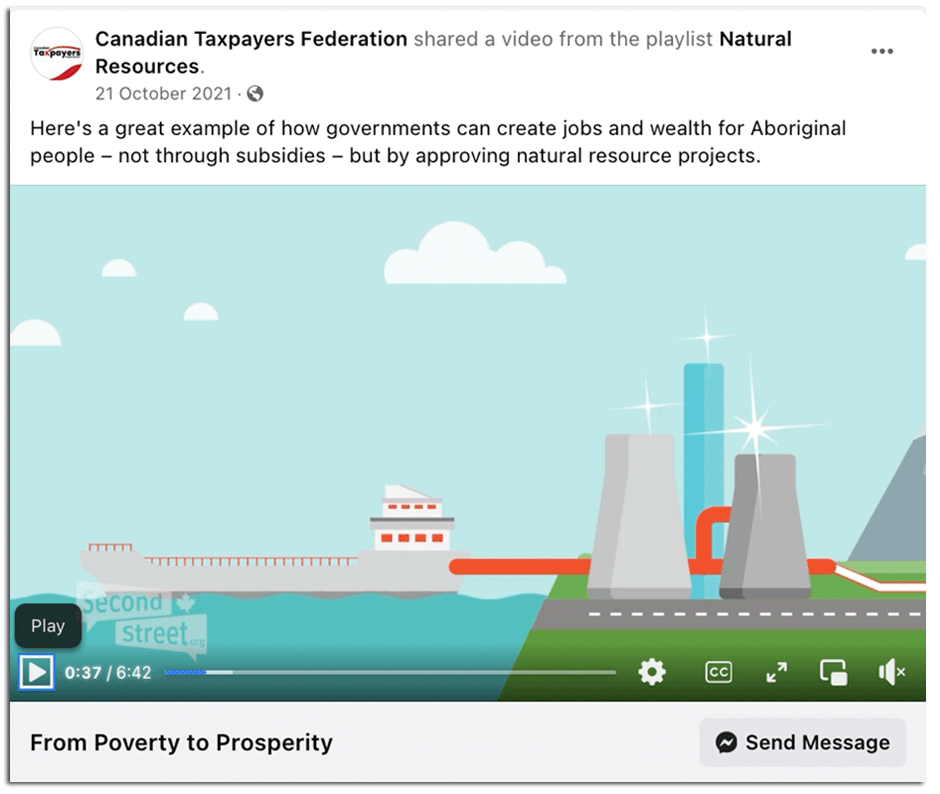 The Canadian Taxpayers Federation did not respond to multiple requests from PressProgress asking if they dispute any of the study’s findings.