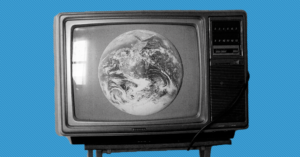 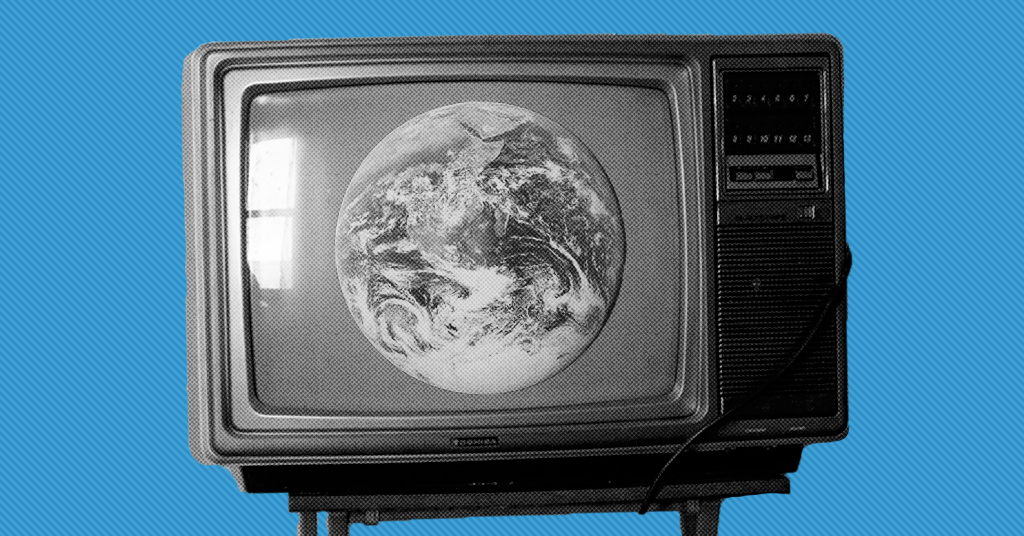 This article is more than 8 months old
Analysis

‘Vested economic and political interests’ are behind the spread of climate change misinformation around the world, IPCC warns

An overwhelming majority of Canadians accept the scientific consensus on climate change, but experts warn some areas of the country have been left more vulnerable than others to being targeted by oil industry-backed misinformation campaigns.

The latest report from the Intergovernmental Panel on Climate Change has highlighted the need for policymakers to take more seriously the threat posed by industry-funded misinformation campaigns, which are derailing action on climate change.

“Rhetoric and misinformation on climate change and the deliberate undermining of science have contributed to misperceptions of the scientific consensus,” the IPCC report states. 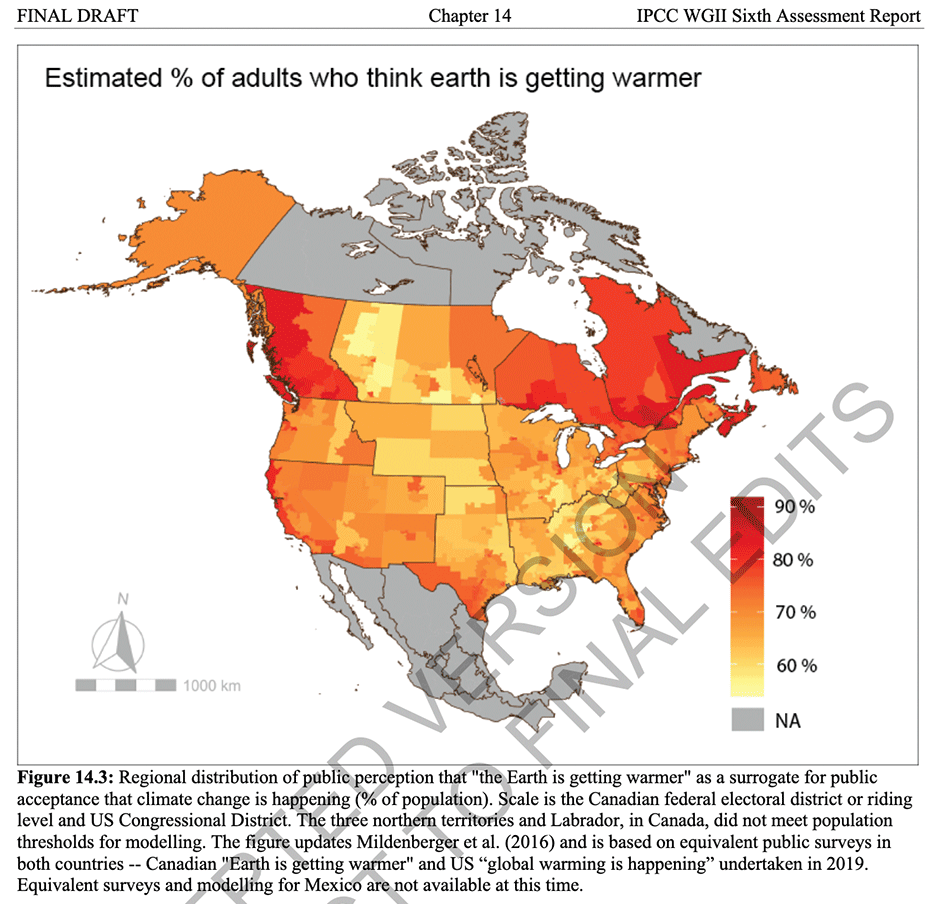 The IPCC cites research that suggests the explanation for these views lies in the entrenched right-wing political cultures of Alberta and Saskatchewan.

“Canada’s dominant influence on non-acceptance was conservative political ideology,” the report states. “Strong party affiliation and partisan opinion polarization contribute to delayed mitigation and adaptation action, most notably in the US, but with similar patterns in Canada.”

Experts say the IPCC’s comments point to a range of activity from the oil industry that undermine efforts to address climate change, including efforts to leverage traditional and social media.

Gunster and colleagues conducted a study looking at how oil lobby groups like the Canadian Association of Petroleum Producers built social media campaigns to inspire industry employees and passive supporters to become, as one CAPP spokesperson called it, “visible and vocal champions of the industry.”

The study found industry groups used an “extractive populism” message in their social media campaigns: The fossil fuel industry is integral to the economic well being of everyday Canadians but is under attack by various “elites” and thus in need of popular, mobilized defense.

Given this context, Gunster says he is cautious about blaming individuals in Western Canada for failing to understand climate science when they have been actively targeted and bombarded by industry misinformation campaigns.

“My own research suggests that, at least on Facebook, those groups and organizations raising doubts about climate science, opposing climate action, etc are more densely organized, coordinated and networked than those promoting climate action,” Gunster told PressProgress.

Robert Neubauer, study co-author and communications professor at the University of Winnipeg, points out that, instead of denying climate change outright, industry messaging often downplays the industry’s role in climate change and the need for immediate emissions reductions.

“They admit climate change is real, but argue that Canada’s oil industry is ‘ethical’ and ecologically sustainable relative to other international sources of fossil fuels, and that any attempt by politicians or environmentalists to price carbon or block a pipeline is nothing more but an attempt by elites to sabotage the economy and the wellbeing of ‘average Canadians’ dependent on the industry,” Neubauer told PressProgress.

“Most especially they have launched more extreme and vitriolic attacks on environmentalists as foreign funded saboteurs, rich celebrity hypocrites with high carbon footprints, and radical ideologues who exaggerate the threat of climate change or tanker spills to fulfill their agenda.”

The oil industry also uses editorials and op-eds from mainstream media outlets to promote their talking points, Neubauer notes. These articles can be conflated with actual news and spread widely online – including the use of quotes in graphics, videos and memes. 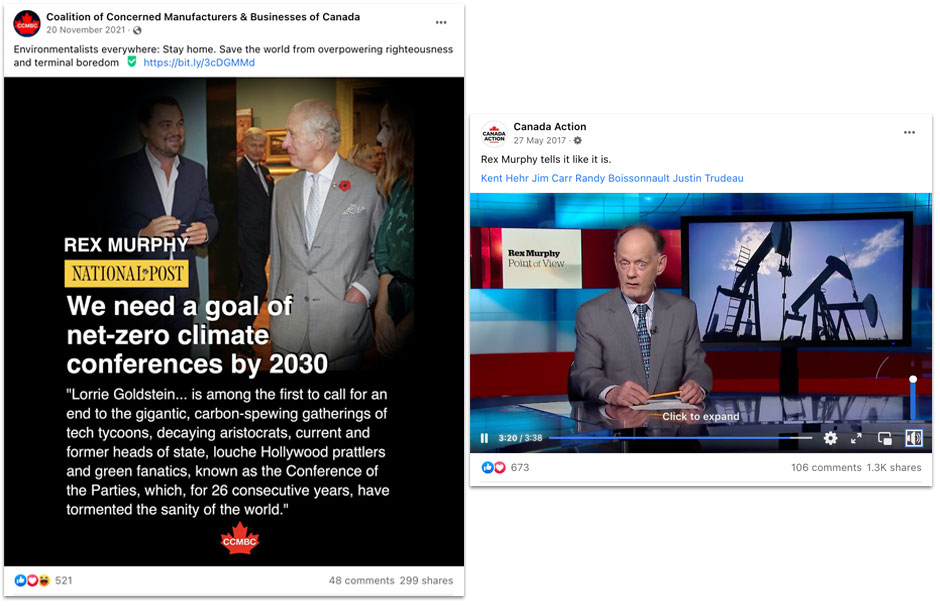 Patricia Elliot, a professor of community and investigative journalism at the First Nations University of Canada, says many journalists themselves have become increasingly concerned about climate misinformation being spread through editorials and op-eds.

Elliot contributed to a recent study on climate change in Canadian media coverage which surveyed 143 climate scientists, 148 journalists and 1,006 members of the public in Canada. The study found the majority of journalists believed climate change should be covered as a crisis.

“Interestingly, 73% of journalists we surveyed said op-eds and letters rejecting basic scientific consensus — for example, opinions denying fossil fuel burning contributes to global warming — should not be published. There is a strong feeling that published information — whether news or opinion — should be accurate and based in facts and evidence,” Elliot told PressProgress.

“About a third of journalists confirmed they faced barriers in reporting climate stories. This included declining newsroom resources and lack of interest among senior management.” Elliot added. “To me, this signals a systemic failure of media organizations to adequately address the climate crisis we are in, rather than a failure of individual working journalists or their audiences.”

“The Saskatchewan government accepts the climate science; it just doesn’t feel especially burdened by it,” Eaton and Enoch told PressProgress.

“We would characterize the Sask Party’s new denialism as ‘diminish, deny and demonize:’ diminish the actual impacts of climate change and Canada’s contribution to it, deny any meaningful climate policy and demonize those that seek to advance an environmentally sustainable future.”

In another study, Eaton and Enoch also found that industry-sponsored curriculum, materials and perspectives were widely circulated in Saskatchewan schools.

“[T]he industry exerts a tremendous social power over the classroom — particularly in oil-producing communities — where teachers are often reticent to raise energy and environmental issues for fear of backlash from parents and the community,” the study concludes.

However, Eaton and Enoch point out that industry campaigns are effective because they resonate with rural communities who experience economic security through the oil industry.

“Any popular organizing approach will have to give these communities some positive vision for the future through a concrete plan for an alternative green economy,” Eaton and Enoch explain.

“Ending an industry that – despite its environmental impacts – provides good-paying jobs, added income to farmers through leases, allows families to remain in rural communities and often provides substantial community philanthropy, without something equally compelling in its place is just a recipe for resentment and reaction.”