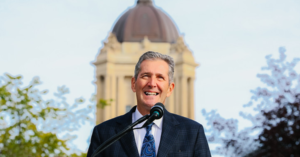 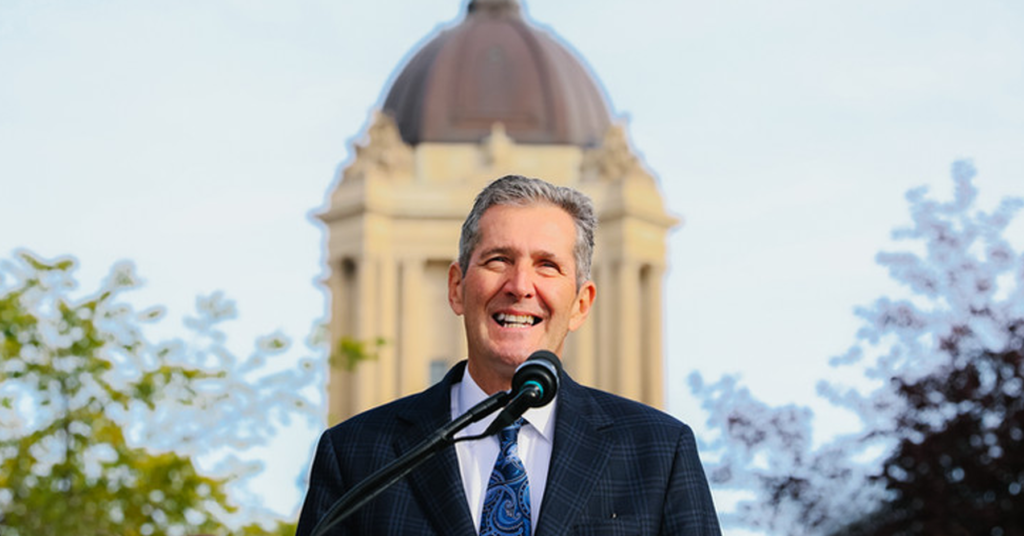 Manitobans are expressing alarm after Brian Pallister’s government refused to release the text for 19 pieces of legislation, a move that experts are calling  “dangerous” and “new low” in democratic governance.

The so-called “mystery bills” were introduced on November 2, 2020 and included titles but no text. The bills cover a  range of significant topics such as public health, childcare, education and policing.

Pallister explained that he is refusing to disclose the content of his bills in order to prevent the opposition Manitoba NDP from having opportunity to block them. Last year, the NDP blocked 20 bills it deemed harmful to working families, accusing Pallister of trying to “ram through” their legislation.

“We’re ready to play nice, but we’re also the elected government of Manitoba,” Pallister said. “I would encourage the Opposition not to try to pretend that they are the government. They are not.”

A group called Communities Not Cuts has launched a letter writing campaign demanding that the text of Pallister’s bills be revealed to the public.

On Monday, another letter signed by former provincial and federal legislators from three separate parties called for Pallister to release the content of all the bills by no later than March 20.

“This is unacceptable. It denies MLAs, stakeholders and the general public the right to the timely review of proposed legislation. Moreover, the tabling of so many bills without text is unprecedented in Manitoba history in the Legislatures of all other Canadian jurisdictions, and in the established norms in every international jurisdiction that responded to enquiries by the Manitoba Legislative Library,” the letter states.

On Wednesday, March 3, the PC government released the contents of only two bills. A Tory backbencher alleged on Facebook that the bills were not ready when they were introduced in November.

Experts say the Pallister government’s decision not to reveal the text of this many bills is highly unusual and breaks with democratic norms.

“The attack on democracy occurring across the globe has infected Manitoba,” Molly McCracken, Director of the Canadian Centre of Policy Alternatives Manitoba told PressProgress. “This is disrespectful to Manitobans and to the many stakeholders in the long-standing process of analyzing and providing important feedback on legislation.”

“Publishing the content upon 1st Reading is generally considered a standard that should be met in a parliamentary democracy,” Deveaux told PressProgress.

“The Commonwealth Parliamentary Association (CPA) – to which the Manitoba Legislature is a member – has benchmarks for democratic standards. It does not say that a Bill’s content must be published at 1st Reading, but does say that matters under consideration should be published in a “timely manner” (Benchmark 6.3.2).”

“While the Manitoba legislature’s current rules may not explicitly prohibit introducing only the title of a bill, the Speaker of the legislature should issue a ruling that says that the precedents set by the entire history of the introduction of bills in the legislature makes it a clear violation to introduce a bill that does not contain the full text of the bill,” Conacher told PressProgress.

“The opposition parties should ask the Speaker to issue this ruling immediately.”

The letter also critiqued the NDP’s “procedural disputes during the last session” for disrupting the legislative process.

“From my perspective there is a significant difference between a party in government not presenting any information about 19 upcoming bills for public scrutiny and the actions of the NDP last spring in relation to the budget,” Peter Ives, politician science professor at the University of Winnipeg told PressProgress.

“They were acting as an opposition party with strong reservations and thus perhaps using procedures to be too obstructionist. That seems to me to be a different level of behaviour than a government that is in power to withhold information about bills they will pass. The former may be objectionable (or not) but the latter is undemocratic.”

Charles Smith, Political Science professor at the University of Saskatchewan also agreed it is not accurate to equate the NDP’s actions with the Pallister government’s.

“I really thought that Pallister’s comments blaming the NDP because they held up legislation in the spring was disingenuous,” Smith told PressProgress. “Like you’re the government, the opposition has no authority. The government is the one that had the power to pass these bills.”

Smith compared Pallister’s “mystery bills” to former Prime Minister Stephen Harper’s omnibus bills which packed in so much legislation that made it challenging for the opposition and the public to sort through and analyze each piece.

“It’s a dangerous trend. This would be almost even further than what Harper was willing to do in that we’re not even letting the public see the content of the legislation until the very last minute,” Smith said.

“It’s a new low in parliamentary behaviour from Canada’s political right – and that’s saying something!” Pilon said. “It’s bad enough that our unrepresentative, executive dominated, first-past-the-post legislatures limit transparency when it comes to decision-making, the least we thought they could do was provide openness about what they were planning to make decisions about.”

“This is a very very bad precedent.”