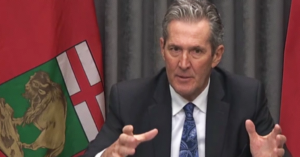 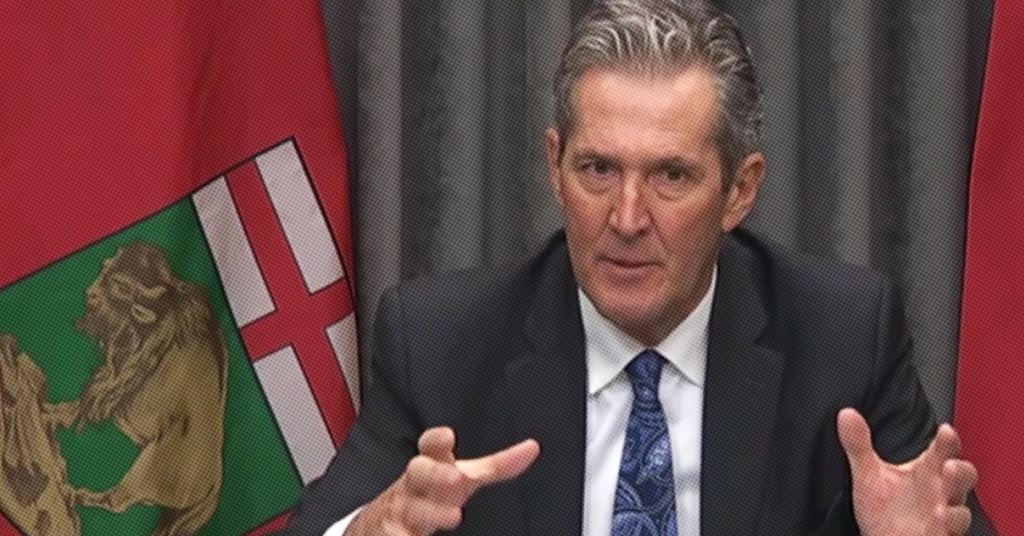 With his approval ratings crashing to new lows, Manitoba Premier Brian Pallister is turning to racist dog whistle politics aimed at stirring up resentment and dividing his province over the rollout of COVID-19 vaccines.

During a news conference Thursday,  Pallister criticized the federal government’s plan to give vulnerable populations priority access to COVID-19 vaccines, claiming it is “short-changing” Manitobans in favour of “Indigenous folks.”

Last month, the National Advisory Committee on Immunization released its plan for the rollout of COVID-19 vaccines, prioritizing healthcare workers, residents and workers at long-term care homes, Canadians over 70-years-old as well as vulnerable Indigenous communities.

Pallister suggested that plan “puts Manitobans at the back of the line.”

“They are also telling us that they are going to hold back the portion of our vaccines for Manitoba that they would then allocate to Indigenous and First Nations communities,” Pallister said. “Manitobans who do not live in northern Indigenous communities would be the least likely to get a vaccine in the country.”

While Pallister acknowledged the federal government has “obligations” to protect Indigenous communities, he asserted that “they need to do this, but not punish everyone else who lives in the same jurisdictions as Indigenous folks by short-changing them on their share of vaccines.”

“It’s unfortunate that the premier chooses to make this an issue that could potentially cause division and be used as a political football, jurisdictional football, when it doesn’t need to be,” Dumas told CBC News.

NACI’s plan explains that “Indigenous communities have been disproportionately impacted by past pandemics” and remote communities “may not have ready access to sufficient health care infrastructure.”

It notes that the “risk for severe outcomes, including death, and societal disruption is proportionally greater than in other communities.”

“I have no interest in meeting with a premier who race-baits and plays loosely with (inter-gov) relationships” pic.twitter.com/dYMKbZzwwX

Pallister’s statements Thursday echoed similar comments at a press conference earlier in the week in which he predicted non-Indigenous people living in southern Manitoba could “rush” to northern Indigenous community in search of vaccines.

“This is lifeboat time,” Pallister said. “We know that we can’t have everybody on the limited number of lifeboats that are going to appear, as vaccines come in limited numbers.”

On Friday, official opposition leader Wab Kinew accused Pallister of resorting to “fear mongering” to deflect attention from his own leadership.

“Why is he coming out twice in one week to try and divide people and do this fear mongering about indigenous people and the vaccines? I think it’s simple: It’s to hide the fact that he doesn’t have a plan for vaccination in Manitoba.”

“Everybody in Manitoba who want a vaccine is going to be able to get it,” Kinew said. “That should be the message that he comes out to Manitobans with on a day-to-day level.”