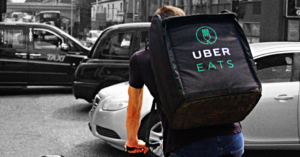 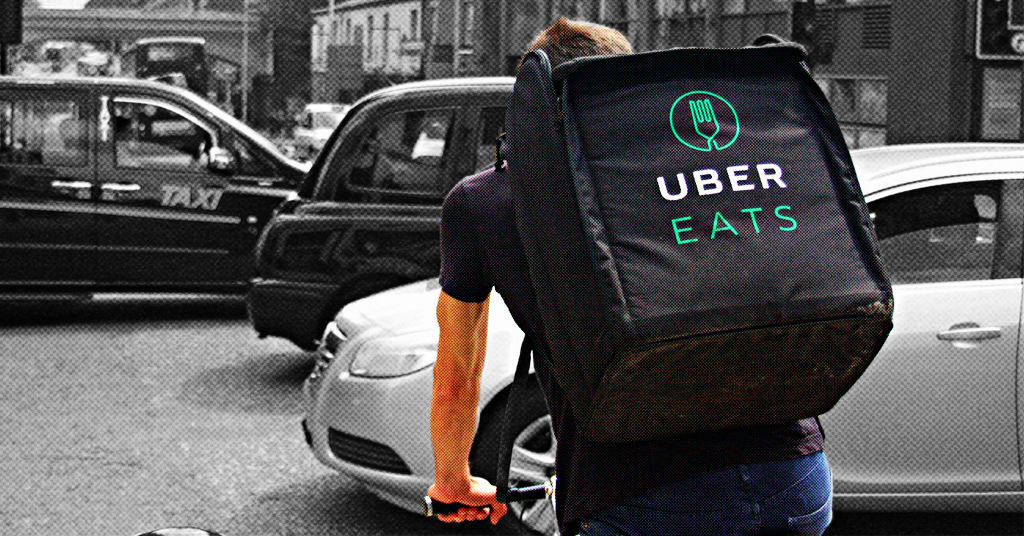 Majority of Canadians Say Gig Economy Workers Should Be Able to Unionize and Get Benefits, New Poll Finds

New public opinion polling finds widespead support for the right of ‘gig economy’ workers to join unions and receive benefits like workers in other industries.

A new report from Vector Research as part of the Union Opinion Project has found more than half of all Canadians (52%) agree gig economy workers should be allowed to unionize, bargain collectively and negotiate contracts.

Another 60% of Canadians also agree companies like Uber should be required to provide workers with benefits like medical insurance, sick leave, paid vacations, retirement plans and workers’ compensation.

But among gig workers themselves those numbers soar — around three-quarters of Canadian gig workers agree they should be allowed to form unions (70%) and receive benefits from the companies they work for (76%).

One of the main obstacles facing gig economy workers relates to the industry’s slippery use of language that miscategorizes workers as “independent contractors.”

“Canadians have the wrong image of gig workers and think they have clients, not bosses,” the report states. “Usually gig workers use their own equipment, set their own schedules and don’t receive an hourly wage or salary,” the report adds, pointing to examples like drivers for “a ride-hailing service like Uber.”

The poll found 73% of respondents are buying into the gig industry’s misleading language claiming their workers are more like “independent contractors” then they are like “employees.” Nearly half (45%) of gig workers polled think of themselves as “employees” of app-based services. 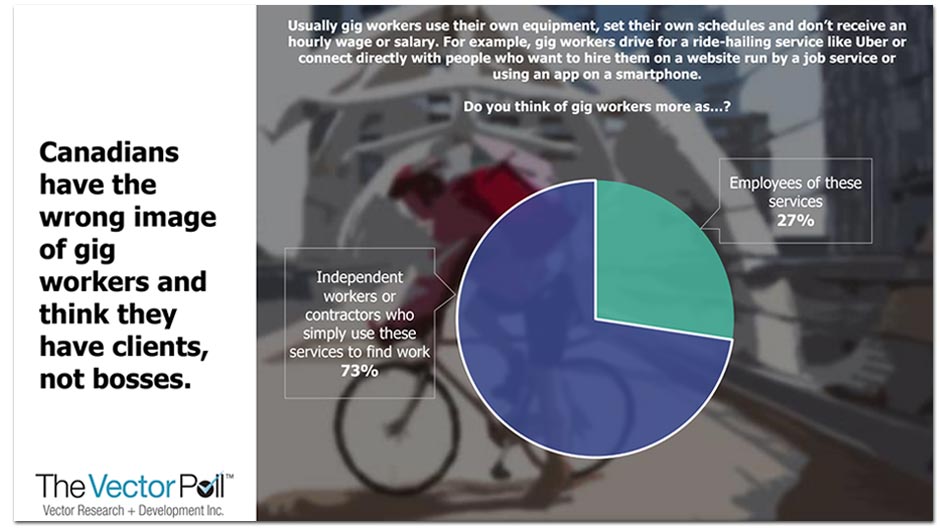 Earlier this year, gig workers for Foodora won a landmark decision from Ontario’s Labour Relations Board affirming their right to join a union.

The Labour Relations Board rejected Foodora’s argument that workers were merely “independent contractors,” stating: “In a very real sense, the couriers work for Foodora, and not themselves.”

Adrian Macaulay, a research associate with Vector, noted the polling also indicates the vast majority of gig workers are aged between 18 and 34, and that young gig workers are the most keen to organize.

“This poll proves that was never the case, and that gig workers should have every right to collectively organize,” Johnson said.

“Like other workplaces, gig workers are dependent on the company for access to work, and the gig company determines all of the working conditions,” he added. “The current relationship favours the employer and leaves the workers in a precarious situation with no stability and no benefits.”

Although Foodora announced it was shutting down its Canadian operations shortly after losing the Ontario Labour Relations Board decisionn, results released this week showed 88.8% of Foodora couriers voted in favour of unionizing with the Canadian Union of Postal Workers.

“Gig workers have made it clear that the status quo does not work, and that change must happen,” CUPW National President Jan Simpson told PressProgress.

“Many tried to convince Foodsters that organizing was not possible, yet they persisted, and they have paved the way for all precarious workers to gain rights and unionize.”