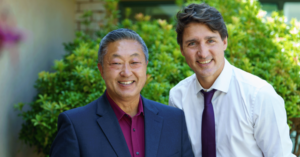 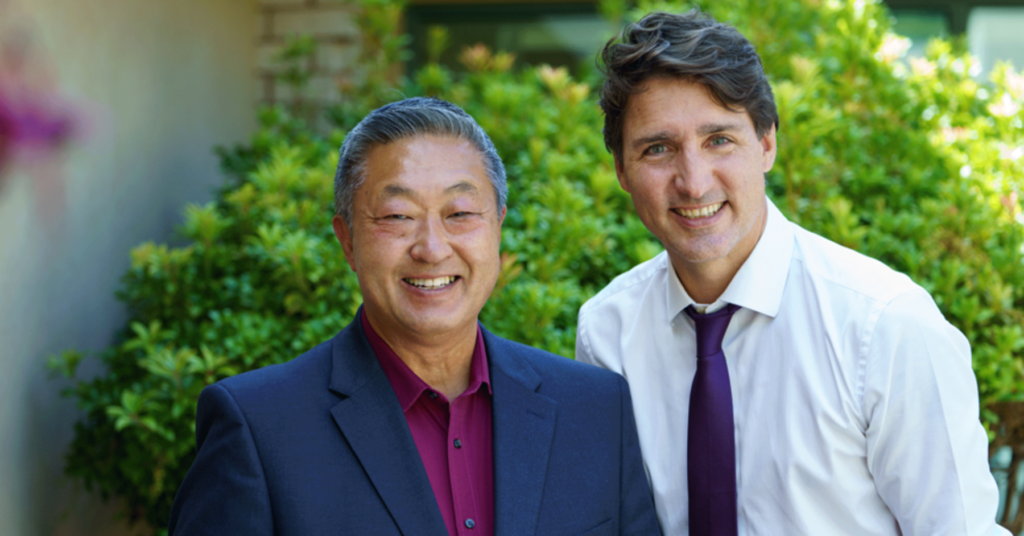 Then BC Liberal Jobs Minister Shirley Bond publicly repudiated calls for a $15 minimum wage based on consultations with “business owners” who opposed the increase.

One of the business owners who opposed the increase was none other than the current federal Liberal candidate for Esquimalt–Saanich–Sooke — Douglas Kobayashi.

In an interview with the Goldstream News Gazette, Kobayashi, then head of the West Shore Chamber of Commerce and owner of Colwood’s Bitez Sandwich Bar, criticized the minimum wage increase and suggested the government should not tell business owners what to pay workers.

“I think a move to $15 would have been ridiculous,” Kobayashi told the local newspaper. “It’s unfortunate that the government has to tell us what to pay staff,” adding that the market should establish how much business owners pay workers.

Kobayashi described workers at his sandwich bar as “kids” and suggested that raising the minimum wage would help youth at the cost of the elderly: “Increasing prices would affect seniors.” 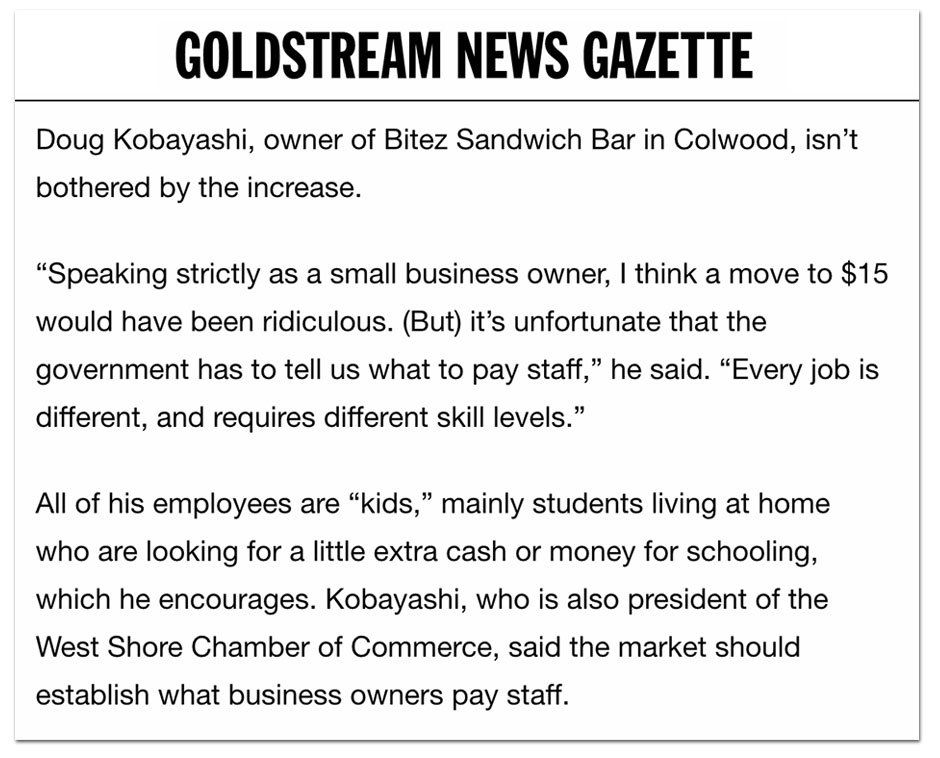 In a 2014 Boulevard Magazine profile, the Liberal candidate shed additional light on his labour practices, explaining that he primarily hires young women who, according to the magazine, had a “rough start” in life to work at his sandwich bar.

“I can teach them just about anything they need to know,” Kobayashi told the local magazine. “This (job) is a life experience. I try to ingrain values. Teach why it’s important to be punctual, be reliable, be responsible.”

“I push education, sometimes to my detriment,” the sandwich bar owner said. “We give our girls a lot of responsibility.”

In a statement to PressProgress, Kobayashi said his position on minimum wage laws have evolved and his past statements laws “do not reflect my views today.”

In the 2021 federal budget, Trudeau’s Liberal government announced it would bring in a $15 minimum wage for federally-regulated industries, despite having previously run attack ads against the NDP for proposing the same idea.

During a 2016 one-on-one conversation with a struggling Southwestern Ontario worker named Neil, Trudeau falsely claimed raising the minimum wage was “not something that the federal government can do directly” and predicted it could lead to price increases and job losses.