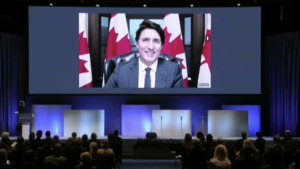 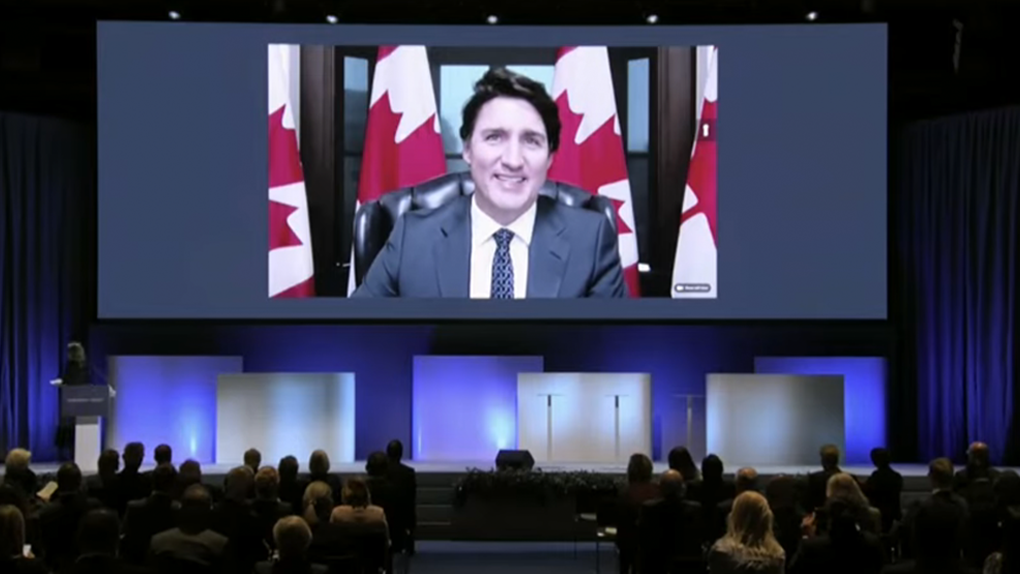 The Prime Minister’s Office declined to clarify remarks by Justin Trudeau  equating unnamed left-wing “extremist groups” with white supremacist groups and suggesting both sides are spreading “hatred, fear and mistrust” in Canada and other democratic societies around the world.

Delivering a speech this week to an international conference in Malmö, Sweden on combatting anti-Semitism and racism, Canada’s Prime Minister turned his attention to the role of technology and social media in “enabling harmful content like hate speech.”

“We’re in a time right now where around the world we see an increase of polarization, of extremism, of radicalization everywhere, including in some of the most open, liberal democracies in the world,” Trudeau told the conference.

“In our elections, in our public discourse and in mainstream communications — let alone social media — we’re seeing a rise in intolerance.”

Trudeau then offered an unusual explanation for the source of “white supremacy” and “hatred” on social media platforms, suggesting these ideas are in fact being pushed by “extremist groups on the far-right and the far-left”:

“We see the organizations of extremist groups on the far-right and the far-left that are pushing white supremacy, intolerance, radicalization, promoting hatred, fear and mistrust across borders but within borders, as well.”

The Canadian Anti-Hate Network, an advocacy group that monitors hate groups in Canada, tweeted a statement accusing Trudeau of equating “anti-racists and anti-fascists with white supremacists and the far-right.”

The CAHN called Trudeau’s comments “irresponsible” and demanded an apology.

Today, @JustinTrudeau equated anti-racists and anti-fascists with white supremacists and the far-right. This is disinformation. It is irresponsible. And it warrants an apology. #cdnpoli pic.twitter.com/wvCyI0J4PF

In a statement to PressProgress, the PMO indicated Trudeau stands behind his remarks.

“As the Prime Minister said, he was speaking about groups that are ‘pushing white supremacy, intolerance, radicalization, promoting hatred, fear, and mistrust across borders, but within borders as well’,” PMO press secretary Alex Wellstead told PressProgress.

The PMO declined to identify which “far-left” groups Trudeau had in mind or name a single left-wing group in Canada that matched that description.

Evan Balgord, Executive Director of the Canadian Anti-Hate Network, says “far-left” is a broad term, used commonly by right-wing media outlets to describe groups with an anti-racist or anti-oppression focus.

“I think the Prime Minister misspoke,” Balgord told PressProgress. “When he said far-left groups are pushing ‘white supremacy’, that’s a very clear mistake. I hope he’s more clear about what he considers the ‘far-left’ in the future, and that the far-right is the real threat.”

“The far-right, if they took power, would use that power to discriminate against, exile and execute their opponents if they don’t kiss the boot enough, they don’t meet the standard of what’s Canadian, or because of their skin colour” Balgord said.

“Leftist organizations in Canada, which are sometimes described as the far-left by conservative media, are typically struggling for equal rights for all.”

“The far right wants to kill people and take over the country. It’s obvious which one is dangerous.”