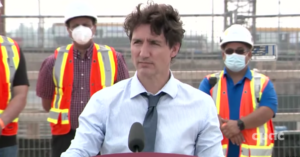 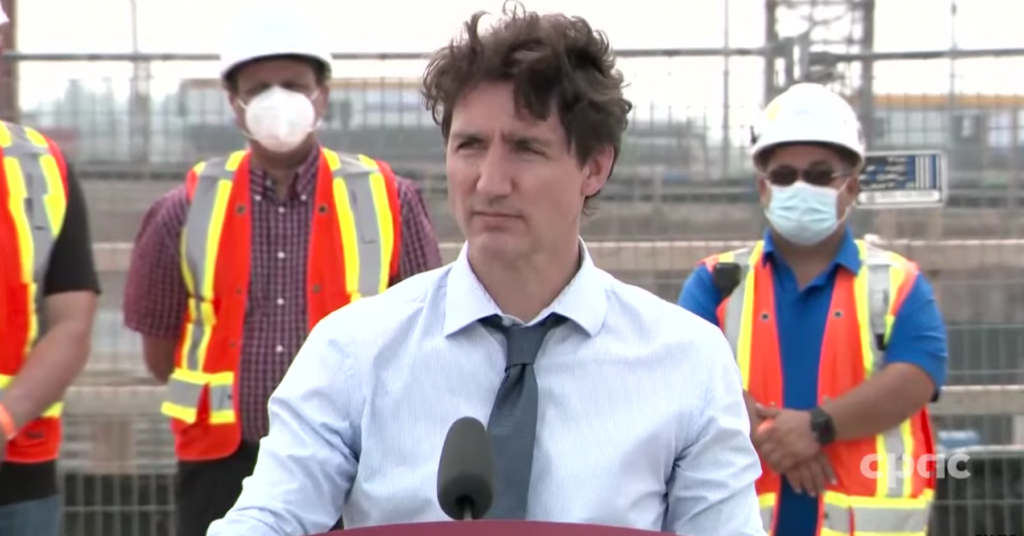 Justin Trudeau Announced 302 ‘Affordable’ Rental Units Will Be Built in Brampton. The Developer is Only Building 72.

During a press conference with Brampton-area Liberal MPs on Monday, Trudeau announced “the construction of 302 new affordable rental units” in the city’s Mount Pleasant Village.

“We’re building a 26-storey residential tower,” the prime minister said. “Hard-working middle-class Canadians will be able to live close to where they work.”

The federal government is funding the project by providing $120 million through the Canada Mortgage and Housing Corporation’s Rental Construction Financing Initiative to a real estate developer called Choice Properties.

However, CMHC told PressProgress that less than one-quarter of the 302 units in the project are guaranteed to actually be “affordable,” which is defined by CMHC as 30% or less of the area’s median household income.

“This project’s initial rents will be at least 10% below the rental project’s gross achievable rents,” CMHC added.

The project is scheduled to be completed in October 2023. The landlord will determine the rent for the remainder of the rental units at that time, CMHC said.

The Prime Minister’s Office referred questions from PressProgress about the prime minister’s public statements to the Ministry of Families, Children and Social Development.

A ministry spokesperson did not specifically address questions about the accuracy of the prime minister’s statements, but said the Rental Construction Financing Initiative is “extremely successful” and added that it was “just one part of the National Housing Strategy.”

Geordie Dent, executive director of the Federation of Metro Tenants’ Associations, told PressProgress that Trudeau’s statement exaggerates the amount of “affordable” housing that the federal government is building.

“It’s actually pretty consistent with some of the announcements that they’ve made,” Dent said. “This is largely a government that’s trying to look like it’s doing something when it’s actually not.”

As well, Dent said the CMHC’s definition of “affordable” housing is typically far more expensive than working-class renters can afford. According to CMHC, the median household income in Brampton is just over $87,000, based on 2016 census data — 30% of that median figure amounts to over $2,000 per month.

The Canadian Rental Housing Index ranks Peel region, which encompasses the City of Brampton, as “severely unaffordable” for those on low incomes.

Dent also noted “affordable” rental units developed through RCFI are only controlled for a limited period before returning to market rates. CMHC told PressProgress that the developer will maintain units in the Brampton project at “affordable” rental rates for 21 years.

Looking ahead to the upcoming federal election, Dent said a major increase in public housing supply is urgently needed.

“Everything that’s being recommended now is mostly window dressing,” Dentexplained. “It’s not the large structural programs that are going to help fix this issue, but in my opinion that’s mostly because it’s not an issue for a certain section of the population.”

“Large real estate investment trusts (and) large firms are very well in bed with a couple of the federal parties, and they want to keep this going, and in addition a lot of homeowners are benefitting,” Dent added. “Everyone on the lower end of the spectrum who can’t afford a property is suffering greatly.”

“Average rents in the (Brampton) region went up by 40% in the past decade, more than twice the pace of inflation, which means these subsidized rental units will be as unaffordable as average units are today, in real terms, within a short period,” Tranjan said.

“We’re pouring water in a bucket full of holes.”

Tranjan added that developers, corporate landlords and real estate investment funds are the true beneficiaries of supposedly “affordable” housing initiatives, especially in the long-term, because they will ultimately collect high returns on units the federal government helped to pay for through RCFI.

During the next election, Tranjan said those concerned about housing security should look for candidates who are committed to building public and non-profit housing.

“We should reject the “affordable housing” language altogether as it allows politicians to dodge the real question in the housing file: Are you willing to rein in the market?”