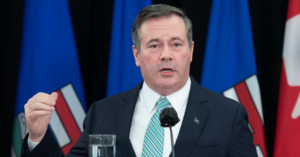 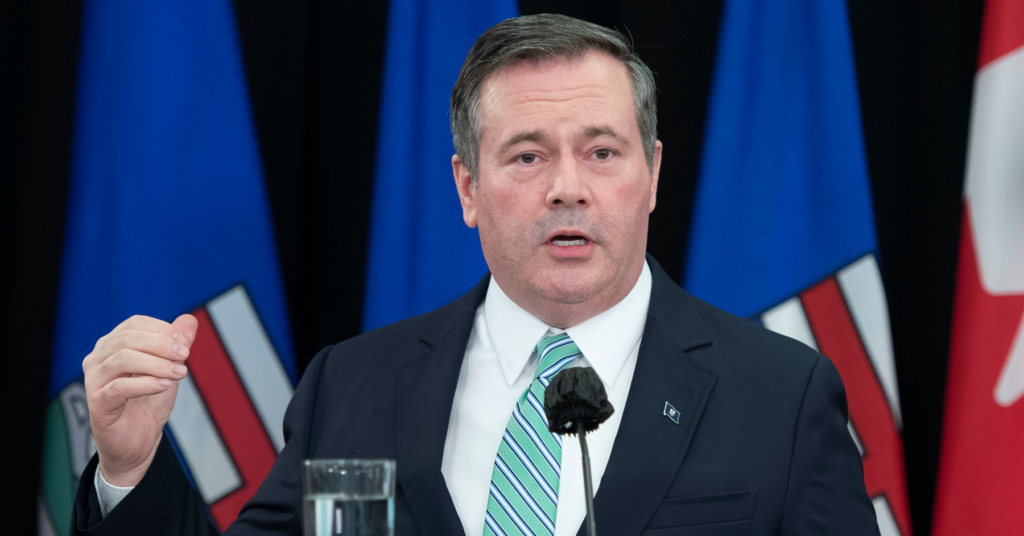 Already facing widespread scrutiny and ridicule over its decision to denounce a children’s cartoon, the Government of Alberta’s energy war room has now launched a round of taxpayer-funded attack ads targeting Bigfoot too.

The cartoon follows the adventures of Bigfoot’s human family members and a cast of talking woodland animals as they try to rescue Bigfoot after he disappears without a trace while trying to protect a wildlife preserve from polluters.

The energy war room launched a campaign accusing the Bigfoot cartoon of “brainwashing our kids with anti-oil and gas propaganda.” Kenney personally endorsed the anti-Bigfoot campaign Tuesday, charging that the cartoon unfairly depicts an oil company as “conspiring to murder people, including kids.”

The war room’s new Facebook ads attack the “kids’ movie” for “spreading misinformation about the oil and gas industry.” The ads ask Facebook users to “stand up for our kids” and “stand up for oil and gas” by sending a letter to Netflix. 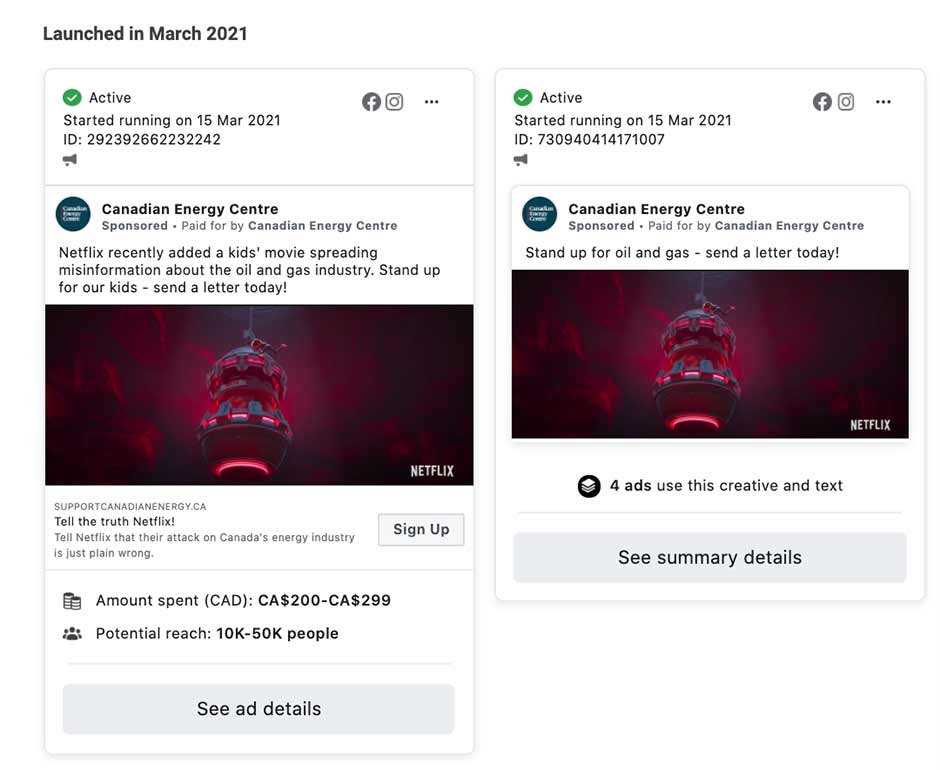 Targeting data disclosed by Facebook shows most of the ads are not targeted at the age demographic most likely to watch and enjoy Bigfoot Family.

Only one-third who saw the taxpayer-funded ad were from Alberta — 27% were from Ontario, 12% were from British Columbia and another 8% were from Saskatchewan. 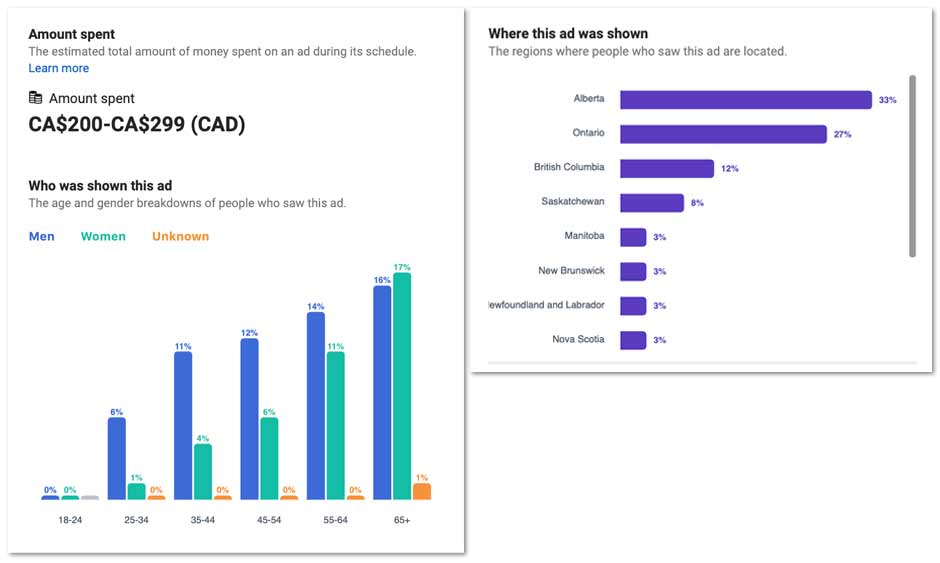 The ads link to a landing page on a website called “SupportCanadianEnergy.ca,” which describes itself as a “Canadian Energy Centre project.” The page, which is run on a platform called NationBuilder, asks users for their name, email and postal code.

NationBuilder is a customer relationship management system that is often used by political campaigns and non-profit groups to identify supporters, collect and store contact information in a database and use that data to contact supporters, typically for fundraising purposes.

It is not clear why the energy war room, which is publicly funded, would need that kind of technology — or what it is doing with the data it is collecting.

In a statement, Canadian Energy Centre CEO Tom Olsen said the war room is trying to “identify supporters,” but did not explain why.

“It is important to identify supporters,” Olsen told PressProgress. “The CEC uses common methods of identifying those supporters, including using NationBuilder.” 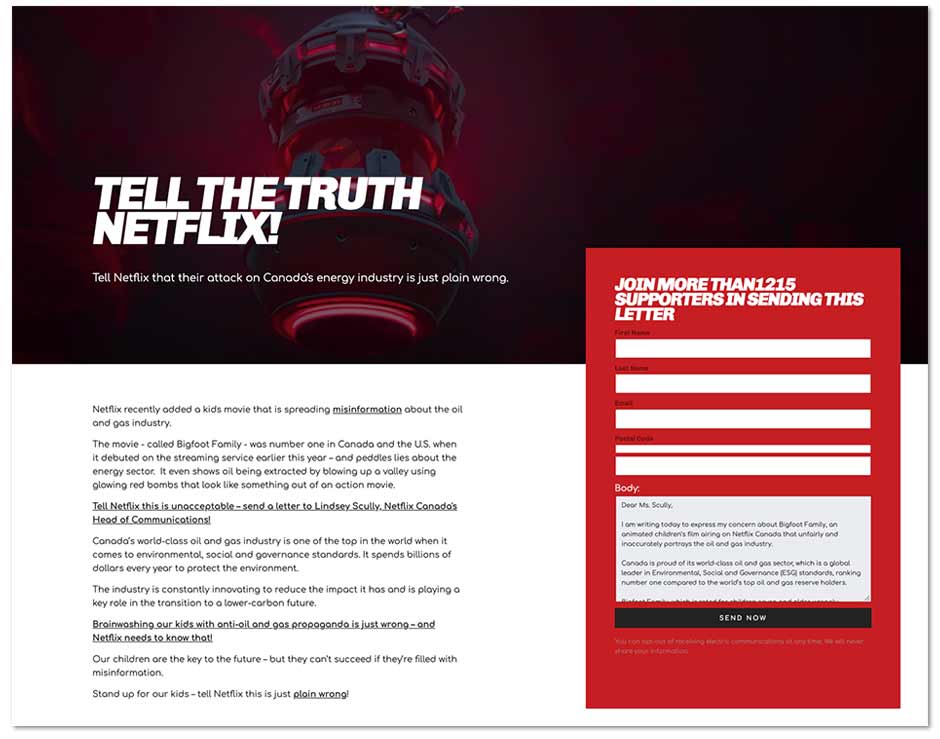 The war room’s privacy policy states that “to conduct its business and to manage our relationship with you, we may need to collect, store, use, and disclose some of your personal information,” but adds they “may collect, use and disclose your personal information without your consent or knowledge in those limited circumstances where your consent or knowledge is not required by law.”

That language leaves some privacy experts scratching their heads.

“They are dancing in the grey areas,” Fraser said. “Certainly people in 2021 expect to be fully notified of the purposes for which personal information is used and expect to be given the opportunity to consent to being spammed. This would be particularly acute where it seems they are profiling people based on perceived political views.”

“I can say that it appears their practices do not align with what people come to expect from diligent organizations that care about privacy.” 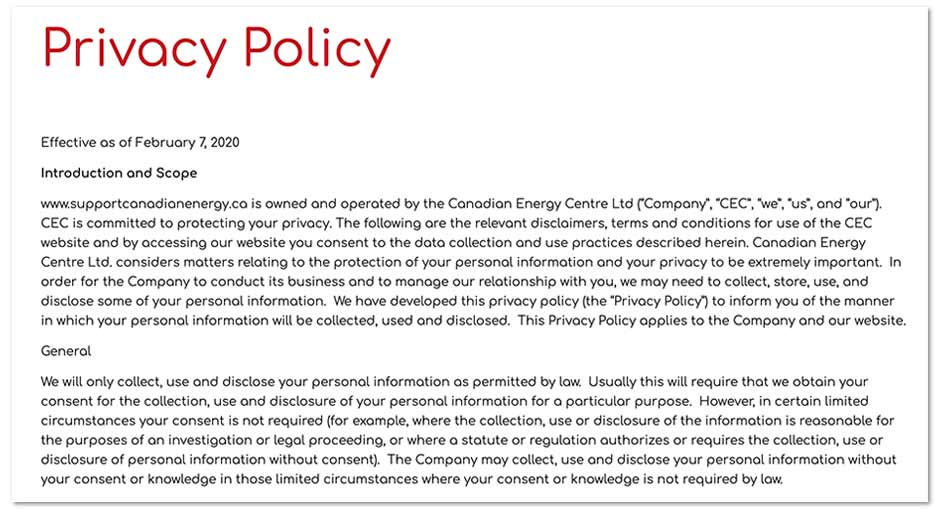 The Canadian Energy Centre CEO did not respond to multiple follow-up questions asking directly if the war room has shared any data with third parties such as industry and advocacy groups or other branches of the Alberta government.

“The data is owned by the Canadian Energy Centre,” Olsen told PressProgress.

“The CEC follows all the rules and guidelines outlined by the province of Alberta.”