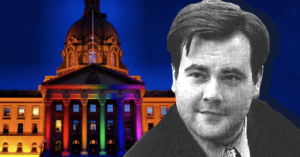 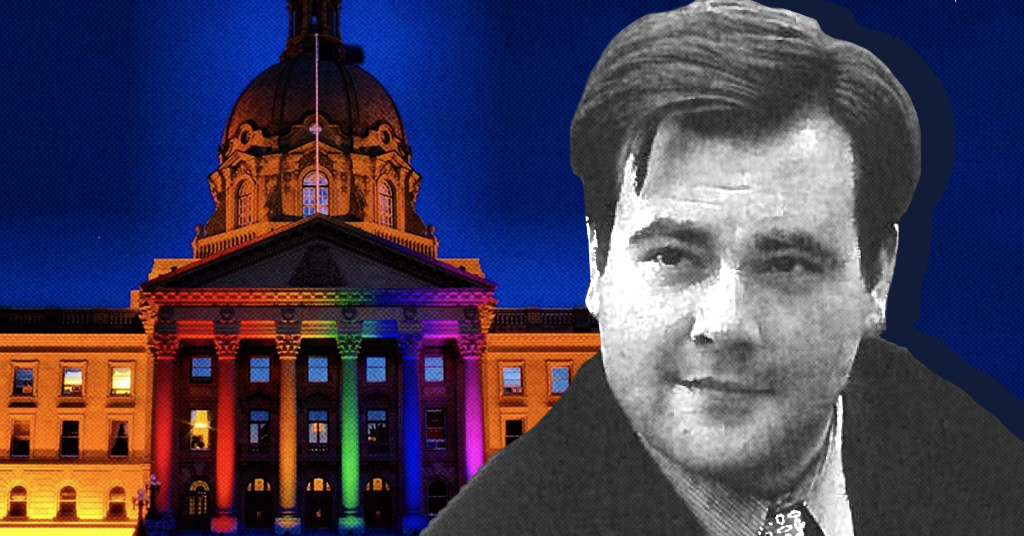 Jason Kenney once advocated using the notwithstanding clause to make it legal to discriminate against gays and lesbians in Alberta.

With the notwithstanding clause back in the news thanks to Ontario Premier Doug Ford’s attempt to override the Constitution to rig Toronto’s municipal elections, LGBTQ Albertans might have another reason to be on edge about Jason Kenney’s campaign to become Premier of Alberta.

In 1998, Kenney demanded then-Premier Ralph Klein invoke the notwithstanding clause because he didn’t want the courts to “enforce gay rights.”

“If the court rules to enforce gay rights, and the Alberta government rolls over, they will clearly be implicated in the decision,” Kenney told the Alberta Report, a defunct right-wing magazine that regularly denounced “sodomy” and the “gay lifestyle.”

“If, on the other hand, they have the courage to invoke Section 33, to use the one remedy in the Charter, they will have begun the recovery of democracy.”

Kenney’s message came just before the Supreme Court’s landmark Vriend v. Alberta decision, a case brought forward after a college instructor was fired from his job after his employer learned he was gay – the case led to the protection of “sexual orientation” by the Charter of Rights and Freedoms. Section 33 of the Charter, also called the notwithstanding clause, is a mechanism that allows provincial legislatures to override portions of the Constitution. The original proponents of the clause believed it should only be used sparingly, during emergencies or under extreme circumstances.

Ford invoked the notwithstanding clause to overturn a court ruling that found his law aimed at gerrymandering Toronto’s political boundaries in the middle of an election were undemocratic and unconstitutional. Ford has also stated he is ready to use it again whenever the courts strike down his laws as unconstitutional.

Kenney’s comments at the time are unsurprising given, for example, his “perfect voting record” opposing any and all legislation that protects abortion and LGBTQ rights.

Just last year, Kenney ignited controversy when he argued parents should be notified if their child joins a gay-straight alliance club at school.

Kenney’s record also won him unwavering endorsements from social conservative groups that oppose the “gay lifestyle” or abortion. Kenney’s bid to takeover and dissolve Alberta’s Progressive Conservative Party was backed by a homophobic parents group that opposes GSAs and a group “formed to nominate and elect pro-life politicians.”

In fact, the anti-abortion group RightNow promotes Kenney as a “pro-life politician” who will help advance their agenda of rolling back access to abortions. One of Kenney’s former staffers currently leads the group’s campaign to stack UCP nomination meetings to install 52 anti-abortion candidates across the province.

In May, Kenney and his MLAs repeatedly walked out of the legislature during a vote on legislation that would prevent anti-abortion protesters from harassing women at abortion clinics.

Kenney has responded to accusations that he’s evasive about his social conservative agenda by insisting his positions on social issues have been “consistent” since he was a Reform MP under Preston Manning in the 1990s.

“My position is consistent since I first ran for Parliament in 1997.”

Does that include overriding the Constitution to deny LGBTQ Albertans their rights and freedoms?