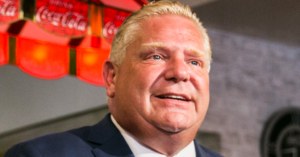 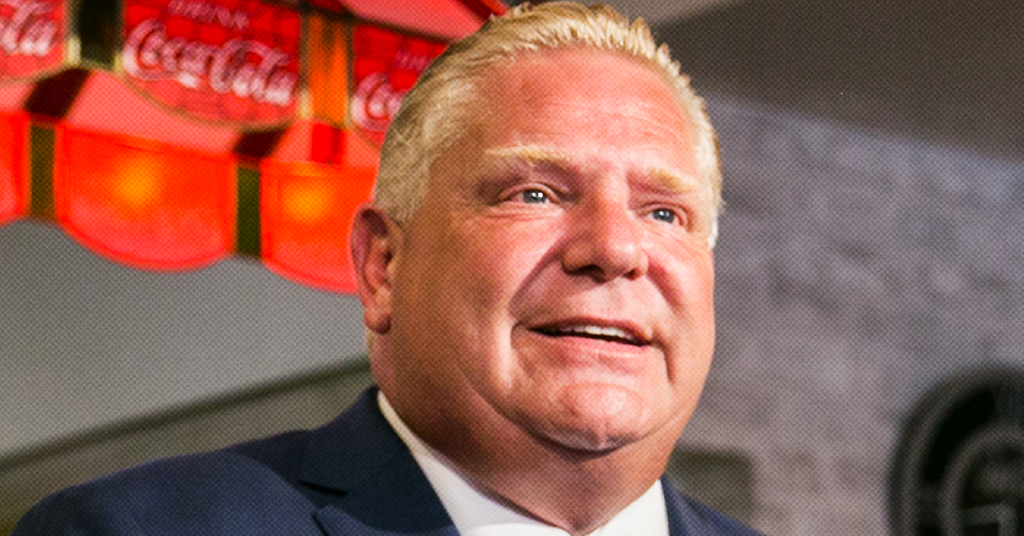 In a decision delivered Monday morning, Ontario’s Superior Court struck down Ford’s legislation eliminating half of Toronto City Council in the middle of an election, ruling the move is “unconstitutional.”

Ford’s controversial Bill 5 gerrymandered Toronto’s political boundaries, reducing the number of wards from 47 to 25 – a move that would have heavily shifted power to suburban wards held by Ford’s allies and diluted the influence of urban voters.

Ford pitched the last-minute changes redrawing Toronto’s political boundaries as a way to “restore accountability and trust” in local government when he first rolled out Bill 5 in July while critics had described Ford’s move as a “vindictive” attempt to stack the deck against old political rivals at City Hall.

Doug Ford’s vindictive and targeted attack on the City of Toronto and our 2.9 million residents may have passed in the Legislature, but we’ll see him in court. Local democracy is worth defending and we’re going to fight for it.

According to Monday’s ruling, Ford’s last minute meddling in Toronto’s election is wildly undemocratic and unconstitutional.

Here are the most damning excerpts from the Ontario Superior Court’s ruling:

“It is only when a democratically elected government has clearly crossed the line that the “judicial umpire” should intervene.

The Province has clearly crossed the line.”

2. Doug Ford’s law “cannot be justified in a free and democratic society”

“At first glance, Bill 5 although controversial in content appears to fall squarely within the province’s legislative competence. Upon closer examination of the surrounding circumstances, however, one discovers at least two constitutional deficiencies that cannot be justified in a free and democratic society.”

3. Doug Ford’s law redrawing political boundaries in the middle of an election undermines “a fundamental value of democracy”

“Here, the law changing the City’s electoral districts was enacted in the middle of the City’s election. This mid-stream legislative intervention not only interfered with the candidate’s freedom of expression, it undermined an otherwise fair and equitable election process.

Electoral fairness is a fundamental value of democracy.”

4. Doug Ford’s move is a violation of free speech

“Once the Province has entered the field and provided an electoral process, it may not suddenly and in the middle of this electoral process impose new rules that undermine an otherwise fair election and substantially interfere with the candidates’ freedom of expression.”

5. Doug Ford’s elimination of half of Toronto’s city councillors would make it impossible to respond to constituents’ concerns in a “timely fashion”

The evidence before this court supports the conclusion that if the 25 FEDs option was adopted, City councillors would not have the capacity to respond in a timely fashion to the “grievances and concerns” of their constituents.”

“If there was a concern about the large size of some of the City’s wards (by my count, six wards had populations ranging from 70,000 to 97,000) why not deal with these six wards specifically? Why impose a solution (increasing all ward sizes to 111,000) that is far worse, in terms of achieving effective representation, than the original problem? And, again, why do so in the middle of the City’s election?

“I find that the Impugned Provisions (that impose a 25-ward structure with an average population size of 111,000) infringe the municipal voter’s right under s. 2(b) of the Charter to cast a vote that can result in meaningful and effective representation. Once the Province has provided for a right to vote in a municipal election, that right must comply with the Charter.”

8. Doug Ford did not bother consulting anyone or looking at any other solutions

“There is no evidence that any other options or approaches were considered or that any consultation ever took place. It appears that Bill 5 was hurriedly enacted to take effect in the middle of the City’s election without much thought at all, more out of pique than principle.”

9. Doug Ford’s law is “antithetical to the core principles of democracy”

“Passing a law that changes the City’s electoral districts in the middle of its election and undermines the overall fairness of the election is antithetical to the core principles of our democracy.”

10. Toronto’s municipal election will go ahead with 47 wards, not 25 wards

“It follows from this decision that the City’s election on October 22, 2018 shall proceed as scheduled but on the basis of 47 wards and not 25 wards. If the provincial government wishes to enact another Bill 5-type law at some future date to affect future City elections, it may certainly attempt to do so. As things now stand – and until a constitutionally valid provincial law says otherwise – the City has 47 wards.”

That means Toronto’s municipal election will go ahead as originally planned – unless Doug Ford did something extreme and invoked the notwithstanding clause to run roughshod over the court’s ruling.

#BREAKING: Source tells me @fordnation is convening cabinet right now to discuss using ‘notwithstanding’ clause re Bill 5 decision. He will make public his intentions on how gov’t to fight decision at noon, @globalnews will have live coverage. #onpoli #topoli #cdnpoli

Toronto Mayor John Tory, who had advance knowledge of Ford’s original plans last month, hinted at the possibility Ford was considering invoking the notwithstanding clause during a press conference Monday morning.