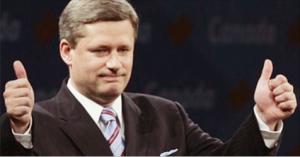 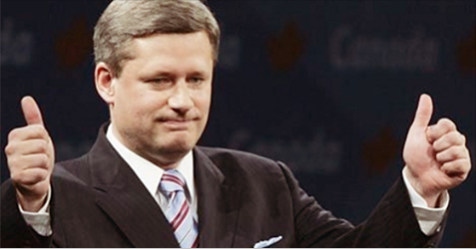 Both poverty and income inequality rose sharply during Harper's last year in office.

In news that will come as a surprise to no one, poverty and inequality got worse during Stephen Harper’s tenure in office.

But the latest data from Statistics Canada helps us complete the picture, giving us a look at what happened in 2015: Harper’s last year as Prime Minister.

As the Maytree Foundation’s Hannah Aldridge observes in her recent analysis of the StatsCan data, both poverty and income inequality worsened between 2014 and 2015.

According to the report, poverty increased in 2015 based on all three metrics used in Canada to measure poverty: the low income cut-off (LICO), the low income measure (LIM), and the Market Basket Measure (MBM).

What contributed to this sharp increase in poverty?

As Aldridge notes, inequality of income between households increased between 2014 and 2015, with market income (that is, household income before taxes and excluding government transfers) only rising for the richest 20% of earners.

At the same time, the bottom half saw their market incomes fall substantially. During nearly 10 years of Conservative rule, the poorest households saw their total incomes increase a full percentage less than the average of 8.5%.

The richest earners meanwhile saw their incomes rise much more sharply, by nearly 12% between 2006 and 2015. While these changes affected different groups of earners and family types in different ways, the overall picture is a lot starker.