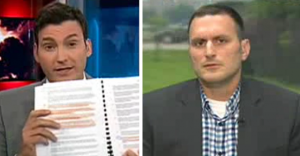 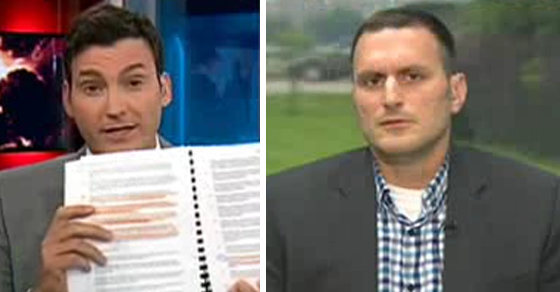 Just tell people you haven’t gotten around to reading the report yet. Because if you haven’t read it, it hasn’t happened yet. That appears to be the Conservatives’ bright idea on how to defend themselves against Tuesday’s damning Transporation Safety Board report that concluded Transport Canada’s weak oversight was a cause and contributing factor in […]

Just tell people you haven’t gotten around to reading the report yet.

Because if you haven’t read it, it hasn’t happened yet.

That appears to be the Conservatives’ bright idea on how to defend themselves against Tuesday’s damning Transporation Safety Board report that concluded Transport Canada’s weak oversight was a cause and contributing factor in last year’s Lac-Mégantic train derailment that killed 47 people.

The Transportation Safety Board’s report was a scathing indictment of Montreal, Maine & Atlantic railway’s “weak” safety culture and repeated instances of “cutting corners.” But the report also devotes plenty of ink to Transport Canada for being aware of problems at MMA, and yet failing to “provide adequate regulatory oversight” of a company without a functioning safety management system.
Rather, the Conservatives would rather focus on the train’s one (and only) conductor for failing to secure the hand brakes.

“As we have said all along and as the criminal charges demonstrate, clearly the rules were not followed,” Transport Minister Lisa Raitt told reporters yesterday. “The facts show that insufficient hand brakes were applied to the train and the hand brakes were not tested appropriately.”

TSB chair Wendy Tadros warned people to resist this kind of assessment just an hour earlier during Tuesday’s press conference: “In Lac-Megantic, [the accident’s] context was about more than hand brakes or what the engineer did or didn’t do that night.”

But when pressed by reporters about this part of the story, the minister (and later, her parliamentary secretary Jeff Watson) had a handy answer at the ready.

“How can you explain to Canadians that this railway was allowed to operate? Why didn’t someone shut it down?,” CBC’s Julie Van Dusen asked Raitt. “I haven’t had a chance to go through the study, Julie,” explained Raitt.

Granted, it was only an hour after its release, but even initial new stories digested enough information to explain this wasn’t just about brakes.

And then there’s Watson.

The Conservative MP from Essex, Ontario appeared on CBC’s Power & Politics hours later to offer the government’s response to the TSB’s Lac-Mégantic report. (The show airs at 5 pm ET; the report was released at 10:30 am ET.)

Like Raitt before him, Watson emphasized that “this accident is a response of the fact that rules were not followed, in this case most specifically that hand brakes were not properly applied nor tested. The results of that were, of course, very devastating.”

When Solomon pressed Watson about Transport Canada’s role in the disaster (on three separate occasions), Watson also dodged the issue, explaining that he hadn’t actually read the full report yet.

“The point is that you weren’t guarding public safety. Your department wasn’t doing it. Do you accept responsibility for ignoring warnings that led to so many deaths?” asked Solomon.

“Well, in fairness Evan, you have the report, I haven’t had a chance to read the report,” Watson replied.

Watson assured Solomon that he had “downloaded” the report but hadn’t gotten through the whole thing yet. Watson also had something to say about “gotcha journalism.”