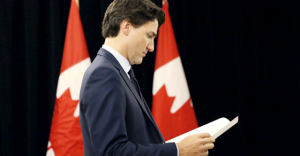 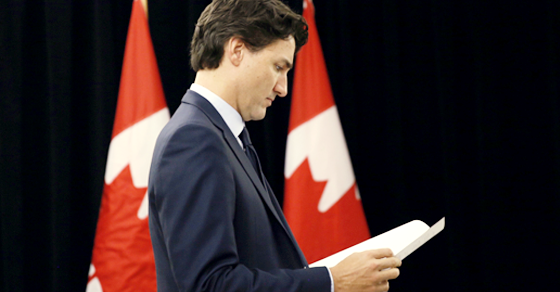 That finding is contained in a Finance Canada analysis of the Liberal Party’s 2015 platform commitment on “reducing taxes on the middle class.”

According to Finance Canada, the Liberal platform’s promise to reduce taxes on the second tax bracket effectively means a tax cut for those in higher brackets too.

“Individuals in the third and fourth tax bracket,” Finance Canada points out, “also benefit from a reduction in the second tax bracket.”

The fourth tax bracket covers anyone earning more than $138,586.

Those in the third and fourth tax brackets represent the top 9% of all tax filers in Canada.

Finance Canada’s analysis reinforces a previous analysis by the Parliamentary Budget Officer, which found “the reduction of the second bracket tax rate will benefit the top 30 per cent of earners.”

The Liberals created a new tax bracket taxed at 33% for those earning over $200,000, except that group only represents 1.3% of all tax filers.

In other words, the major gains from the “middle class tax cut” will go to the top 10%, minus the top 1%. Although the the Liberal platform claimed their tax cut would mean “$3.0 billion in annual tax relief” for middle class Canadians, it appears that’s not entirely accurate either.

Of the promised $3 billion tax cut, $1.5 billion actually goes to those in the third bracket and higher earning over $89K, points out Broadbent Institute senior policy advisor Andrew Jackson.

So in reality, half of all the benefits from the “middle class tax cut” end up in the hands of Canada’s top 10% of tax filers.

Canadians earning less than $45,000 receive no benefit from the “middle class tax cut.”