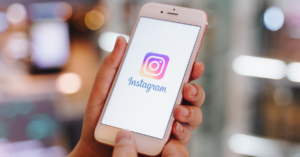 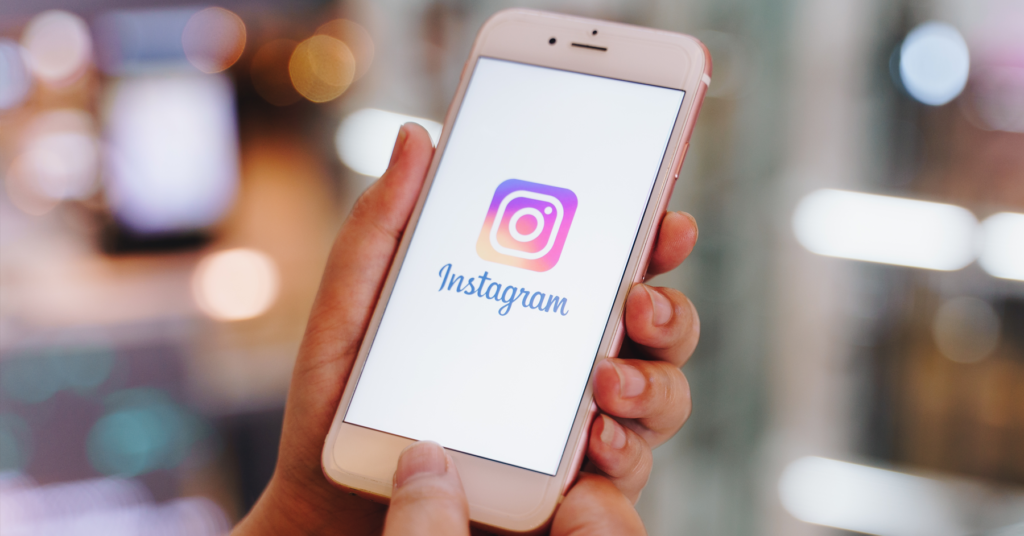 Instagram is apologizing for an unexplained “global technical issue” that deleted posts about missing and murdered Indigenous women, girls and two-spirit people, but won’t provide details as to why exactly the posts disappeared.

On May 5, Instagram users in Canada and the United States reported that posts marking the National Day of Awareness for Missing and Murdered Indigenous Women, Girls and Two-Spirit People (MMIWG2S) were being taken down.

Following public criticism, Instagram’s public relations team tweeted that they had “fixed this issue,” but did not specify why MMIWG2S content was singled out.

In a statement to PressProgress, a spokesperson from Facebook, which owns Instagram, said a “global technical issue” that was “not directly related to the National Day of Awareness of Missing and Murdered Indigenous Women or Red Dress Day” caused the posts to be taken down.

“We’re sorry to all impacted, especially those raising awareness for important causes globally,” Facebook added. “This impacted Instagram Stories that contained re-shared content all around the world and was not related to any hashtag use or specific content.”

The spokesperson did not provide examples of other content impacted by the glitch and did not respond to follow-up questions seeking specific information about the “global technical issue” that caused MMIWG2S content to be deleted. 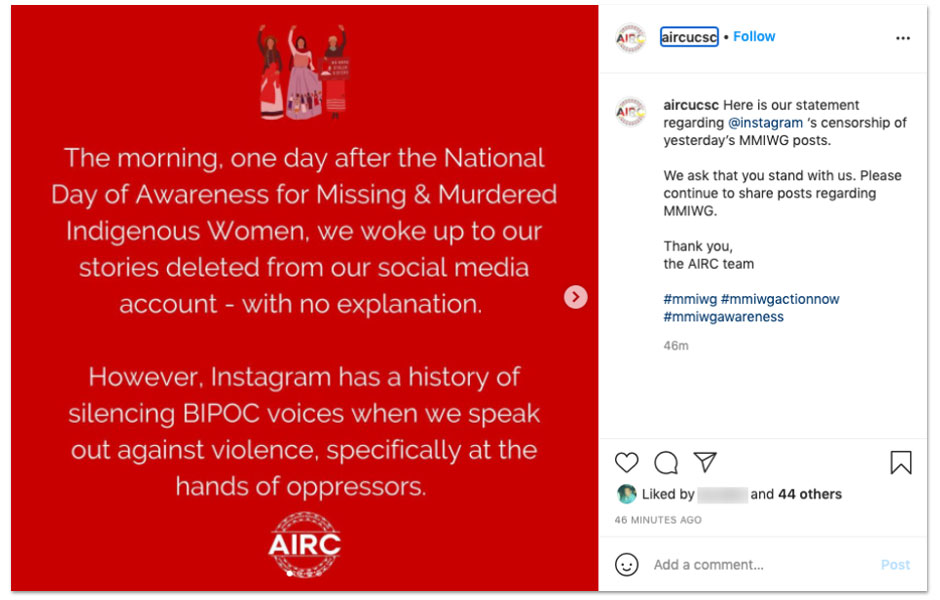 Facebook, which has faced pressure to crack down on hate speech on its platform, relies heavily on automated tools to identify and remove hateful content. Activists have suggested the company’s wrongful flagging of content shows it is “asleep at the wheel.”

In an apology Friday, Instagram head Adam Mosseri reiterated that the “bug” that caused MMIWG2S content to disappear was unrelated to “what hashtag they used”:

“Many people thought we were removing their content because of what they posted or what hashtag they used, but this bug wasn’t related to the content itself, but rather a widespread issue that has now been fixed.”

Many people thought we were removing their content because of what they posted or what hashtag they used, but this bug wasn’t related to the content itself, but rather a widespread issue that has now been fixed.

Indigenous Instagram users told PressProgress they were shocked to see their MMIWG2S posts had been suddenly removed on Thursday.

Selena Mae Mills, an Indigenous artist, told PressProgress that Instagram “took all of them down from IG stories.”

“I noticed (Thursday) morning when on Twitter and saw someone else tweet about it and checked my accounts.” 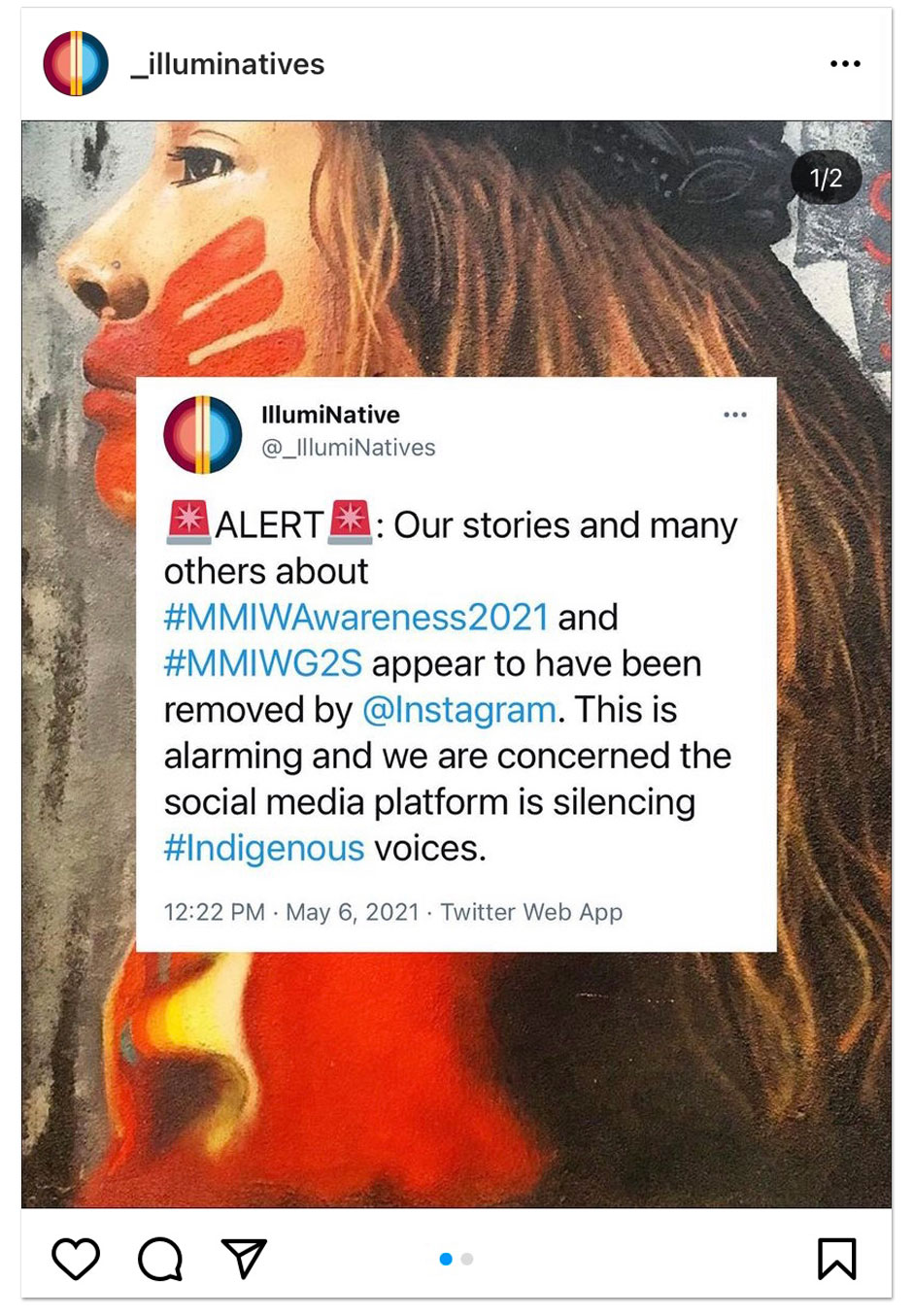 Melina Laboucan-Massimo, director of Indigenous Climate Action who also had MMIWG2S posts deleted, wrote on Instagram: “As the sister of a Murdered and Missing woman it is already incredibly difficult to even talk about her death publicly.”

“The trauma and violence that our family has experienced since her murder continues on by the police state, judicial colonial system, and mainstream media in how they portray our peoples through racist stereotypes and victim blaming,” Laboucan-Massimo wrote. “Now Instagram is being added to this list.”

“This morning I cried until my eyes were raw after seeing that my stories which took so much to put out in the world were deleted.”

Indigenous groups based in California were also impacted. Crystal Echo Hawk, founder and executive director of the group IllumiNative, said the removal of Indigenous social media content contributes to the violence experienced by Indigenous peoples.

“The erasure and censure of MMIWG2S content means Instagram actively participated in the erasure of Native peoples and has actively harmed our community’s ability to advocate for and protect our women, girls, and 2-Spirit relatives,” Hawk told PressProgress. 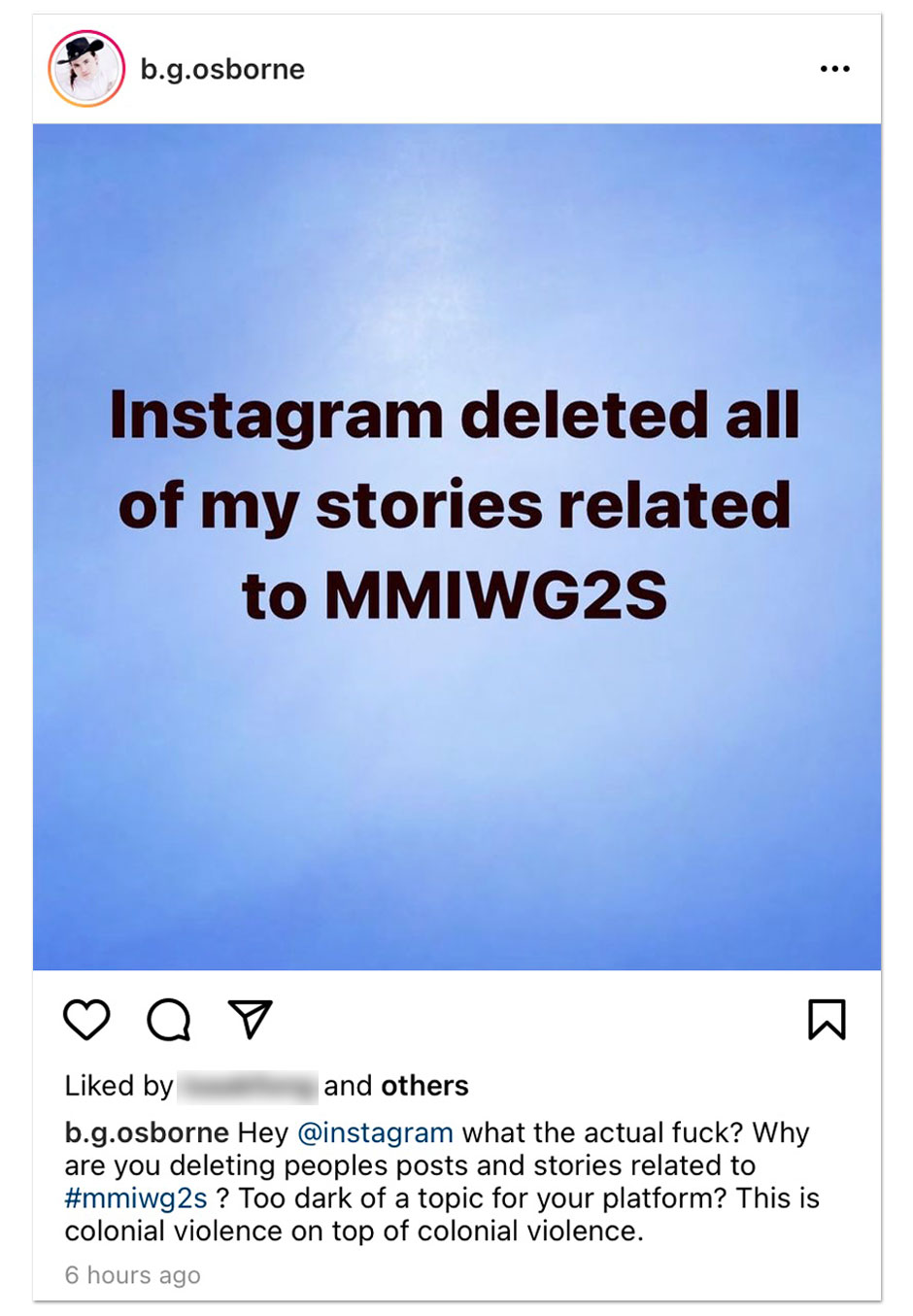 Some Instagram users also reported that other content generally related to issues of race and gender had been deleted on the same day.

B.G. Osborne, a non-Indigenous artist based in Montreal, told PressProgress: “I saw a friend post that their stories were removed (Thursday) morning, so I checked mine and noticed they were taken down as well.”

“Along with many archived stories that were unrelated but talked about gender identity / race,” Osborne added.

Update: In a third statement addressing the disappearing content, Instagram said the problem was related to a May 6 “update” to the platform’s “automated systems” which primarily impacted content relating to protests in Colombia, Palestinian evictions in Jerusalem and MMIWG2S content.

A Facebook spokesperson did not respond to a request to clarify why Instagram’s automated systems mistakenly impacted content on some topics but not others or why, according to its own timeline, Colombian content disappeared before May 6.