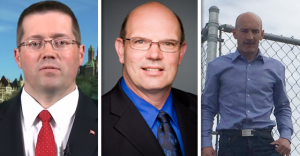 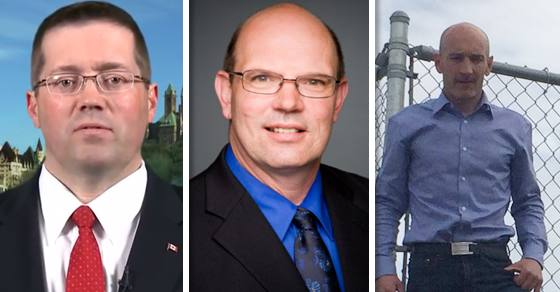 Stephen Harper says "we are way past the time for further study," but if that's true, why do his candidates show they can't get their facts straight on this issue?

Stephen Harper says an inquiry into Missing and Murdered Indigenous Women “isn’t really high on our radar,” even though that’s exactly what the Truth and Reconciliation Commission called for.

The Conservative leader says “we are way past the time for further study.” But if that’s true, why do his candidates show they can’t get their facts straight on this issue?

This week, B.C. candidate Bob Zimmer said the main cause of the MMIW crisis was a “lack of economic activity, or simply put, a lack of a job.”

Zimmer also blamed women leaving their reserves as another contributing factor, and told the NDP candidate, Kathi Dickie, who is a native woman, to “read the RCMP report.“

The Union of B.C. Indian Chiefs said “aboriginal women and communities were shocked, outraged and deeply offended” by Zimmer’s comments, and called on him to withdraw his nomination.

“Astonishingly, Mr. Zimmer’s simplistic solution to one of Canada’s most disgraceful and profound abuse of human rights issues, concerning missing and murdered aboriginal women and girls, is that aboriginal women should stay home, stay on the rez, and get a job.”

Zimmer claimed he was taken out of context and told CBC he wants women to not have to endanger themselves by hitchhiking.

2. John Cummins: murdered women were “putting themselves at risk”

Former Conservative MP John Cummins named “hitchhiking” as a cause of MMIW twice in one panel debate on why aboriginal issues were not a focus in the current election campaign.

“What is I think fairly clear is that, you know, quite often people are engaging in behaviour — hitchhiking on these lonely roads by themselves at night, that behaviour is dangerous.”

While “hitchhiking” does not account for the majority of MMIW cases across the country, it has been an issue along B.C’s Highway of Tears. Studies have point out that for communities with deep poverty, hitchhiking is “sometimes a necessity in remote areas with no public transportation,” yet calls for shuttle bus service along the Highway of Tears have been rejected repeatedly.

3. Deepak Obhrai: “We all know what happened”

Last week, while yelling at an all-candidates meeting, Alberta candidate Deepak Obhrai said the Conservative government is working to “find a solution, not go back and find out what happened” because “we all know what happened.”

Harper has previously said “we should not view this as sociological phenomenon,” but “view it as as crime.”

Over 230 cases of missing women remain unsolved and their families have said police have shown little interest in their cases.

Although Yukon candidate Ryan Leef was the only Conservative who voted for an inquiry into MMIW in June, he didn’t do it because he thought it was the right thing to do.

When asked if it mattered that he was the only person who voted for it in his party, Leef said: “I exercised Yukon’s voice and opinion on an issue that was important.”

Harper has said he does “not view this as a sociological phenomenon,” but as “crime against innocent people.”

Previously, Leef praised “the action that the Prime Minister has shown and the leadership he’s shown on that file is commendable, and it’s something I’ve been proud to support.”

And in a recent interview, B.C. candidate David Wilks suggested the issue shouldn’t be looked at through the lens of race or gender:

Wilks thinks it isn’t fair to focus on a group that only represents 4.3% of Canada’s female population, but account for 11.3% of all cases of missing women and 16% of all cases of femicide?