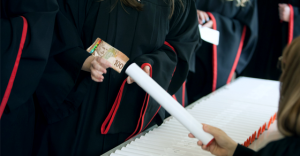 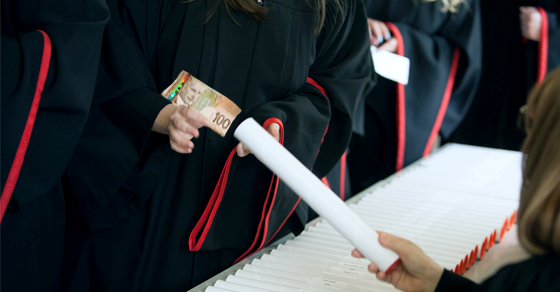 After decades of cuts, is it time for the federal government to start investing in students again?

After decades of cuts, is it time for the federal government to start investing in students again?

A new report from the Canadian Centre for Policy Alternatives questions if the federal government is doing enough to help a generation of debt-stricken young people and reign in out-of-control tuition fees.

Yet the federal government now spends $2.4 billion less per year than it did in 1992-93 – with costs largely shifted onto the backs of students to make up the slack. That’s one of the big forces driving up tuition fees.

The CCPA notes one of the biggest causes of tuition increases has been the withdrawal of the federal government from what was once a major role in funding for post-secondary education, with “lagging federal funding for higher education has resulted in higher tuition fees, as costs are passed on to students.” Over the past two decades, the cost of undergraduate tuition in Canada has increased by 238%. The debt burden created by tuition fees can have a wide-reaching impact.

The Canadian Federation of Students calculates that the average debt upon graduation for those who made use of federal student loans was more than $28,000 in 2014. The CCPA estimates that, as of 2012, total student loan debt stood at over $28 billion.

It also creates challenges for recent graduates, with 40% of young people facing underemployment and 42% of Canadians under 30 still living in their parents’ homes (up 15% compared to 1981), delaying life milestones like moving out, buying cars and homes, saving for retirement or starting a family.

Both the CCPA and the CFS have called for the creation of a Federal Post-Secondary Education Act aimed at making higher education accessible, comprehensive, and affordable:

A federal Post-Secondary Education Act, structured similarly to the Canada Health Act, would help address these root problems. Such legislation would require provinces to uphold principles such as public administration, comprehensiveness, universality, portability, and accessibility. In return for upholding these principles, provincial governments would receive adequate and predictable funding from the federal government.