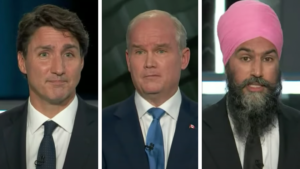 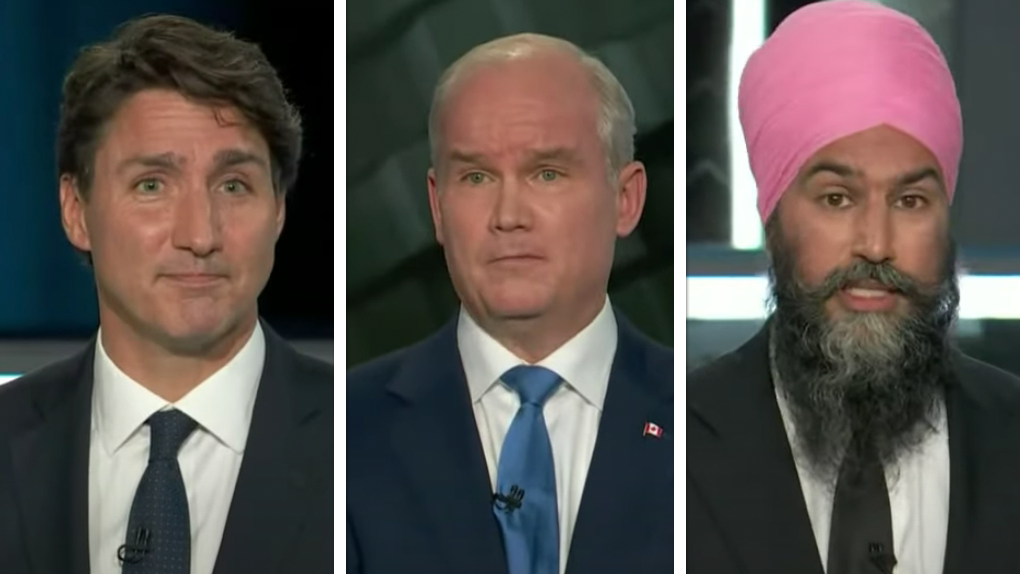 How are parties proposing to transition to a green economy without leaving Canadian workers behind?

After a summer of record-setting heat domes, wildfires and floods across Canada, it’s no surprise many Canadians have rated the climate crisis as their top election issue.

Environmental platforms are often viewed through an economic lens, favouring policies that purport to find a balance between economic growth and effective solutions to the climate crisis.

Less discussed are the impacts of environmental policies on workers, particularly those in the energy and fossil fuel sectors whose jobs may disappear with the transition away from fossil fuels.

BREAKING: we commissioned a poll to find out how fossil fuel industry workers feel about the transitioning energy sector. The takeaway? The findings show a majority of Canadians working in fossil fuels are interested in switching to jobs in the net-zero economy #CanPoli #NetZero pic.twitter.com/faklbk2Lm9

Meg Gingrich, a representative for the United Steelworkers Union, said Canada’s current transition programs for fossil fuel workers fails to meet their needs, despite signs of interest in the industry.

“Existing transition programs are inadequate,”Gingrich told PressProgress. “They are frequently non-existent, or will include re-training not tied to an equivalent job in terms of pay and security.”

A recent report from the Centre for Future Work on the labour impacts of the transition away from fossil fuels stresses delays will severely impact workers and their communities.

According to the report, transitions that are planned well in advance, with gradual, staged reductions and closures will benefit workers currently in the industry, and discourage younger workers from pursuing careers in those industries to begin with.

The transition away from fossil fuels is happening. With smart planning and generous support, we can make it fair and effective. @JimboStanford, Economist & Director @CntrFutureWork on @CBCNews. pic.twitter.com/OXQl4nsmIJ

The Liberal platform touts the launch of the Net-Zero Accelerator Fund, which aims to “decarbonize heavy industry like steel and aluminum, secure Canada’s clean industrial advantage, and create green jobs.”

But given the lack of quality transition programs for oil and energy workers, rising emissions and reliance on energy-intensive, foreign-made construction materials, Gingrich is hesitant to trust the Liberals.

“There are a lot of inconsistencies in the Liberal plan when you compare it to their actual record and when you look at their trade and labour policies,” Gingrich said.

John-Henry Harter, labour studies lecturer at Simon Fraser University, is also skeptical of the Liberal’s reliance on corporations to do the right thing when it comes to the climate.

“Their plan relies heavily on corporate volunteerism and giving billions to existing corporate polluters and hope they change their ways,” Harter told PressProgress.

Though the Liberal platform promises to consult workers on transition programs, Harter doubts the voices of workers would be heard in meetings stacked with oil industry representatives.

The Conservatives’ plan pledges to fight climate change and protect the environment, but stresses the party won’t do it “on the backs of working Canadians or by hurting the economy.”

The Conservative party also plans to invest billions in Newfoundland and Labrador’s offshore oil industry, “creating jobs in a sector that is critical to the province’s future.”

“In no way is this a platform that looks to transition the economy off of reliance on fossil fuels,” said Harter. “Their platform benefits the existing industries that lead to the climate crisis.”

Gingrich pointed out that while the Conservatives’ plan touts the importance of saving jobs, their focus is only on a small subset of jobs in the energy sector, without a vision for how a shift to a decarbonized economy could create jobs.

“On the whole, they present a very individualized approach that will not only not solve the climate crisis, but that is inadequate at creating high quality, unionized jobs in Canada,” she said. “Sectoral planning and investments are required for that, not more tax breaks or an account that helps you save to maybe one day buy an electric car.”

An area where O’Toole’s platform diverges from the rest of the major parties is with the Critical Infrastructure Protection Act, which aims to “prevent protesters from blocking key infrastructure” by criminalizing protests that interfere with an infrastructure facility or public transportation system.

The NDP platform pledges to create over a million new jobs, some of which will be in building green infrastructure, and pledges to provide “expanded EI benefits, re-training and job placement services” for energy workers caught in the transition away from fossil fuels.

The NDP will also require the use of Canadian-made construction materials or infrastructure projects.

Gingrich praised the NDP’s plan for its strong focus on job creation and creating a central role for workers, explaining “plans for using Canadian-made materials in infrastructure projects will certainly help maintain and create jobs in energy-intensive industries like steelmaking.”

Singh’s NDP also promises to create a Canadian Climate Bank, which the party says will “help boost investment in renewable energy, energy efficiency and low carbon technology across the country.”

But Harter sees the climate bank as a pay-out to corporations.

“The NDP platform shows a real reluctance to use state power and instead focuses on industry-worker-government “cooperation”, and this seems naïve,” Harter said.

The reliance on oil and gas companies, many of whom helped create the climate crisis and spent decades spreading disinformation, to voluntarily decarbonize is a problem in all of the federal parties’ platforms, according to Harter.

“All the party platforms are missing the opportunity to move away from bad faith corporate actors and instead nationalize energy and transportation industries to implement green transitions,” said Harter.

“Rather than give billions to industry, we need concrete policies that governments take responsibility for.”