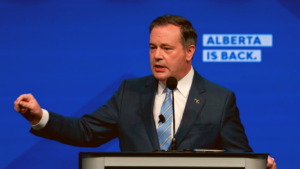 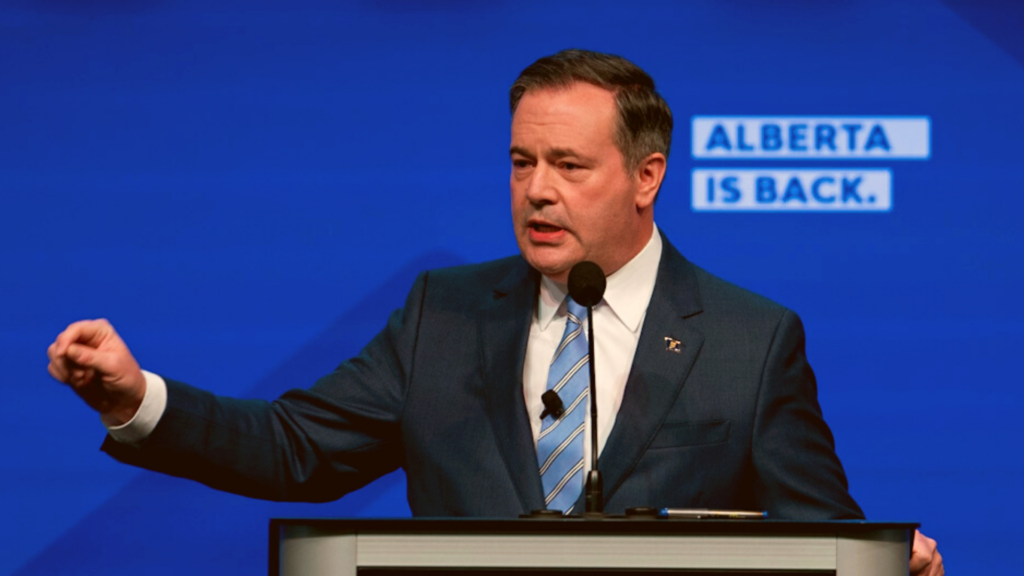 In 2021, Kenney’s government’s $3.5 million “anti-Alberta energy campaigns” investigation came to an inconclusive conclusion, while his $30 million a year oil and gas “War Room”, took aim at US policy makers and a bigfoot cartoon.

Here’s how that went.

Early in the year the Canadian Energy Centre found an unexpected new target — a children’s cartoon about Bigfoot.

The movie followed the adventures of Bigfoot and his woodland friends, including a talking racoon and Grizzly bear.

“Netflix recently added a kids movie that is spreading misinformation about the oil and gas industry,” the energy war room explained.

“The movie — called Bigfoot Family — was number one in Canada and the US when it debuted on the streaming service earlier this year – and peddles lies about the energy sector,” the post noted. “It even shows oil being extracted by blowing up a valley using glowing red bombs that look like something out of an action movie.”

Despite this, CEC CEO Tom Olson promised “ to continue this important work.”

Steve Allan, head of the Alberta government’s inquiry into anti-Alberta energy campaigns, accused CBC News earlier this year of not treating him “fairly” in a dismissed complaint to the public broadcaster’s ombudsman.

The complaint came in response to CBCs coverage of his inquiry’s midterm report, which claimed global elites in Davos are supplanting the capitalist world order through a “transnational progressive movement.”

The report was unfair, Allan claimed, because it did not state that the Inquiry wasn’t endorsing claims made in the interim reports — the reports it paid for and posted online.

The long awaited conclusion to Kenney’s Anti-Alberta Inquiry came late in the year, after multiple delays. But it failed to find evidence of illegal activity on the part of environmental groups.

Worse, citing publicly available information, the report found 37 environmental groups in Alberta had received $54 million over two decades from outside Canada over 17 years. That’s an average of $3.3 million per year.

That’s around 10% of what Kenney’s government spends on its “energy war room“.

But buried within the report was an ironic twist — over $26 million in donations from across the border went towards the top 11 “conservative/market oriented” organizations working to influence public policy in Canada.

But we found a list of right-wing groups unredacted on their website.https://t.co/KENm5y66Q4 #ableg #cdnpoli

Following the Inquiry’s failure to turn up evidence of environmentalists doing anything wrong, it was revealed the War Room registered itself as a foreign agent with the US Department of Justice.

US Department of Justice filings show the war room has registered under a law aimed at curbing foreign meddling in American domestic politics.https://t.co/DVrLQaCRqp #ableg #cdnpoli

According to the registration, the Alberta Government’s corporation aimed to help influence US energy policy through campaigns like “FriendlyEnergy.com.”