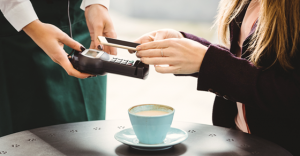 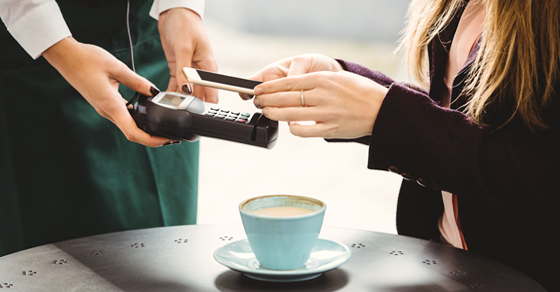 Canadian workers are producing more than ever, but what they're getting in return is declining job quality with lower-wages and insecure contract work.

The economy is changing, there’s no doubt about it.

But even though Canadian workers are producing more than ever, what they’re getting in return is declining job quality with lower-wages and insecure contract work.

In honour of International Workers Day, here are three big fights for Canadian workers struggling in the 21st century economy:

Some people say precarious work is the way of the future.

For example, Finance Minister Bill Morneau suggested young people struggling in today’s economy dominated by low wages, job insecurity and hopping from “job to job to job” thanks to short-term contract should just get used to the “job churn.”

“It’s going to happen,” said Morneau. “We have to accept that.”

That’s Prime Minister Justin Trudeau’s view too – earlier this year, Trudeau suggested job security was an “archaic” idea and that young workers need to learn to accept “the new reality” that “we’re going to have multiple careers over the course of our lives.”

Except most Canadians aren’t jumping from “job to job to job” – what’s actually happening is employers are structuring jobs so workers take on a series of flexible, short-term contracts at low-pay instead of stable, predictable, long-term employment.

As economist Angella MacEwen points out, the average length of time Canadian workers spend working at the same job has remained “remarkably stable since 1976”: In other words, people are still working, it’s the terms of employment that have changed.

Even CIBC observes that the quality of Canadian jobs is undergoing “a slow but steady deterioration.”

A report released at the end of last year found that good paying, full-time jobs are increasingly being displaced by precarious part-time jobs and self-employment.

And CIBC points out that also has an impact on wages, noting that “the share of workers who are paid below the average wage has risen over the years to just under 61% in 2015.”

Ever heard of the “sharing economy”?

Sounds pretty cool, sounds pretty hip, but a 2016 European Commission report suggests the “social utopian” rhetoric of the “sharing economy” has been “hijacked and co-opted” by big business to lobby their way around labour laws and business regulations.

While Uber and Airbnb are usually cited as examples of “technological disruption,” what they’re actually disrupting has less to do with technological innovation than it has to do with undercutting business models – namely cutting corners by driving down labour costs, shifting costs onto the back of their own workers and avoiding taxes.

As the Canadian Labour Congress points out: “the gig-economy is based on a business model where unregulated companies can generate profits, while shifting costs and risks onto self-employed, low-wage workers. This, in turn, lowers wages and standards in the regulated economy, while threatening retirement security.”

And all this “sharing economy” fluff is also being used to redefine the status of workers. The Canadian Centre for Policy Alternatives note that “classifying workers as independent contractors” drives down wages and severs access to the social safety net:

“A large part of the cost savings and flexibility these companies leverage is due to the status of the workers who actually provide the services. A majority of the larger firms, including Uber, classify their workers as ‘independent contractors,’ rather than employees. Estimates are that this strategy reduces labour costs by at least 20 per cent.  While the workers are not bound to a fixed work schedule and may be able to control their income, the long-term social consequences of the shift from employment to contractor status are profound.”

One solution is unionization. Last month, a Washington State judge cleared the way for Uber drivers in Seattle to unionize, and judging by Uber’s over-the-top resistance to collective bargaining, they seem worried it could disrupt their business model.

In the meantime, the CLC suggests lawmakers can improve the quality of the jobs of tomorrow by strengthening workplace standards in “areas related to hours of work and overtime pay, predictable scheduling, vacation entitlementsand other leaves, paid sick leave and the imposition of stricter regulations on the actions of temporary help agencies” while “expanding the scope of how employees are defined and eliminating most exclusions in federal and provincial labour law and employment standards.”

But this sector of the economy traditionally has lower levels of unionization, lower wages and fewer benefits than those offered by the factory jobs of the past.

Just look at retail workers. More Canadians now work in retail than any other sector, but only 12% belong to unions.

And one-fifth of those workers earn the minimum wage – a number that has almost doubled since the late 1990s. One way to help secure a living wage is by joining a union – on average, unionized workers in Canada earn 22.9% more than their non-unionized friends.

Don’t think it can be done? Just take a look at Sweden where 60% of retail workers are unionized.

As a result, Swedish retail workers earn 40% more than their Canadian counterparts, receive greater overtime pay for working holidays and weekends and five weeks of paid vacation to boot.