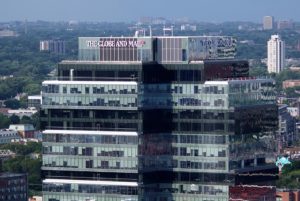 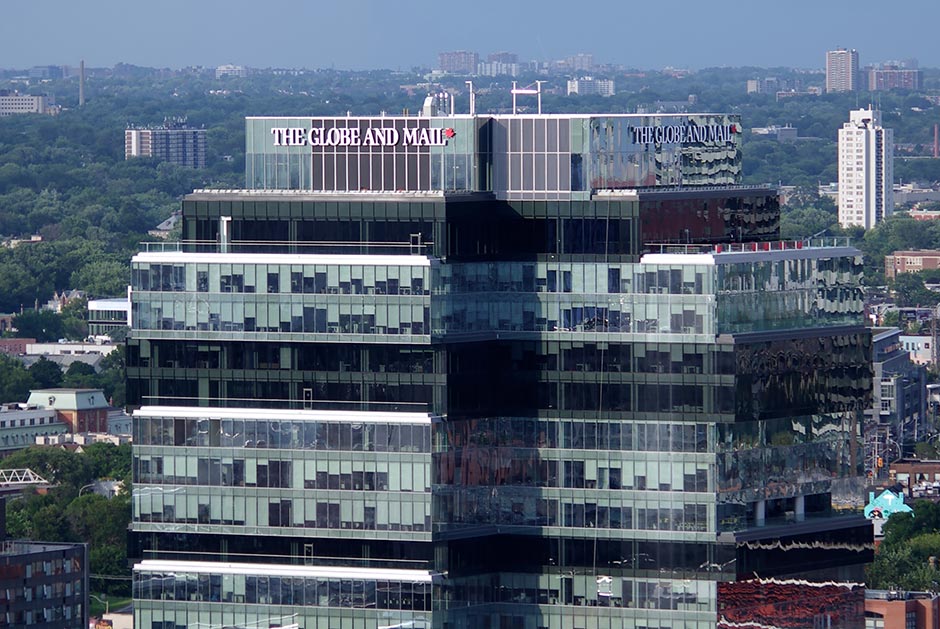 This is the second time Mediacorp gave 'Top Employer' award to a company linked to worker deaths.

Globe and Mail Publisher Phillip Crawley has pledged to review the award criteria for Canada’s Top 100 Employers — a paid content list produced by Mediacorp and published in the Globe annually — after Suncor, linked to 12 worker deaths, repeatedly secured spots in the Top 100.

Suncor was named a ‘Top Employer’ of  2023 despite the company being linked to two worker deaths this year which prompted the resignation of CEO Mark Little. Suncor’s own board acknowledged the company has “fallen short” in “achieving safety and operational excellence.”

Suncor also made Canada’s Top 100 Employers list in 2022 and 2021. Suncor has been linked to a total of 12 worker deaths since 2014 – more than all of the company’s competitors combined.

Suncor’s inclusion in the 2022 Top 100 prompted University of Regina professor and Occupational Health and Safety expert Sean Tucker to email The Globe and Mediacorp in July to express concerns about the award’s health and safety criteria.

Crawley responded to the email saying he would discuss the issue with Mediacorp, Tucker explained.

Mediacorp CEO Anthony Meehan later responded stating that OH&S was outside the scope of criteria used to judge Canada’s Top 100 Employers, Tucked continued, but noted Meehan was open to a discussion.

“What comes through very clearly in this email message is that they view worker health and safety writ large to be outside of what they’re doing – selecting top employers. They view that as a separate issue entirely,” Tucker said.

Tucker then offered to meet with Meehan to discuss improving the awards criteria but says Meehan never responded.

When Suncor made the 2023 Top 100 Employers list again in November, Tucker says he was “shocked.”

“I thought Mediacorp wouldn’t dare select them again after receiving the information that I shared with them about the health and safety record – and they went ahead and recognized Suncor again.”

This week, Crawley issued a statement to PressProgress confirming he was aware of Tucker’s concerns with the Top 100 Employers list and would work with Mediacorp to address them.

“Although The Globe and Mail is not directly involved in Media Corps’ criteria and ultimate ranking of their Top 100 Employers list, as media sponsor, we do publish and distribute it with our product,” Crawley said.

“We have been made aware of the OH&S concerns by Professor Tucker and, in our role as media sponsor, will be discussing the criteria for the rankings with Media Corps to ensure these concerns are addressed.”

“The Globe has promised to take action before but it seems it’s business-as-usual for Media Corp. The practice of celebrating employers with worker deaths needs to end,” Tucker said.

According to the 2023 Top 100 Employers application, companies can list their major hiring locations but are only asked to provide general details about their “main location.” The application does not ask specific questions about OH&S policies or workplace injuries and likewise does not ask for any OH&S documentation.

Employers also submit their own promotional photos should they be selected. Employers pay an application fee of $1,395 CAD.

The Top 100 Employer page for Suncor highlights workplace features and benefits for office workers only, despite featuring a photo of a worker in PPE in the field. In a Twitter video celebrating Suncor’s placement in the Top 100, 10 of the 15 images feature Suncor field workers and only three feature office workers.

“This is obviously an intentional move by them to basically distance themselves or wash away all these worker deaths,” Tucker said.

There are a number of ways Canada’s Top 100 Employers could effectively judge a company’s OH&S record, Tucker says. For example, employers could be required to submit Workers Compensation Board records, minutes from worker-manager OH&S committees and any orders from the Minister of Labour. Top 100 judges could also search media records for reports and investigations. Judges could also ban companies linked to worker deaths from applying for at least 3-5 years.

In 2021, Tucker signed a letter to Globe’s editor alongside over twenty OH&S experts after Cargill was named on the Top 100 that year, despite being linked to worker deaths that resulted in an RCMP investigation.

Our letter has not been published. 1/ pic.twitter.com/ylYieBxGdF

“In fact, Cargill failed to meet the criterion that matters most: whether a worker comes home safe at the end of the shift,” the 2021 letter states.

“The best companies focus on employee health and safety, and we can only hope that this will be reflected in future Top 100 lists.”

The Globe and Mail never published the letter.

Crawley later apologized for not making it clear the Top 100 was paid content by a third party. The Globe’s logo is printed on the Top 100 Employers magazine and on the website.

Labour Relations Professor Bob Barnetson was one of the OH&S experts who signed the 2021 letter to the Globe.

“Top 100 Employer lists are basically one company making a buck off rehabilitating the reputation of other companies, including companies that injure or kill their workers,” Barnetson told PressProgress.

“This company is making a profit off the blood of workers which is shameful and disgusting.”

Barnetson also believes The Globe needs to do more than emphasize the Top 100 list is paid third party content.

“If it appears in a newspaper, most people are going to think that it is legitimate news coverage and they’re simply not going to read the details and that creates a misleading perception that should be of significant concern to publishers like The Globe and Mail.”

“If you want a credible product, you have to have meaningful criteria. So probably employers that routinely kill workers shouldn’t fucking be on the list, right? That should be an automatic no.”