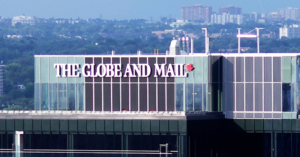 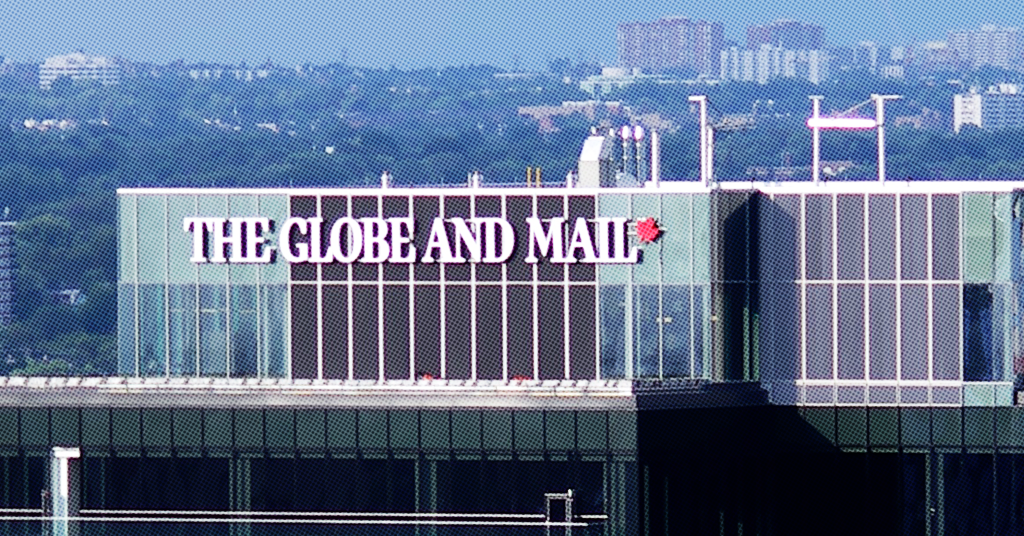 Canada’s newspaper of record is admitting that it made a mistake when it published a list of “top employers” that included a company that is currently facing an RCMP criminal investigation into worker deaths.

In a statement to PressProgress, Globe and Mail publisher Phillip Crawley said the newspaper had issued an “apology” following “failures of policy and process” that led to Cargill’s inclusion in the paper’s2021 “top 100 employers” list.

Cargill, one of the world’s biggest agri-food companies, saw one of North America’s biggest COVID-19 outbreaks at its High River, Alberta meatpacking plant in 2020.  The Globe’s frontpage story on Monday revealed that the RCMP has now opened a criminal investigation into a COVID-19 death at Cargill’s High River facility — the first time Canadian police have investigated a COVID-19 death tied to a workplace.

Crawley told PressProgress that “the publication of the Top 100 supplement in its print form has no connection to the editorial department of The Globe and Mail.”

“Selection of the list of named companies, and the content associated with that in the supplement, is the responsibility of Mediacorp,” Crawley explained, referring to a company that runs an online job site and produces promotional materials about employers through various media partners.

Earlier this month, 22 occupational health and safety experts sent a letter to the editor condemning Cargill’s inclusion in the Globe’s top 100 employers list.

“The Globe’s inclusion of Cargill as a Top Employer in 2021 is at odds with your paper’s investigative reporting on the COVID-19 outbreak at Cargill’s plant in High River,” the letter states.

“In fact, Cargill failed to meet the criterion that matters most: whether a worker returns home safe at the end of a shift,” it the letter added. “The best companies focus on employee health and safety and we can only hope this will be reflected in future Top 100 lists.”

Despite receiving the letter signed by the 22 occupational health and safety experts, the Globe and Mail never published it.

Our letter has not been published. 1/ pic.twitter.com/ylYieBxGdF

Crawley told PressProgress it was not published because “the letter to the editor submitted by the academic group was based on a misunderstanding as to the source of the content.”

The Globe publisher conceded his paper “inadequately explained” that the list was created by a third-party and written by a freelancer.

“Where The Globe erred was in failing to follow our own policy, that has been in place for more than a decade, to clearly label the sourcing of content so that there is no confusion for readers.”

“I have conveyed my regrets for these failures of policy and process to the group who signed the letter, and assured them that the responsibility lies outside the Editorial department of The Globe and Mail, which will continue to provide coverage of Cargill with untainted honesty and integrity.”

Sean Tucker, an Occupational Health and Safety researcher at the University of Regina, told PressProgress he first raised this concern about the Top 100 Employers list with the Globe in November 2020.

Tucker said he asked for Cargill to be removed from the list, describing their inclusion on the list as “unconscionable.”

In a correspondence with Tracy Day, managing director of the Globe’s advertising department, Tucker was told that Mediacorp “compiled” the Top 100 Employers list “based on some fairly robust methodology and criteria.”

Day confirmed Mediacorp was aware of the High River outbreak and suggested it was not relevant since “Cargill has over 8,000 employees, two-thirds of whom don’t work in meat processing.”

“We stand by our decision to editorially support Cargill’s inclusion on the list,” Day wrote.

@globeandmail justification of selection of Cargill as Top 100 Employer. "[…] we stand behind our decision to editorially support Cargill’s inclusion on the list." 2/ pic.twitter.com/ou9XAvT4SU

After Tucker and the other health and safety experts wrote to the Globe and Mail, the newspaper added an editor’s note to the Top Employers list which stated:

“This article has been updated to clarify that all participants must pay a fee to enter the Top Employers competition and that winners are selected by Mediacorp Canada Inc. exclusively. The Globe and Mail is not involved in the judging process.

That view is echoed by fellow signatory Steven Bittle, a criminology professor at the University of Ottawa, who said he thinks the Globe is deflecting responsibility.

“They’re the ones who hired this company or worked with this company to develop this list,” Bittle told PressProgress. “They have every right and responsibility to address problems with it.”

Bittle said that although the Globe does “some good reporting,” the list points to the “corporatization of media” and the way in which Canada’s journalism establishment is “intricately intertwined with big business.”

“The methodologies that these ‘best of’ lists tend to use are nothing but — to put it bluntly — corporate propaganda,” Bittle said. “I think it speaks to the mentality that exists under neoliberal capitalism and this general idea that corporations are an inherent good, that they are value added to society.”

“Given Cargill’s record, I think its entirely appropriate to question their inclusion on the list.”

Tucker said he wants the Globe to go an extra step further by removing Cargill from its list and apologizing to Alberta meatpacking workers and their families.

“I hope that they do some soul searching and the editorial board and the publisher asks themselves, ‘What do we stand for? What are our values?'”