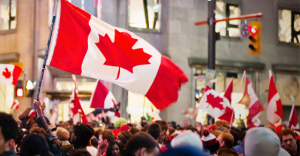 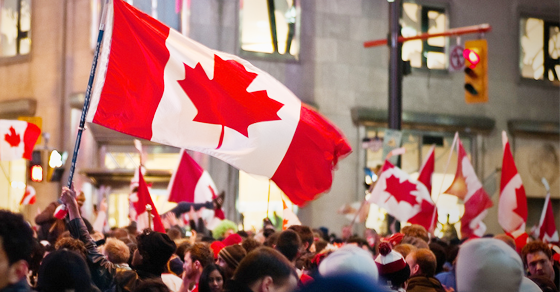 Ever feel sad? Ever feel like you're not "in control" of your own life? Fraser Institute has some ideas why.

Do you ever feel sad?

Ever feel like you’re not “in control” of your own life?

Forget Dr. Phil – if the Fraser Institute’s numbers are right, you may want to give some serious thought to moving to a country ruled by an autocrat.

That’s one possible conclusion tucked away in the right-wing think tank’s latest report that seeks to to discover the “macro-economic and political determinants” of “happiness,” which the Fraser Institute says looks like this:

You see, although democracies may make people more satisfied with their lives, according to the authors of the Fraser Institute report, living under an autocratic regime may increase the feeling of being “in control of one’s own life”:

“So, on average, political democracy seems to matter more for life satisfaction than for the feeling of being in control of one’s own life, which is comparatively higher under autocratic regimes.”

The report emphasizes that “democratic institutions are not relevant for an enhanced feeling of life control” and later adds that “the results still show that [economic freedom] exerts a positive impact on life satisfaction, while democracy remains insignificant.”

Why is that? The report also suggests liberalized economies may not, in fact, lead to “perceptions of increased life control on the part of the rich” as opposed to, say, “poor people”:

Nonetheless, a more liberalized economy, which is characterized by increased freedom of choice and competition for all, does not automatically contribute to perceptions of increased life control on the part of the rich. On the contrary, increased choice and opportunities may comparatively strengthen life-control perceptions of relatively poor people more than those of relatively rich people. High-income earners are more constrained in a competitive setting than in an institutional environment with state-granted privileges, while people at the lower end of the income distribution may be constrained by their smaller incomes but not, at the same time, by restricted opportunities.

Before you think about defecting to North Korea just to regain a sense of control over your own life, it might be worth taking a closer look at the Fraser Institute’s methodology.

To measure “economic freedom,” the Fraser Institute uses 42 variables, including the size of government, legal structure and security of property rights, access to sound money, freedom to trade internationally and regulation of credit, labour and business.

The ILO flagged a number problematic things about the Fraser Institute’s Index, including double-counting, using “different data sources for the same variable” or including military conscription in their index of “labour market regulations,” which the ILO said “fully drives the overall results”:

So, although the Fraser Institute’s report concludes that “future research” is needed to determine “why democracy appears to exert only a weak impact on the personal life control and life satisfaction” of citizens, their own methodology could go some way in explaining why the Fraser Institute thinks people living under “autocratic regimes” are more “in control” of their own lives – because obviously they are not.