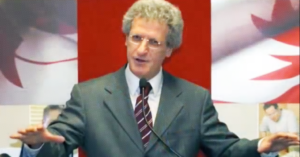 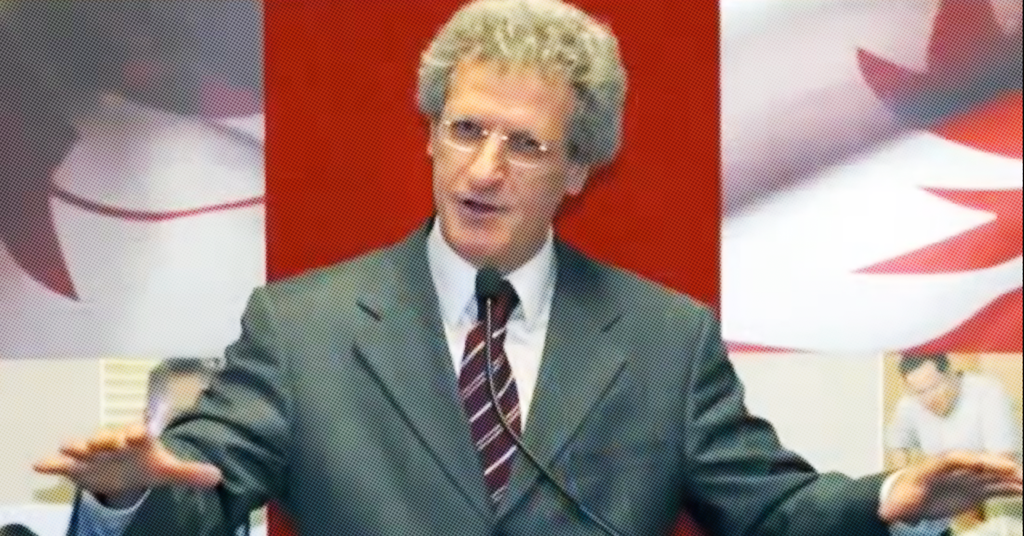 ‘Probably the most intolerant organization around’

A former Liberal cabinet minister is speaking out against the “LBGQT2+ lobby,” a group he thinks is “probably the most intolerant organization around.”

Joe Volpe, who served as MP for two decades under Chretien, Martin and Ignatieff and ran for the Liberal leadership in 2006, has gotten into  journalism since leaving federal politics, serving as the publisher of Corriere Canadese, which bills itself as “the only Italian daily newspaper in Canada.”

Volpe sits on the board of the National Ethnic Press and Media Council of Canada, an association mandated to help disburse funds from the federal government’s 2019 newspaper bailout and local journalism initiative. 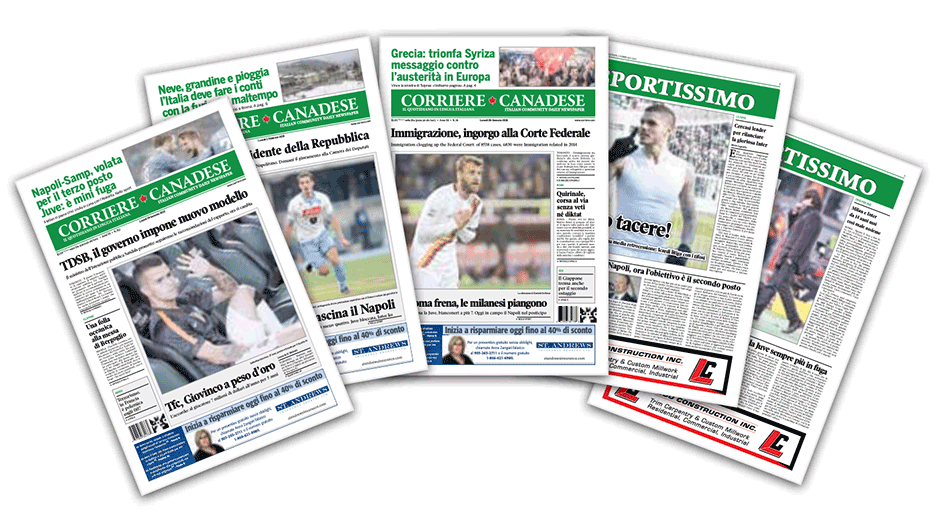 Volpe has lately been penning columns for Corriere Canadese and where he’s earned a reputation as a “watcher” of the Toronto Catholic District School Board.

In a recent series of columns, Volpe complained that TCDSB trustee Michael Del Grande is facing “censure” for comparing LGBTQ issues to bestiality.

During a November 7 board meeting, Del Grande responded to a move to add the terms “gender identity” and “gender expression” to the TCSDB’s code of conduct by insisting the board add bestiality, pedophilia, cannibalism, auto-erotic asphyxiation and “auto-vampirism” to the code, as well.

After Del Grande was denounced by other trustees and politicians, Volpe wrote that he and his readership “wondered why the Church and School Boards have allowed radical advocates for an inimical ethos to set the agenda from within.”

All told, Volpe has authored at least five separate columns bemoaning Del Grande’s treatment by the board — including one in which Volpe wrote:

“The Toronto Catholic District School Board is tearing itself to pieces thanks to the unbridled ambition of a secularist, former Chair, Maria Rizzo, who appears to want to emerge as the ultimate arbiter of what is a good Catholic. Her latest target is her former ally, former Vice-Chair Mike Del Grande. Taking advantage of some anti-Catholic English-language media and press, she and her allies are heaping scorn and vilification on his views about the words to be used in the Board’s Code of Conduct.”

In a November 6 column, Volpe wrote that the “LBGQT2+ lobby” showed itself to be “probably the most intolerant organization around,” after advocates insisted a report on Del Grande’s conduct be made public.

The acronym is typically ordered as “LGBTQ2+.”

And on November 9, Volpe wrote:

“Some Trustees are overstepping their jurisdiction and evangelizing conduct that is inconsistent with the ethic of the school system they are supposed to uphold under the guise of promoting ‘human rights’.”

Campaign Life Coalition, Canada’s largest social conservative organization, has also taken note. The organization shared one of Volpe’s articles on its Facebook page with the caption: 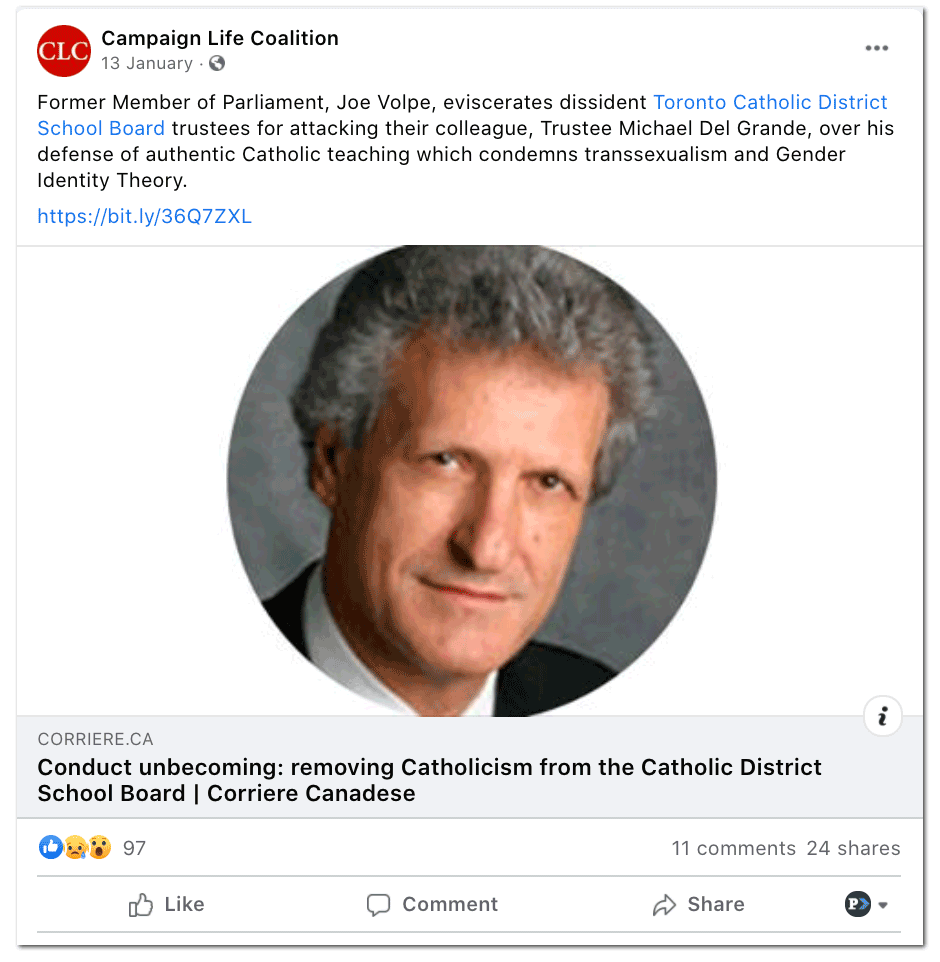 Volpe was Liberal MP for Eglinton-Lawrence until he was defeated by Conservative Joe Oliver in 2011. Volpe served briefly as Minister for Citizenship and Immigration and ran for party leader in 2006.

According to Xtra, while he was a Liberal MP, Volpe voted against legislation that would protect gay and lesbian Canadians from hate crimes and also voted for a Reform Party motion to “exclude gay marriage.”

Volpe did not respond to requests for comment from PressProgress.