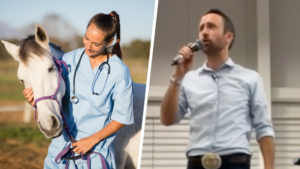 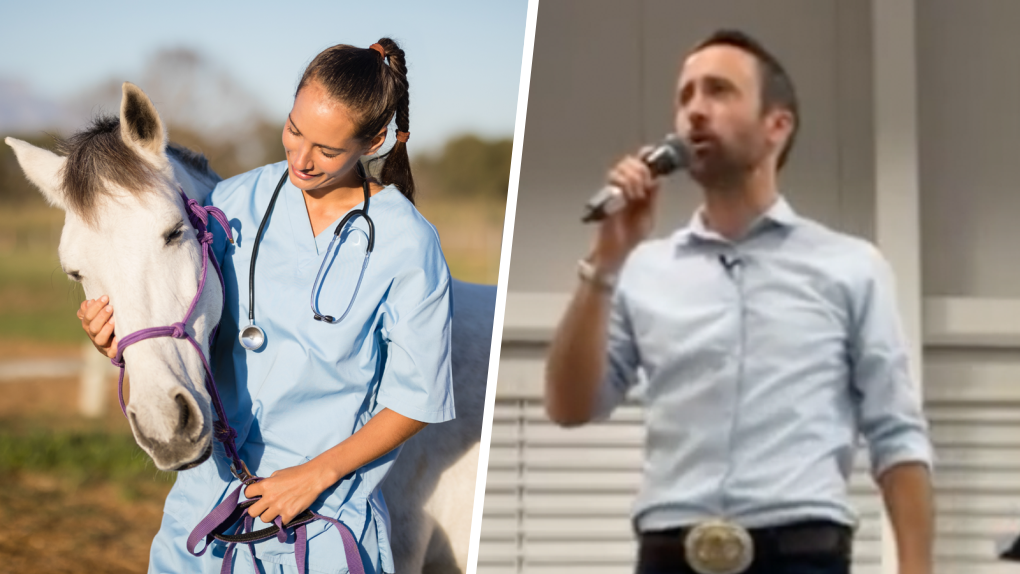 Former Conservative MP Derek Sloan is promoting an unproven and potentially dangerous “alternative treatment” for COVID-19 during his campaign tour across Southern Alberta.

Sloan, who was expelled from the Conservative caucus in January after PressProgress reported that he accepted donations from Neo-Nazi Paul Fromm, recently launched an independent run in the Alberta riding of Banff-Airdrie — even though his current seat is located in Ontario.

During a recent event in Cochrane, Sloan touted the possible benefits of a drug called ivermectin — a drug that has been making headlines after public health officials warned humans not to take horse de-worming medications.

Ivermectin is commonly used as an anti-parasite medication for horses and other animals, although a variation of the drug is also available by prescription for limited human-uses. The US Food and Drug Administration has warned that “people should not take any form of ivermectin” to treat COVID-19.

To a crowd of hundreds of supporters Sloan took aim at his former leadership rival, Conservative leader Erin O’Toole, questioning why “there is no offering or talking about alternative treatments for COVID”:

“It’s atrocious what we’re seeing. He had his health critic write a lengthy paper about how certain drugs should be legalized for gay men, without spending any time whatsoever to write a paper on some drugs that might be useful to fight COVID-19. He’s mentioned a lot of liberal catchphrases, but I’ve never heard him mention ivermectin, and other drugs that might be useful in this fight.”

Poison control centres across the United States have reported an uptick in cases involving ivermectin after the horse drug became a subject of right-wing COVID-19 conspiracy theories popular with anti-vaxxers.

In a statement to PressProgress, Sloan said he does not endorse the use of  “veterinarian or farm-grade ivermectin,” but does believe “lives would have been saved” if a variation of the drug prescribed for limited human-uses was made widely available — even though public health agencies warn it has not been established as safe or effective in treating COVID-19.

In a report, the Government of Canada states the drug is not recommended for prophylaxis or treatment of COVID-19 as current evidence does not show clinical benefit. The report adds that use of the drug can result in “severe reactions,” including “fatal encephalopathy.”

In the United States, the FDA has discouraged use of Ivermectin to treat COVID-19, reminding Americans to “never use medications intended for animals on yourself.”

Despite the warnings and limited supply of the drug, this isn’t the first time Sloan has shown an interest in ivermectin. During a July emergency response debate in the house of commons Sloan said:

“Too many times, we heard nothing but silence in Parliament over urgent issues, such as the detainment of Canadians at airports; research into promising COVID treatments like Ivermectin, which has been utilized in other jurisdictions but not Canada.”

Sloan says his bid to replace incumbent Conservative candidate Blake Richards in Banff-Airdrie will be a “barometer for freedom.”

Update: This story has been updated to incorporate comments supplied by Derek Sloan that were received after this story was originally published.