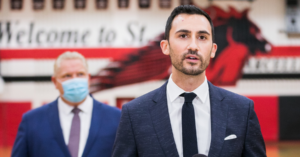 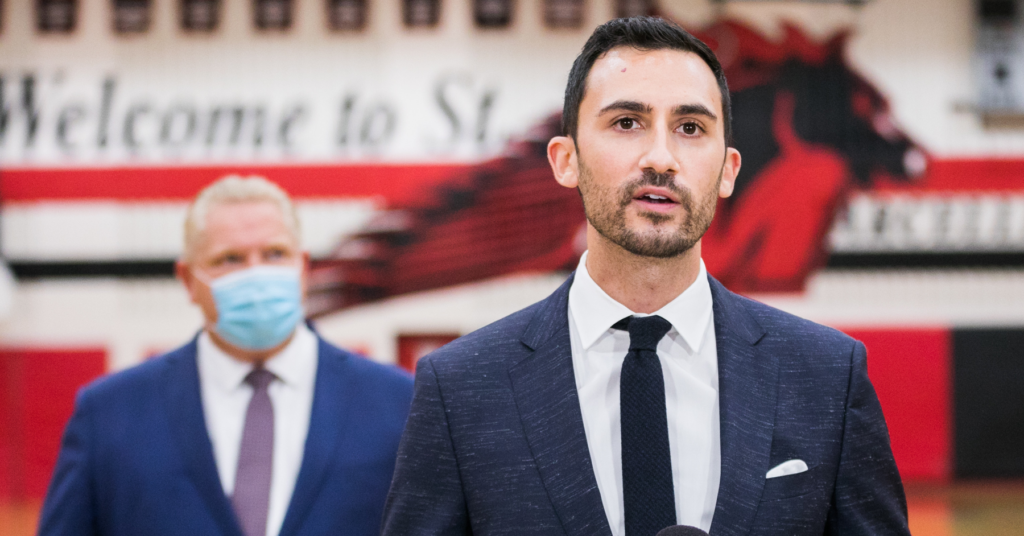 Ford Government Blames Teachers’ Unions For Its Own Memo Revealing $1.6 Billion in Education Cuts and Thousands of Layoffs

Doug Ford’s Education Minister is blaming teachers’ unions for an internal memo posted on the ministry’s own website revealing that the government is planning over a billion dollars in education cuts and thousands of layoffs.

The memo, sent by Deputy Education Minister on February 26, warns Ontario school boards that the Ford government is planning to cut $1.6 billion before September.

The memo notes the funds were used to hire “over 7,000” staff to meet health and safety needs amid the COVID-19 pandemic, although the memo identifies “principals and vice-principals, teachers, educational assistants, mental health workers, early childhood educators, professional / paraprofessional staff, custodians and other staff” as positions that could be impacted by the cuts.

On Sunday, the Office of Education Minister Stephen Lecce issued a statement to PressProgress blaming the internal memo on teacher’s unions.

The statement, sent by Deputy Communications Director Caitlin Clark, dismissed the memo as part of a “longstanding campaign to expand union membership”:

“First teacher unions claimed that we never invested $1.6 billion – nor helped the hiring of 3,400+ new teachers and 1400+ custodians – now they claim the opposite, part of a longstanding campaign to expand union membership even with declining student enrollment.”

Lecce’s Office declined to clarify its statement accusing teachers’ unions of duplicity over the contents of a memo that was posted on the ministry’s own website.

“The statement stands and we would hope that the government’s voice and response is included.”

In a separate statement to CityNews, the ministry “confirmed the contents of the memo” but noted details will not be finalized until the provincial budget is released.