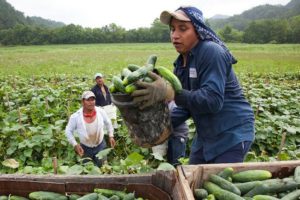 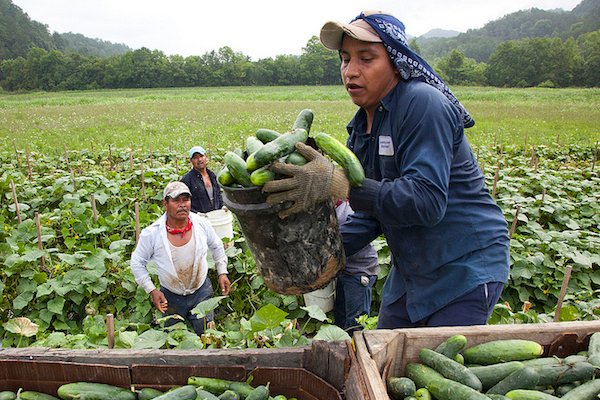 An IIC fact sheet boasts Canada ranks “#2” in the G7 for “lowest costs in the agri-food processing sector.” That, IIC noted, is thanks to low “utilities, transportation, labour and other manufacturing costs.” 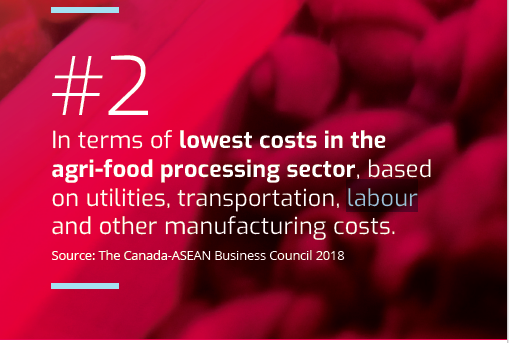 IIC based that ranking on a study by the Canada-ASEAN Business Council. That study, titled The Canada Advantage, read:

As the country with the lowest business costs among G7 countries, food processing facilities in Canada save 32.2% on total labour costs, including benefits, compared to their counterparts in the U.S.

While the average wage for Canada’s agricultural workers is $19.15 per hour, and only  $20.73 for food manufacturing workers, harvest workers hired under the Temporary Foreign Worker Program ⁠— who account for much of the work done in the sector ⁠— are often paid far less, despite not technically being exempt from the minimum wage.

As PressProgress previously reported, migrant workers’ precarity limits their ability to take on powerful employers. That includes employers like the billionaire Aquilini family who were slapped with a $53,000 penalty, earlier this year, for subjecting Temporary Foreign Workers to dangerous working conditions and abuse on their berry farm.

“To boast about low labour costs should be a rallying cry for all to demand fairness for farm workers,” Chris Ramsaroop, spokesperson for Justice For Migrant Workers, told PressProgress. “Migrant workers are employed under a system of apartheid the federal government is complicit in.”

“Farm workers have so little protection in occupational health and safety, employment standards and worker’s compensation, as a direct result of the power of big agriculture, who are opposed to every form of meaningful reforms,” Ramsaroop said.

Aside from temporary foreign workers, agriculture and related production workers earn an average wage of $20.31 per hour, while food processing and manufacturing workers earn, on average, slightly more at $20.73 per hour.

Michael Forman, communications director for the United Food and Commercial Workers told PressProgress legal barriers to unionizing help keep their wages low and improvements in their conditions ⁠— described by Council as “labour costs” ⁠— few and far between.

“Non-unionized workers in agri-food processing face the same challenges as many other non-unionized workers”⁠ — Forman told PressProgress ⁠— “depressed wages, no pension or benefits, workplace harassment, unpredictable scheduling, little or no health and safety training, and arbitrary discipline to name a few.”

IIC’s celebration of those weak labour protections seems to conflict with the government’s promise the IIC will boost FDI that “offers far-reaching economic benefits for the middle class and everyone working hard to join it.”