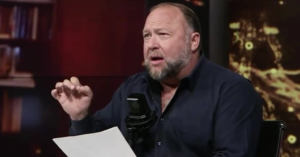 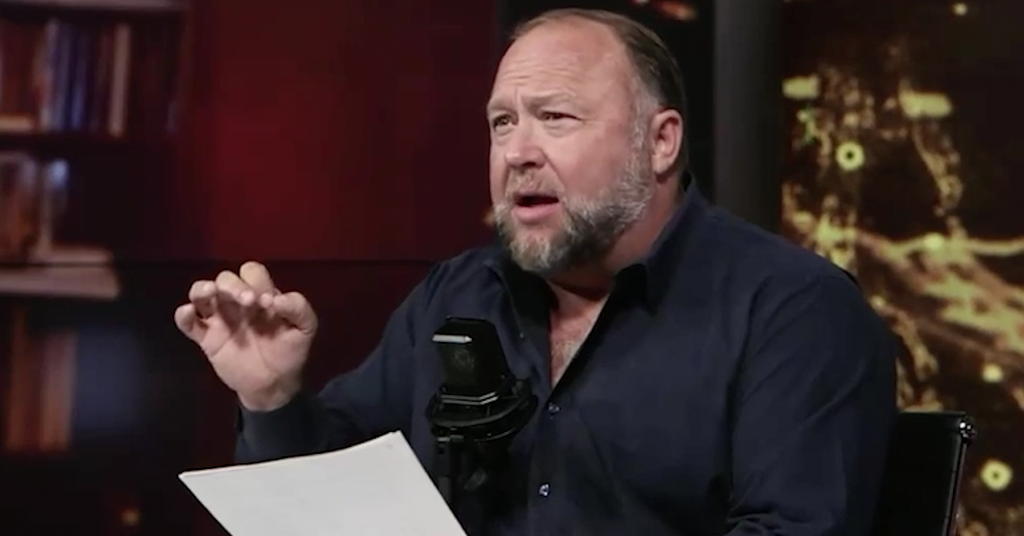 During an interview with John Birch Society Program Director Robert Owens, Jones identified Poilievre as one of the leaders of a “rising” global far-right movement that is challenging the “New World Order.”

According to Jones, those far-right leaders include Canada’s new Conservative leader as well as Brazilian President Jair Bolsonaro and Italian President Georgia Meloni.

“As negative as things are, we got Bolsonaro, we got Georgia Meloni in Italy, we got the new Canadian leader who’s set to beat Trudeau — who is totally anti-New World Order,” Jones said on his September 30 broadcast.

“You look all over the world, we are rising right now.”

The interview between Jones and the representative of the John Birch Society is titled “Understanding the evil genius behind the Great Reset,” which InfoWars describes as the “globalist master plan.”

Jones explains to viewers that the John Birch Society, a conspiratorial far-right  organization that was influential in US politics in the 1960s and boosted Barry Goldwater’s failed 1964 presidential bid, actually “predicted” the “Great Reset.”

Poilievre has repeatedly used rhetoric alluding to conspiratorial ideas popular among the online far-right related to the “World Economic Forum” and the “Great Reset.”

Poilievre’s office did not respond to requests for comment from PressProgress about Jones’ expressions of support or comparisons between Poilievre and far-right leaders like Bolsonaro and Meloni. 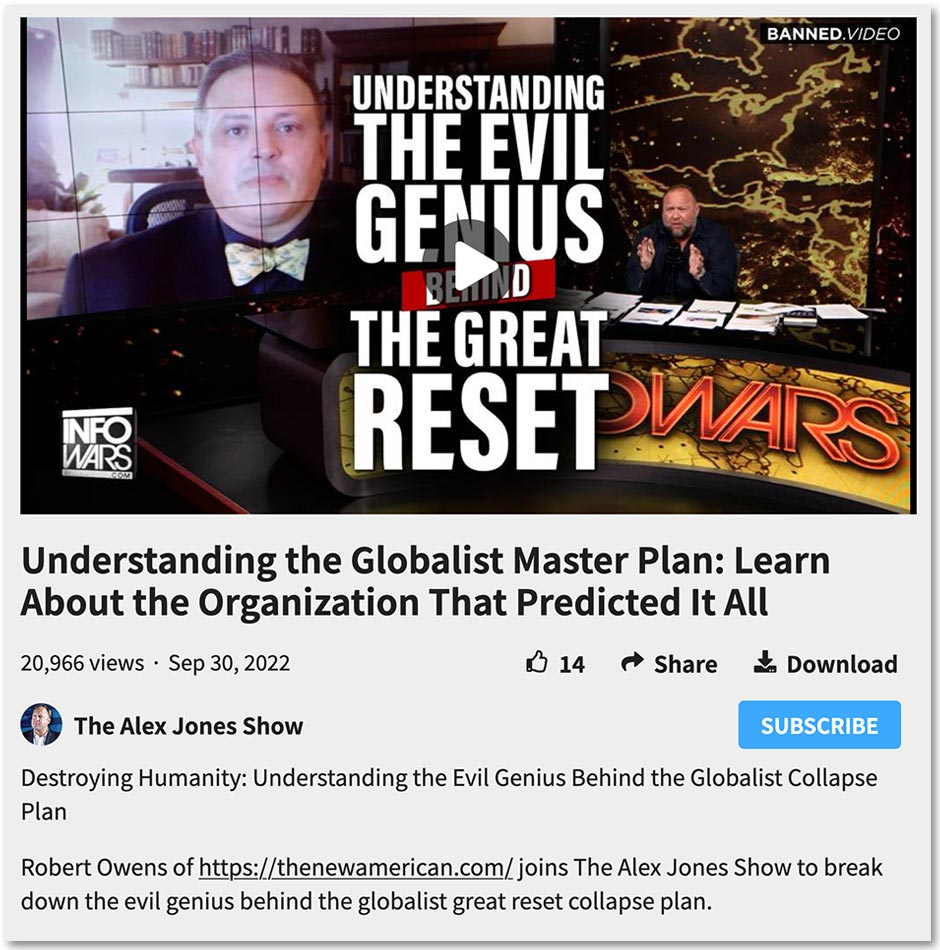 Jones recently lost a $50 million lawsuit over his admitted false claims that the 2012 Sandy Hook Elementary School massacre was a hoax. Jones has claimed the school shooting, which left 20 children and four teachers dead, was staged by the government and that the families of the murdered children were actors.

Jones’ false claims resulted in grieving families being harassed and threatened by InfoWars viewers. Jones faces two additional trials in which he could lose much more.

Jones also played a major role in popularizing the false “Pizzagate” conspiracy, which resulted in a gunman storming a family restaurant to stop a non-existent sex trafficking ring.

Robbie and Alissa Parker testified in Alex Jones’s damages trial in Connecticut about the torment inflicted on their family by believers of conspiracy theories. https://t.co/aGSj6ivm56

Bolsonaro,  widely viewed as authoritarian, oversaw one of the worst responses to COVID-19 in the world which spiralled into a humanitarian catastrophe.

The Brazilian president is currently seeking re-election in a campaign bankrolled by rich landowners against a left-wing rival Luiz Inácio Lula da Silva who was wrongfully imprisoned on false corruption charges prior to the 2018 election.

“The Canadian far-right sees Poilievre as a useful tool to achieve their goals, and his populist campaign leverages the idea that he is fighting for ‘the people’ against a corrupt elite,” Simons told PressProgress.

“What’s interesting is that the far-right is actually quite split on whether they genuinely support him and the Conservative Party of Canada, or whether they are just immediately useful in order to oust the Liberals and mainstream their ideas.”

“When a divisive figure like Alex Jones describes Poilievre as ‘anti-New World Order’ and compares him to figures like Meloni and Bolsonaro, that lends Poilievre credibility amongst his viewership, and grants them permission to support him – even though many in the far-right have criticized him and the Conservatives for their policy positions.”

“By putting those three in the same box, it also potentially sets up Poilievre to be a deep disappointment to his more hateful supporters if he doesn’t live up to their ideals.”

MPs from multiple parties pointed to the tweets as evidence Poilievre’s dog whistles to the far-right are being heard by their intended target audience.

Liberal MP Mark Gerretson shared a clip of Jones’ broadcast on Twitter last night which was retweeted over a thousand times.

“It’s hard not to think @PierrePoilievre is an alt-right populist when you stumble upon something like this. Alex Jones, arguably one of the most alt-right commentators out there, considers PP one of his crusaders,” Gerretson tweeted.

It’s hard not to think @PierrePoilievre is an alt-right populist when you stumble upon something like this.

Alex Jones, arguably one of the most alt-right commentators out there, considers PP one of his crusaders. #cdnpoli pic.twitter.com/OoaeB47gOQ

“Conspiracy theorists like Alex Jones of InfoWars love Poilievre,” Turnbull tweeted. “Jones claimed the Sandy Hook shooting, where 20 kids 6-7 yrs old were murdered, was fake & then promoted the conspiracy theory that tortured families grieving the loss of a child!”