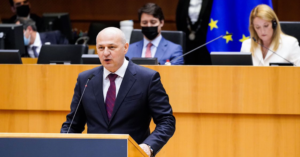 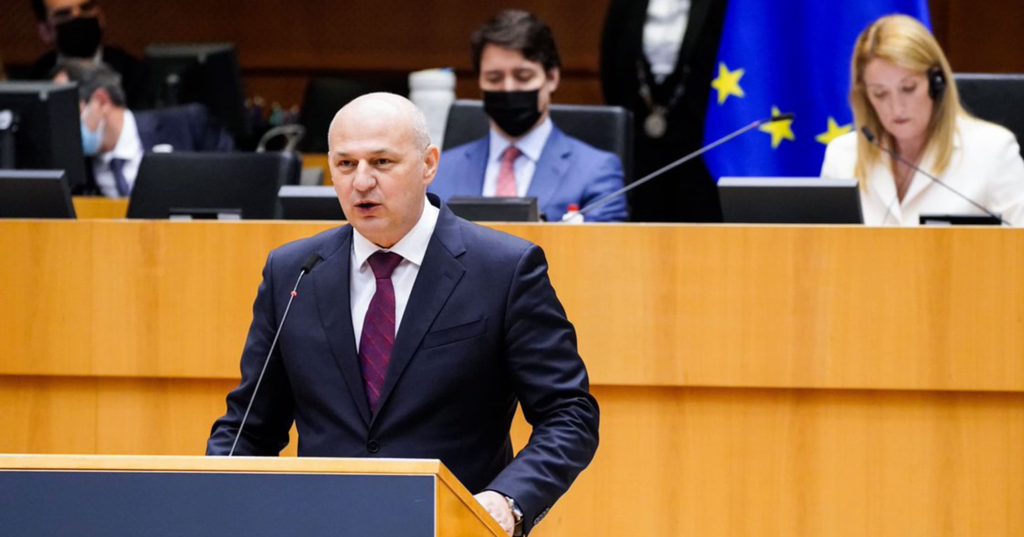 European politicians who made headlines in Canada this week after condemning the Canadian response to the Freedom Convoy’s illegal occupation of Ottawa are also known for promoting extreme, hateful and conspiratorial views.

Although the comments barely raised eyebrows in Europe, the video was amplified by Canadian right-wing websites.

The story was later picked up Canadian sites that specialize in viral content, like Narcity and Daily Hive, and then by major Canadian outlets, including the Globe and Mail, CTV News and Postmedia newspapers , which suggested the comments signal Canada’s status as a “symbol of the modern world” has fallen.

The Globe and Mail later edited its headline to note the politicians were “far-right.”

One story in Postmedia’s Toronto Sun tabloid ran under a sensational headline:

The Toronto Sun’s front page Friday morning went further, suggesting “not everyone” in Europe is “buying” Trudeau’s warnings about the dangers posed by far-right extremist movements, such as the Freedom Convoy.

“Now he wants to warn other democratic countries about the dangers of these movements?” the Toronto Sun’s cover story by Brian Lilley asked. “Several members of the European Parliament were having none of it and called out Trudeau.”

One detail Lilley and the Toronto Sun’s headline writers tiptoed around was the fact that the voices they were amplifying are associated with COVID-19 conspiracies and the extreme far-right.

For example, Christine Anderson, the Member of the European Parliament who called Canada a “dictatorship of the worst kind” belongs to Germany’s far-right Alternative für Deutschland political party.

The AfD is a xenophobic and ultra-nationalist political party notorious for trafficking anti-immigrant, anti-refugee and anti-Muslim rhetoric.

Anderson is a member of an “alliance” of European MEPs opposed to vaccines and COVID-19 public health restrictions and has previously been outspoken supporting European knock-off convoys inspired by the original Ottawa Freedom Convoy.

In early February, Anderson released a YouTube video voicing her support for the Freedom Convoy’s illegal occupation of Ottawa, telling convoy supporters that “we have to fight this now before our democracies have been turned into full-blown tyrannies.”

The German parliamentarian later appeared on Rebel Media to reiterate her support for Canada’s Freedom Convoy, telling Ezra Levant: “It is simply not enough for just a handful of politicians to stand up and raise their voices against this whole COVID madness, this is not enough — we need the people taking to the streets.”

According to Der Spiegel, Anderson has also participated in street protests organized by the hate group PEGIDA, a group whose acronym stands for “Patriotic Europeans Against the Islamization of the Occident” and is seen as a group allied with Alternative für Deutschland.

The Southern Poverty Law Center describes PEGIDA as a “far-right, anti-immigrant street movement,” while the Canadian Anti-Hate Network has noted connections in Canada between PEGIDA’s Canadian spin-offs and conspiratorial anti-lockdown and anti-vaccine protests. 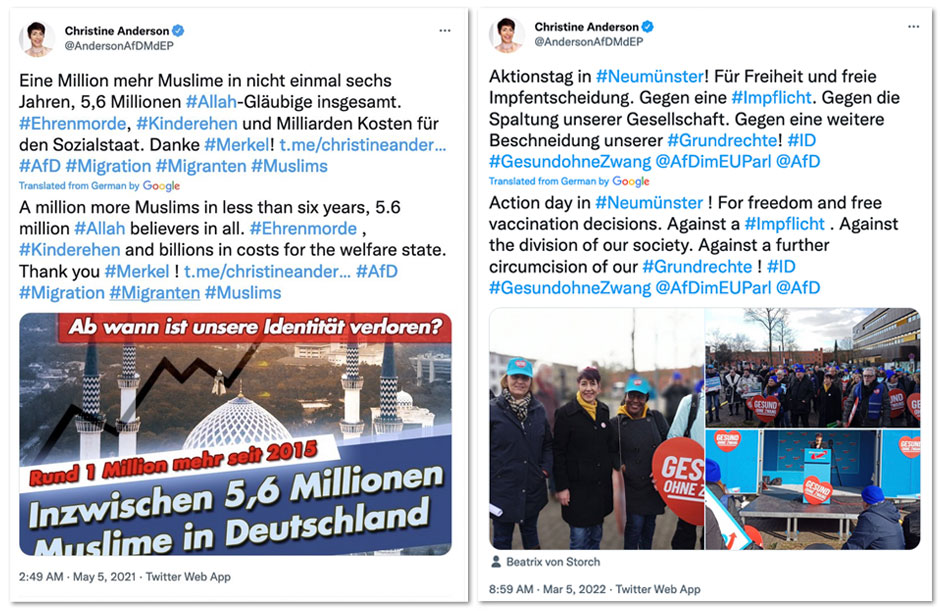 Another Croation MEP, Mislav Kolakušić, was cited in Postmedia’s coverage as an example of a parliamentarian who called Canada out for civil rights violations without noting his longstanding opposition to vaccines.

Kolakušić is outspoken in pushing conspiratorial claims, including that the World Health Organization engineered a “successful pandemic” and railing against Microsoft Windows creator Bill Gates’ role in promoting the pandemic. 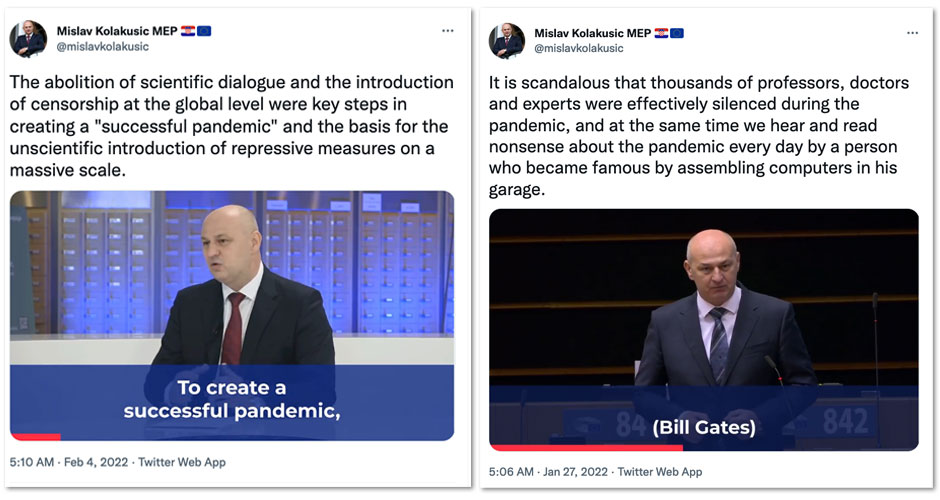 Kolakušić also previously falsely claimed COVID-19 vaccines have caused tens of thousands of deaths in the European Union, something he described as a “death penalty” or “execution,” going so far as to suggest French President Emmanuel Macron is complicit in “murder.”